A bunch of SOB's .... and a little morning melody.

OK.  Kinda rough night.  Meet with some SOBs  (Society of Oshkosh Brewers) a nice collective of home beer makers at Oblio's  last night and stayed much later than usual. Karl and Lee have decided to snowshoe across the Lake while it is still frozen.  It's eleven miles across.  Lee's wife, Denise, and I are supposed to pick them up on the other side.  I'll let you know if that ever happens.  In other SOB news, Al wants to start a blog dedicated to Lutefisk..... to know more click HERE. Katie said she will leave him for the day if he plans on cooking it at home.  I'll let you know if that ever happens.  I also plan to post Katie's recipe for beer rye bread.... which is truly marvelous.  You will see it here.
And now I need a nap.
Posted by okjimm at 10:37 AM 1 comment:

Spring is around the corner.....PLUS an add on

maybe down the block.... or just coming back from vacation, or hiding out... whatever.

So.... I thought I would share one of a few photos my brother John, the country hippie, sent of his garden from last summer.

I have to admire someone who grows his own Kiwi fruit.

Hope it warms your day.  and a postscript lifted from

For your morning commute. Enjoy. 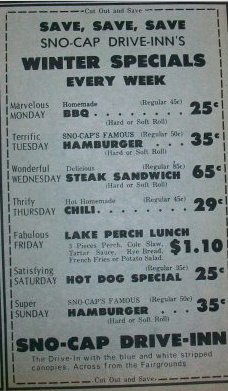 I ain't gotz no clean underwear neither, no peace of mind, no money, no love, no job......see the whole world is full of things I ain't got.  Gotz no paper boy, cause the news ain't a-reading.... and I have no cafe no more.  Not one where you know the owner or the waitress knows you and you really don't have to read a menu to know what you want... or the waitress just brings you the eggs over easy with hashbrowns and whole wheat, cause she knows what you want. Don't gotz that no more. No more butcher shop where they will slice the bacon as thick as you want.... and the guy calls you by name. That's gone. Don't have a hardware store where the old guy can figure out what you need even if you can't explain it well......or at all.  The corner bakery is gone. A good home mad burger is gone. Ain't no 'Lucy' or 'Andy' or 'Green Acres' on TV to make me laugh.  No good FM stations worth tuning in to neither.  Not in my neck of Wisconsington.  Nope. All done. Used to have a mail man I knew by first name who would but boxes inside my back door cause he knew I didn't use the front. Nope. No more.
And there is no news to watch and trust.... just a bunch of fucking talking heads.

No bars around that sell pickled eggs and turkey gizzards neither.....less you want to head way north. Boy&Howdy.... the dinosaurs are dying and I sure miss them.  Truly I do, and if I think about it too much I'll just get sad. So I don't.

That's another thing done gone away on me.... my ability to think.  Not sure about that one..... guess I'll have to think about it a bit to make sure.

Well.... and here's the deal and it shouldn't be a surprise to those that read my pages and it really won't surprise those that don't....... but I just make up this stuff on the spur of the moment.  Yupp....get up and have a thought (which is totally and radically differn't than thinking) and I walk to the coffee house and type away.. (ain't gotz no internet at home, see) No first draft no second draft and there won't be no thrid draft until Oblio's opens.  Yupperz.... 99.9% of everything here is bullshit. And I like it that way, thank you very much!  See, if I did it any other way I would have to think and I already said I can't do that no more.
OK.... but I do this anywayz cause as everything else has disappeared, the stuff I liked, I realize what is sad about those things going away is that is where you saw, met, and talked with folks. Now everyone just goes to get what they need and then getz home.  Or, if you head out somewhere to have a drink at Applee-fucking-Bee's or TGI who gives a fuck, or any of those other goddam box-bars, you bring the folks you want to talk with with you.

Nope... see, and the way I see it, this is one of the last places I can go and meet interesting, thoughtful, articulate (mostly) people that may give me an idea or two or three.
Lately... that has what has happened, and I ain't gonna go into specifics because that would mean I would have to think again and I am thinking that I am giving up thinking for Lent.  Oh, talking about Lent, doan get me wrong.... I still ain't much into religion, about as much as I am into leftover french toast iffen you need to know... but anywayz I always liked Lent cause it was a good reason to give up on things that I never cared for anywayz.... like this year I am giving up Bill O'Rielly.  See, Lent has gotz some positive stuff about it that has nothing to do with Jesus or Easter Bunnies or any of all that.
Ok.... where was I...oh yeah..... see the deal is, and it ain't no deal.... but I have really run into nice folks on the blogs. That's it.  Done and Done. No more to it than that.

Sorry to all the folks that read all the way through this just to read that, but it's the stuff. 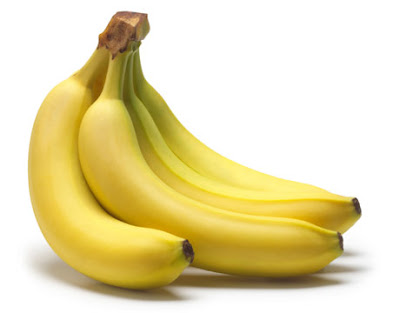 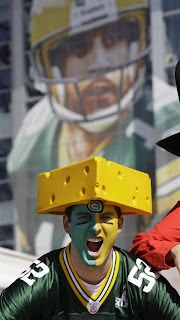 ok... there was this little football game played Sunday night, the Green Bay Packers vs. Some Team from Pennsylvania or Transylvania or Videomania or some such place.  Anyways, there was another team on the field and they wore a different colored shirts.  What else do you need to know?  I guess I am a little biased.... the Packers are one of the oldest professional franchises in sports and they are in my neck of the woods, just fifty miles north as the crow flies or the fruit plies or whatever.  Now I don't like baseball, I think pro-basketball sucks,  and golf is a nice game if you have nothing else to do, but to watch it on TV is a kin to taking a sleeping pill.  And I am not a 'football junkie'.  One or two games a week are plenty and of course, one of them is the Green Bay game.
So...... now you have the biggest game of the year, with more hoop a la and hype and stuff than any other. Now,,,, you have to take this serious.  I could have gone to parties, or a sports bar but I decided to keep it simple and just head down to Oblios's and watch the game amongst peoplethat  I mostly know..... mostly Billy Lang and Joe.... mostly they are people... most of the time.
Anyways..... to get ready for the Big Game you have to prepare properly and as this game will involve more beers than the usual game the first thing to prepare is your stomach and there is no better way to prep your stomach for a big game than to eat a dozen doughnuts.. 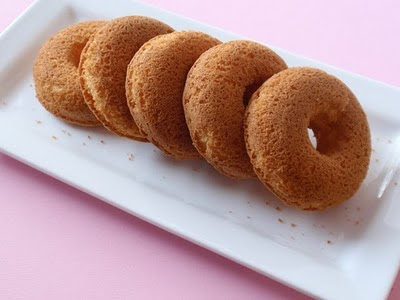 Manly doughnuts, too!  None of that creamy frosting, sprinkly filled things.  Nope.  Just good old fashioned fried doughnuts with coffee. And the formula is one doughnut for each planned pint of beer.  I figured n even dozen would do the trick.
Then you have to exercise.  I take a pint glass, fill it with sand, and do repetitive arm curls.  Usually ten reps for every anticipated pint.  See, this is a science.  After exercise, a nap is in order.  Fifteen minutes for every quarter of football you plan on watching,,, and an extra 15 if you plan on watching half=time show. (optional).
Honestly.... it is a formula that has worked for me for years. Well I didn't plan on watching the half-time show..... so I only took an hour nap and by four thirty I am properly situated on a fine, solid oak bar stool at Oblio's. Now while I am waiting for Joe and Billy Lang (seriously the guy with two names that have to go together; you can't say Billy and you can't say Lang....it's Billy Lang) this dude who has already started way to early buys the bar a round of shots.  Well this is a once-in-while occurrence and there has always been something about the word 'free' that makes me a bit giddy. Well the guys show up, we have a beer and next thing you know, it's kick-off, which billy Lang celebrates by buying the three of us a round of tequila shots.  There is a small, distance history with the three of us and tequila shots... but I won't go into that here.
Now the Packers are up by 14 into the second quarter which is good enough reason for Joe to buy a round of tequila shots.... again, this history thing.  Anyways, lemmee tell you something.... never never listen to a joke while doing a shot of tequila.... it has a tendency to come out your nose, which is what happened.  Which is the history... which is why they both try to say something funny about when I have that glass right  up to my lips.  Assholes.
Right before half-time, and I have forgotten how many beers have been ingested...but it seems that we should get something a little more fortifying than chips..... So I call my daughter, Wonder-Girl, who is spending the Super Bowl delivering pizza for this gourmet pizza shop.  I vaguely remember calling her on her cell and telling her to bring us whatever is the best deal... which turns out to be a massive thingeeeeee.....I am still not sure what exactly was on it.... but my mustache was soon a mozzarella draped lip covering.

Damn good pie!!  Especially with a Bell's Amber Ale, which is what I think I was drinking.
Now.... I am maintaining, really, a fair amount of sobriety. Which means I am still following the game.  which, all things considered, was a heck of a match up between two pretty good teams, and no really stupid referee calls. and, in this part of Wisconsin, the bar was virtually devoid of any Steeler fans.
but all good things must come to an end... and end good it DID.
There was this 'morning after' thing though.  Like where are my keys, why are my glasses in the refrigerator, who put that left-over pizza on the stereo and where the heck is my left shoe? 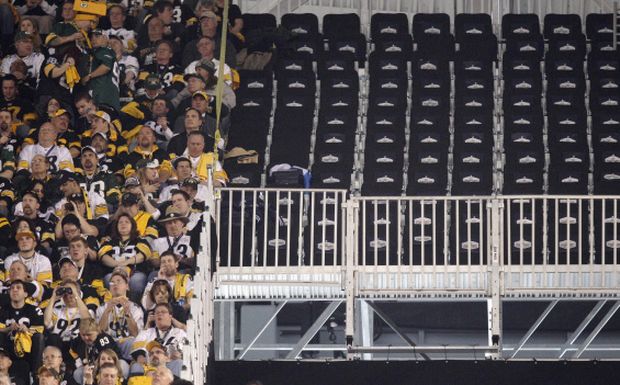 All in all a good time.  An even better time while be when one of the Co-owners of Oblio's comes back from Dallas.......seems like he shelled out about $4K for tickets and was one of of about 400 fans denied access to the game because of the SNAFU with some of the seats.
Schltzie sat somewhere there

Billy Lang, Joe and I can't wait to ask him how he like the game.  What are friends for?
Posted by okjimm at 11:02 AM 9 comments:

Wisconsin will officially shut down this afternoon