The old house had a large screened in porch on the back, just off the kitchen. A nice 14 x16 room. I grew there... on the porch... and it was the bestest place to be.  The house itself was an old Queen Anne... not a particularly nice one, but it had that porch that we pretty much lived in all summer and fall.  We ate meals there, watched TV and when the weather was hot in the upstairs rooms, we slept there... us, the kids.  It was the all purpose space.  The only rule was, in my mother's admonished words every time the back  screen slammed, was "don't let the bugs in".  She could be on the porch or in the kitchen or living room or anywhere and when the door opened she would intone...." close the door, don't let the bugs in".  Letting bugs in was something my mother feared. There was always a fly swatter at the ready.  Bugs will fly around, annoy you, steal the bakery... and possibly leave muddy footprints on the clean floor.

But no matter how careful you are, bugs do get in.  I have bugs in the eyes... and I have to get them fixed.  It is what it is.  A friend I know has the cancer bug.  Lotta trips to the hospital.  It is what it shouldn't be.  Another acquaintance... her husband had a stroke and things are not good. Bugs get in.
And old Buddy called last week.    His mother had died.  She was 90 and things had not looked well for weeks. But, he said, " My parents were born on the same day.... two years apart.  They died on the same day.... ten years apart."  Sometimes, when the door opens, more than bugs fly in.  Maybe. 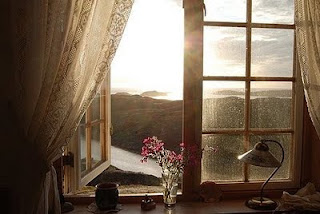 The green has struck my part of the world.  It has been exceedingly warm... almost a month ahead of a normal growing season and everything is turning green.  The lilacs are sprouting, the daffodils are blooming, the tulips emerging and lawns may need mowing in a few days, even.  It has been good to open the windows and feel the cool spring night creep in after dusk.  No bugs.  Not yet.


Got the word last week that LT had died.  Not sure about the what's and why's.  He had settled down in the Virgin Islands many years ago and I would only hear from him from time to time, mostly if he had had a few drinks and he wanted to talk about the Packers or something.  He lived though, as if everything was a screen door to slam open..... I know he left a lotta bugs in.  He really didn't care all that much whether he did or not.  Maybe I do.  Not sure yet, and in some respects... I do not want to think about it much.  I just want to leave my windows open.

Gosh, it sure is a nice Day &stuff

...too nice for sitting around a computer.... nice enough for a walk, rake the lawn... get the dog shit picked up... watch the little green things sprouting..... And have a song and a beer.
Posted by okjimm at 1:52 PM 4 comments: