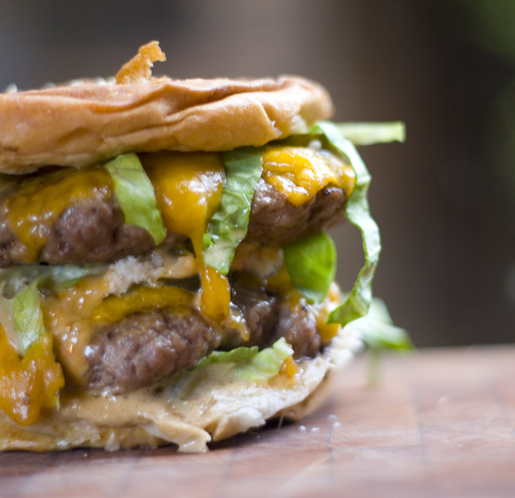 "In his basement are relics from the original McDonald’s on Military. On a section of the wall is the seat he sat in during the film “Super Size Me,” and the booth seat where he and his father enjoyed his 10,000th Big Mac."

Said he wanted to be surrounded by family and friends when he scarves down the 25,000th.  Ssheesh!!

Now, don't get me wrong... I like hamburgers.  I used to go out of my way to hit a good burger joint.  Used to be one a ways up north that made them with fresh ground beef... Old Slim ground it himself.. also had great vegetable soup.... from veggies he grew himself.  Plain burgers with a good homemade bun... a cup of coffee...  when you are on the road a lot, there is nothing better.  But a Big Mac is really not a Burger....more like... gees, I dunno!

There's another place, I was told about, down in AZ and Dallas called the Heart Attack Grill  that thinks they are really special for making some really gross stuff. 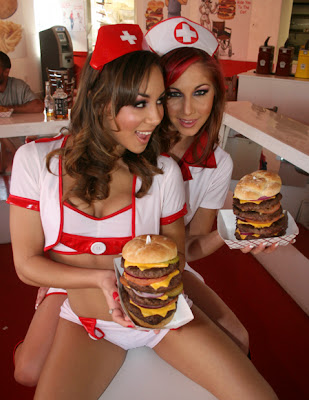 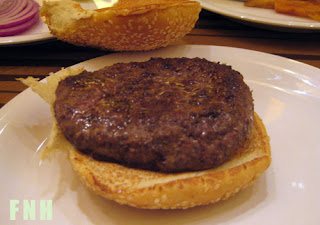 Blogger is back..... but I forgot what I was going to say

DAMN..... AND I AM SURE IT WAS REALLY REALLY IMPORTANT TOO
Posted by okjimm at 2:13 PM 8 comments: 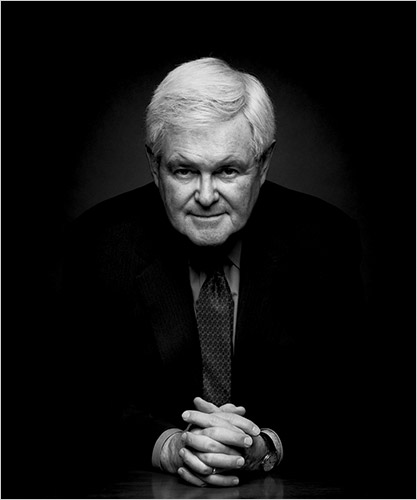 Wikipedia: "Newt is of the Salamandridae family"

... and everyone knows the  bin Salamandridae family live right next door to the bin Ladens!!!!!!


.... and America doan need no more terrorist.... we's already got bin Palin, bin Pawlenty,  bin Bachmann, bin Trump, bin Paul, bin Santorum, bin Romney, bin Dere..... shit, America about bin over and they wanna me to bin over and over again. UHuh... I bin pulling up my pants! I aina gonna Bin over no more!  Noperz!

.. bin Salamandridae would crash an airplane into the Constitution!!!

ya, I bin waiting for the Republican Party to come up with a candidate and all they serve me is a stupid lizard..... sheesh!
Posted by okjimm at 9:28 AM 4 comments: 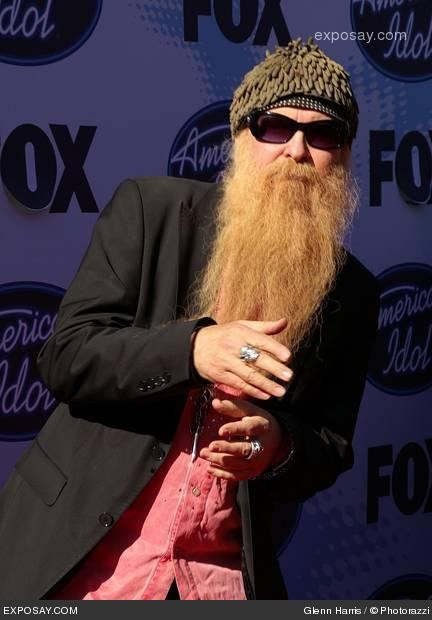 BREAKING NEWS: DONALD TRUMP SAYS WRONG MAN KILLED IN ABBOTTABAD.
In a news conference today outside of the Trump Tower swimming pool Presidential candidate Donald Trump says that he has conclusive evidence that the raid in Pakistani did not occur and all footage was faked and that in reality guitarist Dusty Hill from ZZ Top was slain at a music studio outside of Austin, Texas.  " I want to see the photos, or at least see if they go on tour without Dusty." a disgruntled Trump said. "Hey even if some of my friends are blacks, like Clifton, my personal bartender, it is a well known fact that Black Presidents easily mix up White Guys, or Guys That Could Pass for White Guys, like bin Laden."
Posted by okjimm at 2:32 PM 3 comments:

Great Minds think alike... and then there are Republicans... a day with Eric Hofer 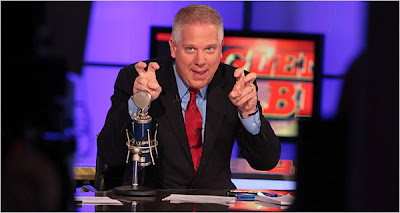 "Rudeness is the weak mans imitation of strength."
— Eric Hoffer 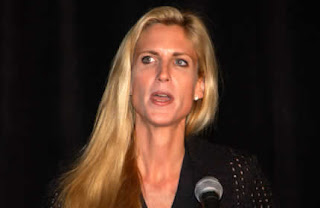 "Our greatest pretenses are built up not to hide the evil and the ugly in us, but our emptiness. The hardest thing to hide is something that is not there."
— Eric Hoffer 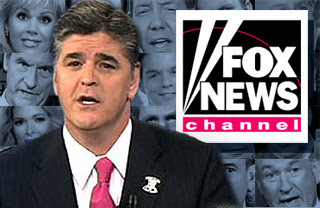 "Passionate hatred can give meaning and purpose to an empty life."
— Eric Hoffer 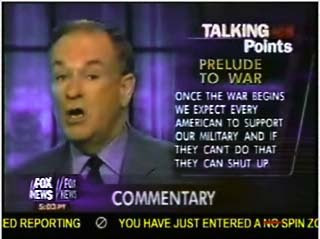 "What monstrosities would walk the streets were some people's faces as unfinished as their minds."
— Eric Hoffer 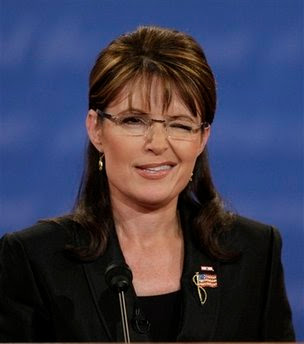 "Every great cause begins as a movement, becomes a business, and turns into a racket."
— Eric Hoffer 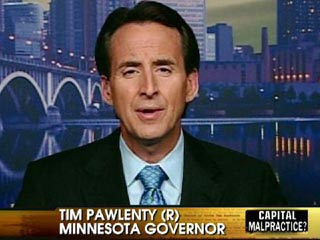 "The quality of ideas seems to play a minor role in mass movement leadership. What counts is the arrogant gesture, the complete disregard of the opinion of others, the singlehanded defiance of the world."
— Eric Hoffer 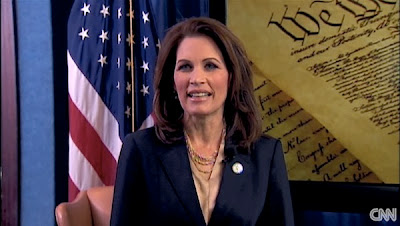 "An empty head is not really empty; it is stuffed with rubbish. Hence the difficulty of forcing anything into an empty head."
— Eric Hoffer 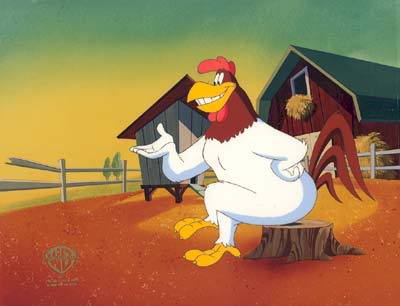 Lookit here son, I say son, did ya see that hawk after those hens? He scared 'em! That Rhode Island Red turned white. Then blue. Rhode Island. Red, white, and blue. That's a joke, son. A flag waver. You're built too low. The fast ones go over your head. Ya got a hole in your glove. I keep pitchin' 'em and you keep missin' 'em. Ya gotta keep your eye on the ball. Eye. Ball. I almost had a gag, son. Joke, that is.
Foghorn Leghorn
Posted by okjimm at 8:08 AM 13 comments: 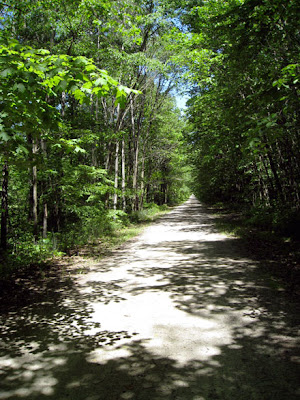 There's sunshine in the heart of me,
My blood sings in the breeze;
The mountains are a part of me,
I'm fellow to the trees.
My golden youth I'm squandering,
Sun-libertine am I;
A-wandering, a-wandering,
Until the day I die.

Robert W Service
Posted by okjimm at 10:29 AM 3 comments: