Snickers.  The Family Dog.... even though she showed up right after my wife and I separated, but before we became Ex's.  That ain't no never mind, and it isn't of particular note, but the kids were ten and seven when Cheryl bought her.  Pure bred Bishon.  So we shared custody of two kids.... and a dog.  For almost fifteen years.

Two weeks ago we had to put her down.  She was almost totally blind, had arthritis in her hips, couldn't eat much ...kidneys were failing.  Cheryl called me and said it was time.  Snickers had a seizure, was shaking, convulsing...did not seem to recognize who we were .... where she was...just pain.  So Cheryl and Wonder Girl and I took her on her last ride.  The Girl held her at the end... and wept.  Cheryl cried.  Me too.  I took her collar off and we went back to Cheryl's house.  Pretty quiet, all of us.  She had given us so much, and it was the last favor we could do.  The Kid went to her room to cry... Cheryl and I sat in the kitchen....we talked... she cried a bit... then she went to her freezer and pulled out a small ziplock bag    that had..... a frozen potato dumpling in it....... and then we laughed right on through the tears. 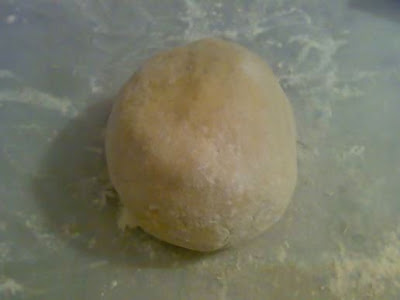 See, the deal was... it was the last dumpling that my Aunt Helen, my father's older sister, had made, something that she was famous for making. Legends are told of those dumplings...seriously... they were that good.

Helen never married, had been a career woman with the phone company, bac when it was called the Bell System.  Forty-two years she worked for them. My sister and I were her main 'kids'... our children were her 'grandchildren'... that was how it was... she would spend days at our house sitting with the kids, and the dog, while Cheryl finished Grad School. Her opinions were open, unguarded and some what officious. Sometimes we became employees instead of relatives, but that is no never mind.  Once a month, at least, we went to her apartment for a dinner of pot roast... and those awesome dumplings.  There is more to say about all that, but it would go on forever and there just isn't much point in that.  She was Helen and Aunt was her title and she wore it as if it were Queen, or President, or Pope.. or whatever.  Aunt Helen.  One word.

She developed Pancreatic Cancer.  The doctor said about six months.  She made it another sixteen.  We took care of her as much as we could.... but she continued to lose weight, got feebler in body... never her mind, but finally I had to get her a room at a hospice where she would be as comfortable as possible.  I was there at least three times a day, more if my schedule would allow... and some days I could get her to eat a little.

On December 28th, 1998... I was at my house with the kids when I had a premonition that I really still cannot describe. It was late and I called Cheryl and asked to come and watch the kids... I was going back to the hospice......

Helen was down to about 80 pounds by then and really couldn't speak anymore.  When I got there I kissed her on the forehead, she woke and mouthed, "Hi, Jim."  I told her Christmas was over... I mentioned who had been up to see her, the memory was slipping away on her.  I told her what the kids were doing, that Cheryl was with them..... and then I told her..... it was ok... to go home...

See, it had dawned on me that she would not die until after the Holiday, that she would not ruin a celebration by dying ... she was that kind of person.  Well, her eyes went wide... she motioned me to get her rosary beads... and she slowly mouthed prayers... and slept,.. and prayed.  I fell asleep in a chair.  They woke me about six am.  She was gone.

Well, I thought of all that two weeks ago, that potato dumpling in the freezer bag on the counter between me and my Ex.  We told a few Snicker stories... and Helen ones.  We got teary and laughed. And teary and laughed.  It is what it is.  Before I left I slipped the dog collar in the bag with the dumpling and put it back in the freezer.
Posted by okjimm at 9:43 AM 12 comments:

have a song... take a drink...call me in the morning 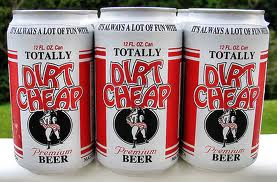 ok... why wait for Yew Nears to make a resolution... nobody ever keeps them anywayz!
I prefer to make them on my birthday... and I like to keep them REAL, I mean, see, things I truly mean to do... so, here goes!!!! 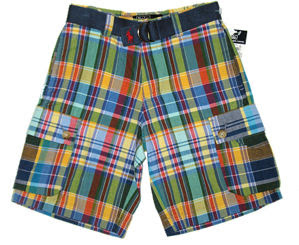 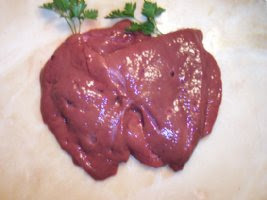 .... never buy, eat, or even think about wearing beef liver 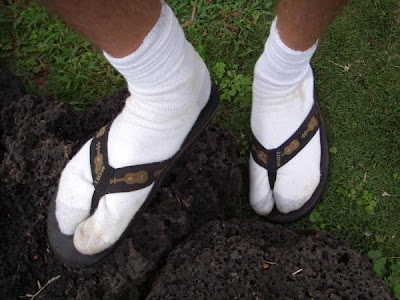