So I saw Lee last night... and he mentioned that he hadn't seen me write much lately.  Asked me why.  Well, I said, "I don't know", which Lee seemed to pretty much understand.  I am thinking that he doesn't know the same things I don't know.  Friends get to know you like that.But I startedd to think, which is dangerous, or at least invokes a small smell of peril after that fourth beer, but I set my mind mightily to the task of finding out what one thing  I do know that is more valuable that all the things together that I don't know.... or at least not yet, anyways.

And this is it....... TAKE YOUR SHOES OFF.  simple.   I just thought of how neat the first grass of spring is really really green.  The best color, if you have to pick a certain color and you picked green, see, you would have to be that particular green, the first grass of spring green.... and it is so sweet and fresh and inviting..... that you take your shoes off and just put your naked feet on the grass and feel the first fresh growth of love from dirt. simple.  It's an air thing, I guess, too, but it is hard to grow things in thin air.  Dirt maybe is best.

So, see, yesterday I learned that someone I had gotten to know, here, in thin air, not dirt...had died.
He had written a small blog, somehow I stumbled unto it, I liked the way he wrote, and gees we gott to be friends.  His name is Bob... and he wrote SEVEN ROADS TO HOME  which was just a nice patch of grass.  When he was diagnosed with cancer he continued to write, about what he loved, going to the Mayo and the Clinic in LaCrosse.  But, what I always liked is when he would write about his garden and talking with his Buddys.

Green is good and from the photo's he would post, it seemed like he was good at making green.  Not the money..... the good green, from the dirt, with love.  I guess he was able to grow friendships, too, right out of thin air, and that is a pretty incredible thought,

Take your shoes off, wherever you are, and let things grow all around your feet.  There is nothing better to know, especially when you have no desire to not know too much.


Where the Sidewalk Ends
There is a place where the sidewalk ends
And before the street begins,
And there the grass grows soft and white,
And there the sun burns crimson bright,
And there the moon-bird rests from his flight
To cool in the peppermint wind.

Let us leave this place where the smoke blows black
And the dark street winds and bends.
Past the pits where the asphalt flowers grow
We shall walk with a walk that is measured and slow,
And watch where the chalk-white arrows go
To the place where the sidewalk ends. 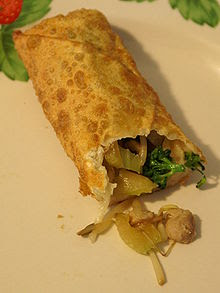 WAUKESHA - A Waukesha mailman has been cited and charged with a first offense OWI.
The postal worker's drunken drive ended at near the intersection of Blackstone and Arcadia when he smashed into two cars trying to park his truck.
"He tried to fit his truck in between the two vehicles using them as bumper cars to fit in there," explained Robert Bartz. His employee watched in disbelief as the mailman hit his car multiple times.
The postman-- who police identify as 45 year old Scott Schepp-- was driving drunk, at over twice the legal limit. Police say Schepp had a bottle of brandy inside his delivery truck.
"It was definitely interesting. I wasn't expecting that," said Bartz.

nothing gets by Bartz

MILWAUKEE - A prank turns to terror on Milwaukee's north side.
It happened when a 21-year-old man thought it would be funny to scare his mother when she got home from shopping Thursday night.
He put on a ski mask, confronted her behind their home and pretended to rob her.
Her son was hit at least twice by bullets, one of them to the groin.
He is in the hospital this morning, but there is no word on his condition.

But Momma says she didn't mean it.

Mitt Romney opened a “tele-town hall” with Wisconsin voters on Wednesday afternoon with what he described as a “humorous” story highlighting his connections to the state. But not everyone found the story, about his father closing a Michigan factory, quite so funny.
“You may remember my father, George Romney, was president of an automobile company called American Motors and they made Ramblers and Jeeps, and they had a factory in Michigan, and they had a factory in Kenosha, Wis., and another one in Milwaukee, Wis.,” Mr. Romney began. “And as the president of the company he decided to close the factory in Michigan and move all the production to Wisconsin. Now later he decided to run for governor of Michigan, and so you can imagine that having closed the factory and moved all the production to Wisconsin was a very sensitive issue to him, for his campaign.”
Mr. Romney continued, chuckling at points:
“And I recall at one parade where he was going down the street, he was led by a band — they had a high school band that was leading each of the candidates — and his band did not know how to play the Michigan fight song, it only knew how to play the Wisconsin fight song. So every time they would start playing ‘On, Wisconsin! On, Wisconsin!’ my dad’s political people would jump up and down and try to get them to stop, because they didn’t want people in Michigan to be reminded that my dad had moved production to Wisconsin.”


Now, if only Santorum could tell a joke that well.

CLINTONVILLE, Wis. –  Bemused curiosity is turning into worry and aggravation for families in a small Wisconsin town longing for peace and quiet after three nights of mysterious booming noises that have sent some residents into the streets -- sometimes still in their pajamas.
The strange disturbance sounds like distant thunder, fireworks or someone slamming a heavy door. At first, many people were amused. But after a third restless night Tuesday into Wednesday, exasperation is mounting. And some folks are considering leaving town until investigators determine the source of the racket. "My husband thought it was cool, but I don't think so. This is not a joke," said Jolene Van Beek, who awoke early Sunday to a loud boom that shook her house. "I don't know what it is, but I just want it to stop."
The booming in Clintonville continued Monday and Tuesday nights and into Wednesday morning, eventually prompting Van Beek to take her three sons to her father's home, 10 minutes away, so they could get some uninterrupted sleep.
No, Jolene, not a joke.  Mitt's was funnier.