.
Backtracking a week....St Patrick's Day.... it was a good night... Love them Irish.... finished about 4 Imperial pints of Stout (that 19.21 fluid ounces! each) plus a goodly amount of corned beef and cabbage... topped it off with a shot of Jameson.  AND... found my own way home, thank you very much!

It was a good respite from all the politics ..... and I have pages and pages and bookmarks and notes.... but I just had to quit... for awhile.  Still making some phone calls....and such.

But what I got today is something I didn't expect. I mean, I have evolved lately to a point where nothing unexpected surprises me,  but once in a while there is the unexpected occurrence that just knocks you outa your socks.  See, there are bunches of things that happen everyday that we do not expect, but when then happen, you know that they could have happened at any time so they really do not set your mind reeling.  You slip on an icy step and sprain your ankle badly.... or you get your hand deep into the dish water and cut your hand on a sharp knife lying there under the soap suds, deep enough to require a few stitches. Maybe a phone call from some one you had not heard from in a long while. They just aren't such unusual events that, when they come your way, you just deal with them and move on. They just are what they are

Then there are the rare scary events that grab your attention and hold them for hours or days. You don't
expect to wake in the middle of the night with an electric shock, a jolt, and have a  clear memory of Sharon sitting naked atop you on the wistful hot July night,so long ago,  naked as the moon shone across that little breakwater island and how she purred, " I'll love you forever...forever...forever."  When something like that happens, truly  unexpectedly, you are surprised and need to get out of bed, light a cigarette and muse how it was those thirty years ago, how it was that when you went to her apartment just weeks later... how it was bare and cleaned out.... no note.  You did expect a note, at least.

But what happened the other morning was even beyond that.... I saw eyes in the mirror ... that were not mine.

Now I have seen my father's eyes in the past, appearing like a memory.... sometimes while I am driving, or reading, or watching TV, and they seem to materialize out of thin air just as if you had turned a corner and run into a old friend.  And these were not his eyes as they appeared that last day of his life, cloudy and dim. The ones I see in those moments are the dark black beads that seemed to go back to all the things he had seen and still wondered about.... the things he still worried over.  He once told me about when WWII was winding down and his artillery unit was pulled off the line and he became a guard at a German POW camp in southern Germany.  The camp itself had been a small satellite Concentration Camp now converted to hold captive Germans.  He told me how they would make the POW swhistle and sing for cigarettes, trading chocolate for war souvenirs, and how he would think, then, that he was only a generation away from having been one of them instead of an American.  I remember  asking him what the camps had been like, did they have gas chambers?  Was he there when the Camp was liberated?  No, he said, by the time he got there, there were just German POWs... and the eyes would get far away again as if there were questions that he couldn't answer but still asked himself.  He told other 'War Stories' but they were always about spending a Christmas night bivouacked in a cemetery or when he and his buddies found a stash of wine in a old cellar.  Never the stories about how he felt.  Those were rare.  It was if he did not want his eyes to wander roads he found unsettling.  But those were not the eyes I saw.
Nor were they eyes of his that would wait up for me after football  when he would want to know all about the game from my perspective.  What happened then?  On third down in the third quarter and "I saw you just level that guy.." or " "gees, you coulda had that interception, how come you dropped it?" Those eyes sparkled, like a clear creek running over rocks.  I always remember those nights.  No matter how late I came home, he would be waiting, the glow of the TV in the dark living room, the glow of his smoke as he waited.  And we would go to the kitchen and he would fry me a venison steak and some potatoes.  Truth be told.... I hated venison then because he would always over cook them and I would have to make excuses for not eating the whole thing.  And, truth be told... I had already forgotten most of the game because I had just spent the intervening time holding hands with Nancy and trying to fumble around with her softer body parts, with little success, so mostly, truth be told,  I just made up stuff  to tell him that would make his eyes sparkle and smile until finally he would say, "you must be tired," and himself shuffle off to bed.  I see those eyes often... and I still like them.
I remember the eyes that looked at me that time my friends and I rolled a car off a bluff Thanksgiving night in 1969 and how they sparked with anger that I had fucked up and almost got killed, how they had a depth behind that anger so filled with relief that I hadn't died, how there was also a bit of sorrow for the pain I was in as they stitched my face back together. When he left the hospital that night both his eyes and his deep bottom gravely  voice growled, "and you are grounded for the rest of your live." which really only lasted three days..... there just was too much relief and love in those eyes to stay mad.

I knew the old man's stories...... most he told over and over and by now I can recall them and hear them, in his voice, just as if he were standing next to me. But it is his eyes that told more stories than whatever came out of his mouth.  And those were long road stories in those eyes..  The sorrow of where he had been and the promises he didn't keep ... and the ones he did.  I could look into them and see his regrets, his joys, days, echoes, ..... I can look into them, even now, and  smell the sweet rolls he would make on Sunday mornings.  Seeing his eyes are never totally unexpected.  Not totally.  They are the unexpected that I expect. 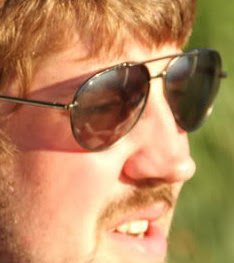 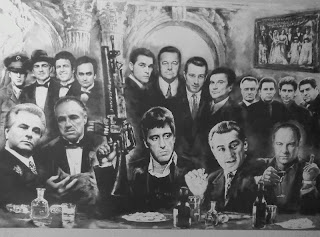 An Indiana prosecutor said one of his deputies resigned Thursday after admitting that he sent an e-mail to Wisconsin Gov. Scott Walker suggesting the Republican fake an attack on himself to discredit public 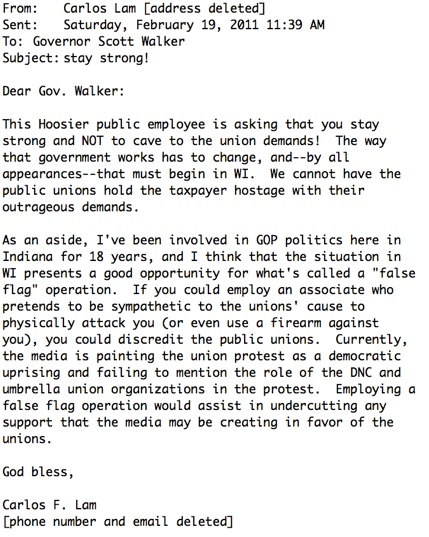 Nipple Tape and other funnies

The Wonderful World Of Nipple Tape
Nipple tape is a cheap effective tool to cover the nipples for topless costumes or costumes that at risk for the dreaded nipple slip. 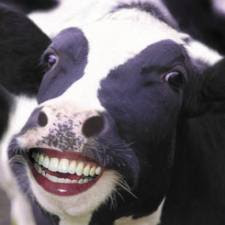 Newt Gingrich addressed his past infidelities by saying, “There’s no question at times in my life, partially driven by how passionately I felt about this country, that I worked too hard and things happened in my life that were not appropriate.” 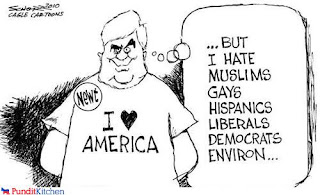 ''You all know St. Patrick is credited with banishing snakes from Ireland. But you guys know the truth, sometimes. There were never any snakes in Ireland. St. Patrick just made that up. Which explains why he's the patron saint of FOX News.''

Two Illinois tourists were driving through Wisconsin. As they approached Oconomowoc they started arguing about the pronunciation of the town. This went on until they stopped for lunch. As they stood at the counter, one tourist said to the cute blonde behind the counter "Can you settle an argument for us? Would you pronounce where we are, very slowly?"
The blonde leaned forward and said "Burrrr-gerrrr Kiiiing".
Ole died. So Lena went to the local paper to put a notice in the obituaries. The gentleman at the counter, after offering his condolences, asked Lena what she would like to say about Ole.
Lena replied, "You yust put 'Ole died'."
The gentleman, somewhat perplexed, said, "That's it? Just 'Ole died?' Surely, there must be something more you'd like to say about Ole. If its money you're concerned about, the first five words are free. We must say something more."
So Lena pondered for a few minutes and finally said, "O.K. You put 'Ole died. Boat for sale.' "

well, I thought they were funny