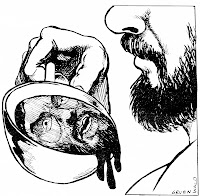 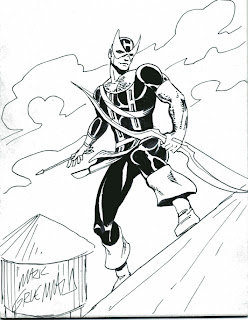 I want to be mixed in hops and brewed.  I think it would be a funny, bitter beer.  There ar worse things.
Posted by okjimm at 11:59 AM 3 comments: 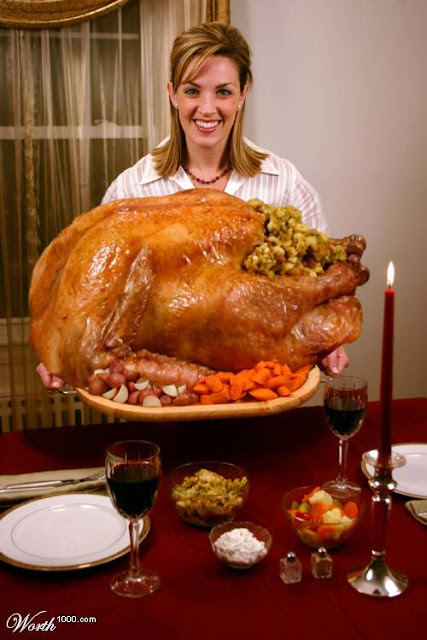 Yessirree, Bob!  We are gonna get a big one, and stuff it and shove it in our mouths until we cannot stand.  Then, maybe, have a cigarette and ask, "Was it good for you too, Dear?"
Now some may have duck, or ham or chicken, or venison or goose porn.....replete with taters, and cranberries, and squash, and wild rice and that stupid green bean casserole thingee, and pumpkin pie and apple pie or mince meat pie &jello salads& rolls& breads&&&&.....now, I am not disparaging a good meal, far from it, but it does bring to mind that there are starving folks out there and iffen you don't at least drop off a can of cramed corn at your local food pantry, well, gosh. shame on you!
Moi will just stumble down to the  Roxy and purchase my feast at a reasonable $10.95.  I get together with my family on Satzurdae  The Kid goes with her Mom to her family for the Holiday.  All in all it suits me fine.
Of course I do have my special dessert that I will indulge in while watching the hapless Detroit Lions lose to whom-ever. 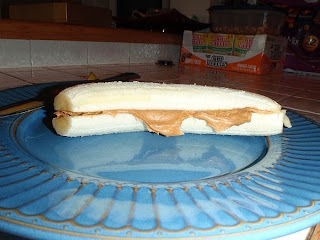 .... and that works for me.  I have kinda fallen off the 'Holiday Wagon'  Expectations are way to high and I tend to be a little low key on events that involve spending shitloads of money I do not have
but at the same time hope everyone enjoys whatever event is planned. Really. Truly.


Just take some time to think about what you are really grateful for, what you are thankful for, and pick up the p;hone and call someone you love. If you are a churchy-person, say a prayer for peace& make a special plea to whatever God you worship for more kindness and understanding in the world.  If you have had a great meal... make sure you say thank to whoever made it.  Smile a little bit for someone, whistle a tune as you walk the street, wave to someone. Give creepy Aunt Agnes a hug.  Don't tell Uncle Bud he's an asshole when he farts in the middle of dinner. Tell someone there baby is cute even when it looks like Winston Churchill. Forgive your brother for being a jerk for the last thirty years  Aw, shucks  just be nice, OK?


Don't get me wrong....... I like porn...check out my favorite magazine below 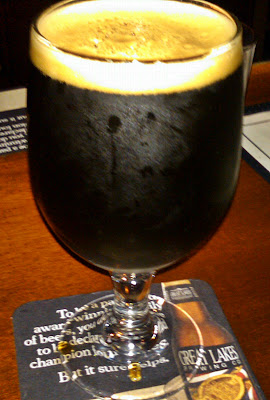 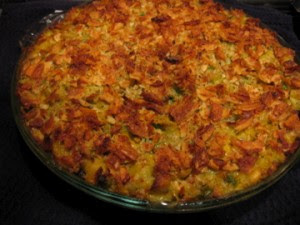 I have to be an honest person, and perhaps a bad son, but the truth of the matter is my mother was a bad cook.  Not BAD as in she burned the food or under-cooked it or did anything despicable with the family meals, it was just that all-in-all, our food  was never very interesting or exciting or original.  Her idea of seasoning was pepper and salt.  Exotic spice was a dash of paprika.  Hold it..... I mean she did make a GREAT Thanksgiving turkey &dressing, actually fabulous, and I will miss it this year, but that is just one day out of the year, see....  and her apple pie was to kill for!  &&& the Chocolate cookies were fantastic.....but again, as much as I would like it, a steady diet of cookies and pie is not really sustainable. Nope....she serve up just boiled potatoes and butter ... a salad was just a bit of shredded  lettuce, dump some bottled dressing on it.... and it's hard to screw up oatmeal or french toast. Breakfast was safe.

Ok... I got a point to make, and it isn't about bad mouthing my mother's cooking.  I'll get to it.
MAYBE.
See, of all the bland  dishes my mother made, my favorite one to eat and hate was Tuna Casserole. Yupperz, and being a good Catholic family, we ate it every friday. (well, I must admit she would surprise us once in awhile with fish sticks and boxed macaroni&cheese, served with only the best bottled tartar sauce!)  Now, there are a lot of things you can do with a tuna casserole; add peas, cheese, beans, different noodles, onions, but none of that ever entered my mother's imagination.  Here's the recipe.  I have it memorized.  Two cans of cream of mushroom soup, a couple cans of tuna, elbow macaroni and a potato chip crust.  That 's it.  Oh, a little pepper, too.  Just boil the noodles, mix the soup with milk, combine with noodles top with chips and bake until reasonably firm. Serve with a side of applesauce.  98% OF ALL FRIDAYS!!!!!  I mean there were the fish sticks and occasionally Dad would pity us and take us out for fish at the VFW, but there never was grilled Halibut or baked Salmon or fried panfish....nope.....Tuna Casserole.
Now.... the thing of it was I played football on Friday's all through High School so Mom, being considerate, would make it early on football game days so I could have a healthy meal before the game.  I really didn't mind.  Like I said, I both liked it and hated it at the same time and some of our 'away' games were over an hour bus ride, so I usually scarfed up a bunch of it at four in the afternoon...with applesauce and then!!!!!! invariably puke it up sometime during the third quarter of the game.  By the time I was a Junior the manager would see me hacking with dry mouth and bring a bucket.  Sometimes I never made it off the field.  Once the other team was looking at third and long and I puked right before the snap. Mouth-guard out, right on my helmet bars. down my jersey.... their left guard wouldn't even block me and I sacked the quarter back for an eight yard loss. By the time I was a Senior that Tuna Casserole was legendary.  I came to look at it as a good luck charm, seeing as we only lost three games in three years.
It was honest, unlike this email I got from Sarah Palin's PAC 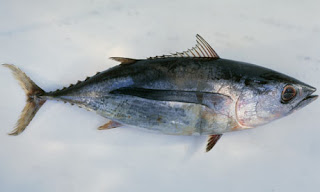 
Time is running out on SarahPAC's exclusive offering of Sarah Palin's soon to be released America by Heart. We are very happy to be able to extend our wonderful supporters this chance to get a signed copy of Gov. Palin's America by Heart for each gift of $100 or more.

Sarah's new book makes a great gift for the Christmas Season. With a signed copy of America by Heart, .......(yadda yadda bull shit bullshit)....
so please seize this opportunity while you can.

As with all donations these funds will be used .....( ya gimmee a break)  to support individual candidates around the country who passionately and consistently support...... (my daughter's TV career)  ......and those core principles.

We want to thank all of you for the wonderful support .......( ya, blow me!)
The conservative resurgence we witnessed earlier this month ....( is enough to gaqg a maggot)


At least My Mom and her Tuna Casserole were honest.
Sarah Palin stinks like oil-money drenched fish.
Posted by okjimm at 11:53 AM 9 comments: