Leo Kottke - The Driving Of The Year Nail

Watch this now.... hate me later

So ends another week. OK..... just when you thought I COULD NOT become more ridiculazish...I got a link to a video that the Kid made from a song and footage from years ago........

.... it's enough to make you forget politics....... and seriously re-evaluate the quality of a college education.  Gees... the song is soooooooo bad... I kinda like it. But whadda I know.... 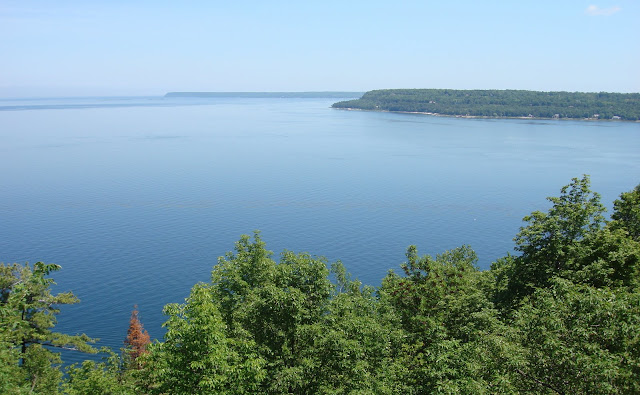 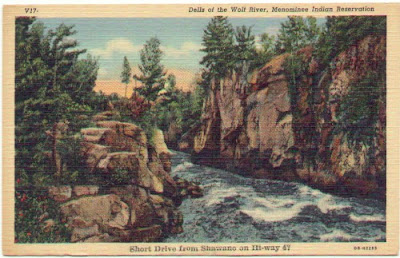 I guess Scott Walker did not have a smart Dad, cause he sure doesn't know how to p;addle a canoe.
just one other thing
Posted by okjimm at 9:06 AM 8 comments:

Boy, and I thought the Wisco Gov' was stupid 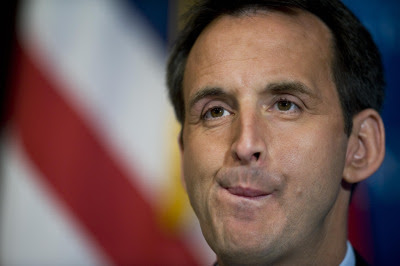 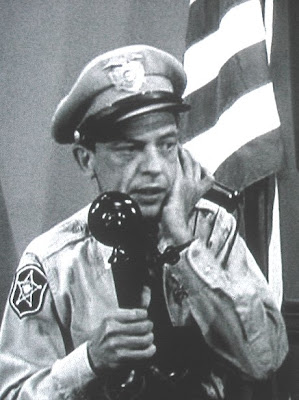 DO NOT CALL Goobernor Walknuts wit no prank dere call.... seez he could call out da Natural Gourd on  youse..

It's going to be call  'The Peabrain Protection Act'

... but Thelma Lou might be available
Posted by okjimm at 1:33 PM 5 comments:

Hat tip to Shaw at Progressive Eruptions
Posted by okjimm at 1:03 PM No comments:

We Are Wisconsin--- hat tip to Border Explorer

Posted by okjimm at 9:30 AM No comments:

You know this guy...? You should 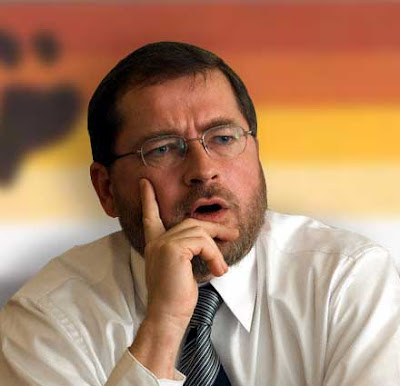 Grover Norquist is head of

and a  director of m the American Conservative Union....

he is also a former unofficial advisor to Newt Gingrich and Karl Rove.  &&&& leader of

Americans for Tax Reform (ATR) is best known for its "Taxpayer Protection Pledge," which asks candidates for federal and state office to commit themselves in writing to oppose all tax increases. The group is led by Grover Norquist, described by the Wall Street Journal as the "the V.I. Lenin of the anti-tax movement." He is renowned in right-wing and Republican circles for his ability to unite the various right-wing interests into coalitions to achieve a common goal.


Established: Americans for Tax Reform was founded in the mid-80s inside the Reagan White House. Norquist was tapped to head the group as an in-house operation to build support for the 1986 tax reform bill.
President/Executive Director: Grover Norquist
Finances: $3,912,958 (2004); ATR is a 501(c)(4) organization.
Employees: 14
High-profile staffers include: Peter Ferrara, ATR's former general counsel and chief economist, is currently founder and President of the Virginia Chapter for the Club for Growth.
Membership: 60,000
Affiliations: Americans for Tax Reform Foundation is the education and research arm of ATR. ATR is a member of the State Policy Network and of townhall.com, a right-wing Internet portal founded by the Heritage Foundation.

Grover is also a Director of

The American Conservative Union...??  Full Story
7/17/09
The American Conservative Union asked FedEx for a check for $2 million to $3 million in return for the group’s support in a bitter legislative dispute, then the group’s chairman flipped and sided with UPS after FedEx refused to pay.
For the $2 million plus, ACU offered a range of services that included: “Producing op-eds and articles written by ACU’s Chairman David Keene and/or other members of the ACU’s board of directors. (Note that Mr. Keene writes a weekly column that appears in The Hill.)”
The conservative group’s remarkable demand — black-and-white proof of the longtime Washington practice known as “pay for play” — was contained in a private letter to FedEx , which was provided to POLITICO.
The letter exposes the practice by some political interest groups of taking stands not for reasons of pure principle, as their members and supporters might assume, but also in part because a sponsor is paying big money.


"Our goal is to shrink government to the size where we can drown it in a bathtub."
Grover Norquist

“Every worker who doesn't join a union is another worker who doesn't pay $500 a year to organized labor's political machine.”
Grover Norquist
OK.... the guy is a uber conservative with ties to folks like Rove, Gingrich, the Koch brothers, Tom DeLay
"Americans for Tax Reform is a wonderful-sounding name. As far as I'm concerned, it's a front organization for Grover Norquist's lobbying activities." – Former Sen. Warren Rudman (R-NH) "Americans for Tax Reform is a front for the Republican Party. Republicans are hiding money in this group, and that is fundamentally dishonest." – Charles Lewis, executive director of the Center for Public Integrity First, we want to remove liberal personnel from the political process. Then we want to capture those positions of power and influence for conservatives. Stalin taught the importance of this principle. He was running the personnel department, while Trotsky was fighting the White Army. When push came to shove for control of the Soviet Union, Stalin won. His people were in place and Trotsky’s were not…. With this principle in mind, conservatives must do all they can to get jobs in Washington. Grover Norqust From the Wrecking Crew, Thomas Frank   "You can wear too many hats and [Norquist] does. He's a whole hat store. And that's the conflict of interest: He's head of a non-profit. He's a corporate lobbyist. He's a foreign lobbyist. This gives nonprofits, which are supposed to be doing research, a bad name." – Charles Lewis, executive director of the Center for Public Integrity. New York Times, 06/08/1997 Warren G Harding, one of the most corrupt Presidents ever, on his inauguration in 1921 called for " An end to Government Experiment in Business and for moree efficient business in Government administration" Well the Crash of 1929 showed how well that turned out then and after eight years of Bush Administration we again discovered what an addled concept that was.  The difference is that the Businessmen in '29 lost everything and jumped from Wall St windows.  In '09 they got bonuses and wept to the Caribbean And the middle class is falling for the same old bull shit, Again.  And paying for it, through various Tea Party rallies and donations. It's like the Stockholm Syndrome... Big Business is holding the middle class hostage and they are getting rather sympathetic to the notion. The Wixsconsin Tax payer is getting fucked, and except for the Union Folks, is standing up, dropped their pants and cheering while the Koch Brothers had stock Walker huge amounts of money and a really really big jar of lubricant.
Posted by okjimm at 1:18 PM 1 comment:

What is  happening in Wisconsin is not solely about the budget.... in fact, as time goes by and more information is digested... it is about a megalomaniac and a power grab that is rapidly reaching to an impeachable offense level.....


For example, Section 44. 16.896 states that the state “department may sell any state−owned heating, cooling, and power plant or may contract with a private entity for the operation of any such plant, with or without solicitation of bids, for any amount that the department determines to be in the best interest of the state,” and “no approval or certification of the public service commission is necessary for a public utility to purchase, or contract for the operation of, such a plant, and any such purchase is considered to be in the public interest...”
This means that a Walker appointee can sell state utility assets to anyone he wants for any price he wants without even the pretense of input from Wisconsin citizens or the Public Service Commission. Or just the operation of these plants can be contracted to a private company. That private firm (like Walker's campaign donors the billionaire Koch brothers) will fire the state's union workers. And then charge the state for the services provided. And be able to raise the cost beyond what the state was paying before. And it is “considered to be in the public interest” just because Walker says so. If you think this will result in public good, Google “Scott Walker Wackenhut” and see how it turned out last time he tried this.

Read the full article from The Ashland Current HERE

What  is also at stake is Wisconsin's natural resources....  Wisconsin has over 417, 329 acres of State forest land.... Walker is opening a door that could conceivable allow him to SELL it "to the anyone at any price!    We have a Company operating in Wisconsin called, Georgia Pacific.... heavy into making pulp and paper products.  Hmmmm... ever hear of them.... refresh you memory...

Founded in 1927 as a wholesaler of hardwood lumber, Georgia-Pacific has grown through expansion and acquisitions to become one of the world's leading manufacturers and marketers of tissue, pulp, paper, packaging, building products and related chemicals.
The company was listed on the New York Stock Exchange from 1949 through 2005, when it was acquired as a wholly owned subsidiary of Koch Industries, Inc., a privately owned company based in Wichita, Kansas. ......

..A lot of people voted for a Republican... the problem does not lie there... Wisconsin has had decent and honest Republican's in office before, Governor Lee Sherman passed the first law banning discrimination against Gays and Lesbians in 1978..... Congressman William Steiger helped write and pass OSHA into law.....  But Scott Walker is owned by big business.... he represents out side state interests before those of Wisconsin citizens.

Posted by okjimm at 5:46 PM No comments: 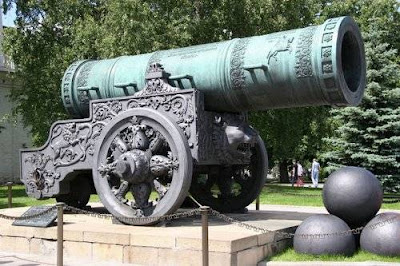 Scott Walknutz has created a US and Them mentality in Wisconsin......which is sad, because, mostly there was always an US Attitude.  Well, minus a few Chicago Bear fans that come out of the closet in the fall.  Walker would like to make it seem a budget issue, that he has to get rid of unions.... READ MORE.... but the sadness is that he considers no other option... has revealed a closed mind that can not grasp any other solution.  It's my way or the highway.  Blow me or Fuck you.

And that's sad. America was always a nation of innovators.  He has offered nothing innovative.  We compromise and try to work together. He shows no willingness to work together.  And he talks gibberish.... stating first he was opposed to toll roads in Wisconsin... the then said... for "Some Lanes" he would support it.  We have never had toll roads.

the real problem.... is that this may spread.... I think we need to quarantine the State.

I would not encourage anyone to come here for vacation, business, recration, hunting.... and writee a letteer to Scott Walker telling him why.
Emailgovgeneral@wisconsin.gov