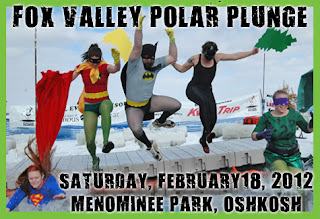 So it turns out that The Kid's friend, Kelsey, came up with the idea.  Or so The Kid says.  Kelsey and Miriam and a small group of students spent a semester in Europe about a year or so ago.  They became close friends. Yadda, Yadda..... Kelsey, in search of scholarship money, entered the 'Miss Oshkosh' pageant...and to cut to the chase, is NOW Miss Oshkosh.

So the event is to raise money for Special Olympics.... they cut a hole in the ice...we have a big frozen lake that is handy. and you jump in to raise money.  Fun, huh? Well to make it more FUNNER... they are going to go to a thrift store, buy old prom dresses, call it the Miss IceKosh pageant and jump in the frozen water.  See, a college education is very thought enhancing!

yup, Dad, we are going to make sashes... and tiara's  and wear high heels and....
Sounds like a lot of work.
Dad!
Why don't you just put ice cubes in the bathtub?
Dad!

So I miss this element of 'fun'. Frankly, my idea of Winter fun would be to sitting in front of a fire, a football game on TV, some chili on the stove...

oh, we will have a party later.
Really?
Sure, after we dry off.
Will that involve booze?
Of course!
Hot Apple Schnaaps!
Is there such a thing?
There will be!!! 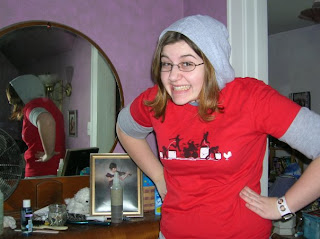 It was enough, the snow.  I haven't heard 'the official' count, but I'm guessing about eight inches in the last 24 hours. Last night there was enough wind to create a few white-out conditions but all in all, not that bad.  We have had much worse and will again, I'm sure.  Me?  This stuff sucks and I don't mind saying so, but who pays attention to me?

Max called last night.... about a friend of his... had I heardabout Charlotte?  Do you know what happened? Can you find out?  You know her, right?

Charlotte was 22.  She will never be 23.  She was a waitress at a pizza joint where Max and I used to watch the Packer Games.  She was a local girl and, like Max, went to the local University.  They knew a lot of the same people.... a smallish clique of film/art/music students.  I knew a bunch of them.... really good kids.  Charlotte, mostly from the Pizza joint.  I certainly was not up late enough to catch the band she fronted, "Charley and the Cynics", nor do I longer hang out in loud rock&roll bars. Max, other folks said that thy were good.

No one knows, right now, what happened.  She talked with a friend in the morning and when she didn't show up at the Pizza joint they went looking for her and ....... So far, drugs or alcohol do not seem to be an issue ....  Max is a little stunned.  " How can you talk with someone and two weeks later, they're dead?"  Death to him is still something that happens old people.  Certainly not to gifted and talented young people

We talked.... or rather I listened.

I didn't have any answers. And he really wasn't asking questions.
This stuff sucks and I don't mind saying so, but who pays attention to me? 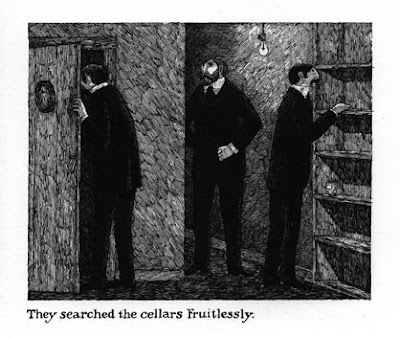 So far it has been the winter that wasn't... no snow... no cold.  Yesterday it was ab out 50 degrees... with bare ground.  Today we are in the middle of one of those day long snows.  So far, not so bad.  But weather forecasters are like newsmen..... they want to say as much as possible in as short a time as possible....Which means we are in for anywhere from 6 inches of snow... to a foot.


So instead of searching for a Winter that is plainly evident ... when it arrives... I have decided to search for truth, honesty, goodwill, peaceful hearts, manners, decorum, plain doughnuts and strong beer.  NOW... I will know winter when I SEE it and I know where to find the beer and doughnuts..... but my heart aches, sometimes, see, for all the other things that seem to be in such short supply.
Posted by okjimm at 1:12 PM 4 comments: