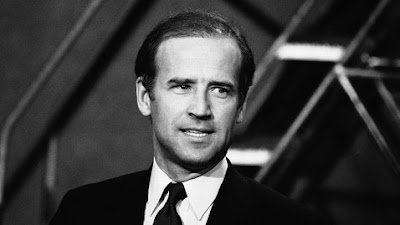 YUPPERZ  I watched the debate last night.  Joe kinda slammed the 'New Young' Republican.... showing the spirit he had/has from way back.

Clearly pointed out that the 'Ryan(Romney) plan will still not disclose the "LOOP HOLES AND DEDUCTIONS" they want to use to BALANCE the budget.  Vague and elusive.....that is the republican way.  " I won't tell you what I think, because you really don't need to know".... seems to be the campaign strategy for the Romney team.  Gees.... if you will not disclose information..... when you need to.... you are lying.  It's that simple.  It ain't goodam brain surgery, here.  If you have sex with a woman, and tell her you have had a vasectomy when you haven't... that is lying.  If you have sex and DO NOT tell your partner you have the CLAP when you do and know it...... THAT IS LYING TOO..... Romeny/Ryan have the equivalent of a sexual disease, and seriously if you vote for them.... boy you will be pissing blood and pain for the next four years!

In good news.... I went to Ann Coulter's page...... as long as I was thinking of diseases, see..... and well..... it seems to have a problem....must be a mucous discharge.  I googled 'Ann Coulter Mucous Discharge'.... had better luck with Ann Coulet seeriously Deranged.  Fun with Internet, huh?

I think it was about 4:30 or so when I got up to search for Gomez.... big cup of coffee and a couple of hits of Gold Bud and I hit the streets agiain with the tin of pot seeds and the mirror and bell... started scrounging the neighbor at Dawn's Early Light..(used to be a strip club by that name, see... and boy..was it a nice place.) Anyways... in only a half hour I could hear him...chirping away " Hello! Hello!  What a Good Bird!"... the normal drivel he would say plus some of the whistles I had taught him....that little bugger was in a tall hemlock... just a block from the house.  He hadn't gotten far!  I crept delicately to the tree... shook the tin of pot seeds, whistled a bit and called his name.  There was silence.  Then I spotted him, at the edge, peering out at me.  I whistle again and shook the morror at him.  The narcissist little shit fell for it!  He flew down a lit on my finger!  In a flash I pinched his feet so he could not escape and the palmed him in my fist to complete the capture.  It was then that I noticed an old lady looking out at me from her porch...it was her tree, see.  Now at five am...I must have kind of looked suspicious.  My beard then was thick and black and the hair cascaded to my shoulders.  There was a phone call to the police coming up soon.  I acted quick though, fueled by early moring coffee and some really righteous Colombian Gold Bud.  " Lady... I caught my Bird!" and held up the captured fugitive.  I am not sure what she made of it all, but I got my ass back home as soon as possible.

Mission accomplished!  and I had enough time to shower and met the guys for the
Brewer game ride to Milwaukee!  He was HOME!  Ok.... this is when weird took over.  See, after my shower I was rolling a couple of joints for the ride south, having a few puffs as I did.  I had also slipped him a bud in his seed dish, figuring, " Oh, well, welcome back."  I was also ranting on him... like, see, what a bad bird he was for flying off and how much I would have missed him and how lonely I would be without him.... ok...I was a young hippie talking to his bird...so what!  But he came close to the edge of the cage, as if he was taking this all in, and being reflective about it.

Just when I was about ready to leave. he scratched his head with his feet, which is a really neat trick, you gotta admit, but don't try it.  I did.  Doesn't work.  And then he wsaid.... "Sorry.  Didn't mean to bum you out.  just remember though..

"If you are lonely when you're alone, you are in bad company."

Ain't no sunshine today.  Rain and clouds and a feeling of creeping discontent.  Romneystiltskin has revealed his plan.... he will 'balance' the budget by killing Muppets and defunding libraries and museums, the arts.  Screw him.  Tonight Joe Biden tackles Mini-Mitt.... I hope he rips the little asshole a bigger one.  Ryan should be on the cover of a magazine...... "Vague".  For once Sarah Palin was right.... 'you can put lipstick on a dog.... but it is still a dog' 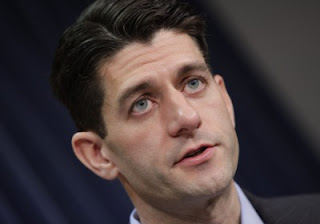 I cannot stand that little geeking bit of hair in the center of his forehead.....like the sign of the financial fucking vampire or something. Ah, the humanity....the HANNITY...OH oh lord... I must go take my medication....in liberal doses.

Not kidding.  Somewhere along the line of trying to get my eyes fixed I ended up taking a physical (and that had been years) and they discovered that I had high blood pressure, which is weird, maybe, cause after donating, like almost ten gallons of blood over the years..... I had always had very very very normal blood pressure.... andanyways they did another test, cause I told them I was getting these abnormal cramps in my right leg... so anygoddamways, I now have a small stash of drugs to take......and I had developed a pretty good aversion to legal drugs a long time ago and illegal drugs awhile back....so now this shit I take to make me sleep gives me these weird ass dreams.... not too bad, cause I am sleeping and all, but they do come in, the dreams in very vivid colors and snarky dialogue& stuff.... kinda reminds me of the early 70's when I had a nice affection for mescaline.  Soreallyreally...the other night I had a dream and in it I was a talkshow host (go figure) and my Ed McMahon was an old girlfriend from college, Muffy (who was so much NOT a 'MUFFY  which is why we called her that.... I mean she looked Sicilian, but kind of spoke with an accent that was more like the Finns up in the UP.  Wore her hair all frizzed out, had fur jackets, and called me "Sweetie" so much that I sometimes wondered if she really knew my name.) 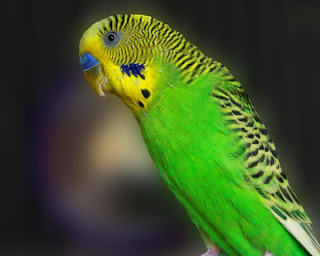 .... I was talking about my parakeet....Gomez a bit ago....and I got distracted.  That is an easy enough thing to do what with the health issues and the drugs and stuff.

See, me and the bird were getting along real well.....he was the only roommate I had for awhile and we got along just fine.  Most nights he would just sit in the window and check out the world, others he would just park himself on my shoulder as I watched TV or did whatever.  Got to the point where I hardly noticed him sitting on my shoulder..... kinda like a wart you just get used to.  I guess I got used to it just a little too much... and just like in life, you take things for granted and you just get a little too casual and that is when bad things happen.  And that is what happened....a bad thing.  Now, I am a nice guy and it wasn't some horrific thing...like he flew into a fan or got sucked up into the vacuum or any such stuff, but just like I remember Muffy, and she never was a roommate, but that may have been a interesting thing, too, but what happened with Gomez just about broke my heart.  See, it was the garbage what done it.  Truly.

I was not a big fan of taking out the garbage, cause it was a long walk to the back and all, and seeing as I lived alone, I mean, what is the big deal about a little, and I mean little, bit of stench in a bungalow that you live in by yourself?  So, I remember it was a Saturday and the smell was getting to be a bit much and the weather was forcasting a bit of heat and I planned to go to Milwaukee the next day to watch a Brewer game.  Not that I am much of a baseball fan, see, but back then games were cheap(er) and there was a whole crew going..... Lightning Dolt and Wheels and his brother Spare, Kid Curry and Tim and Bruiser...... and four or five cases of beer.  We were set, see, so just around dusk I thought I best clean Gomez's cage and take the garbage out.  I was sure enough thinking I would not want to do it when I got back... and if I figured right, the smell WOULD bother me with a hangover.  So I cleaned the cage, got that bag pried out of the kitchen (it had kinda stuck to the floor,see, and I then had to clean up that mess and well, gee, I just wasn't thinking when I walked out the back door with that bag and it was only about when I was almost to the back of the garage that I realized that Gomez was still sitting on my shoulder.

Well.... I stopped ... and looked at him.  I was clutching that goddam bag with both hands so it would not bust out any more than it already had so I could not grab him quickly. He looked right back at me........... and like a green flash.... flew off.  I distinctly remember thinking...."Fuck", dropping the  garbage all over the drive and shouting at the top of my lungs, "Fuck".  I could be articulate when upset, even in those young years.

I ran back to the house and got his favorite bell and mirror and that little tin of Pot seeds he liked so well and in the waning daylight went scouring the neighborhood for him..... to no avail.  Couldn't see him or hear him.  I must have covered my block several times and the next block and the block after that.  Finally in the pitch dark, I gave it up and went home.  Now to say that I was distressed is mild.  He was more than a pet, more than just a mere companion......why.. he was like ....well, a bird to me.

There in the empty gloom of the room I went into a funk... his cage empty and vacant, a reminder of what a dumb shit I could be.  I did a shot of whiskey, ,,,, I rolled a consoling joint.... and then.... I sprang (well, just mentally) into action.  I made up an ad to put in the paper... "Lost, Talking Bird"... I thought there would be a chance he would just fly into someone's house or something.  I would have put the Ad on Craigslist, too, but the internet was still just a gleam in Al Gore's eye.  I resolved to get up early and search again.  Parakeets do not fly well in the dark.... in fact, not at all.  If I got up early, and I was getting up early anyway to go to Milwaukee, maybe I could track him down just before sunrise.  I felt better.  There was a plan.  Hope is a plan.

Hope is also a poem by Emily Dickinson.....

Hope is the thing with feathers
That perches in the soul,
And sings the tune--without the words,
And never stops at all,
And sweetest in the gale is heard;
And sore must be the storm
That could abash the little bird
That kept so many warm.
I've heard it in the chillest land,
And on the strangest sea;
Yet, never, in extremity,
It asked a crumb.

anyways.... I was gonna get that Bird back.