Sherry , from Feather Adrift has laid this thingee on me.... A "Stylish Blogg'er" award... 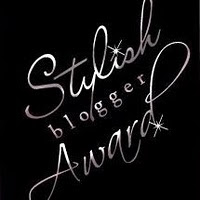 which is kinda funny 'cause I only go to the stylist about twice a year and the only style I truly embrace is "No-Style" at-all, though back in the day I embraced more than a few Old Styles.

Ha! but get this!  The award comes with RULES!!  Well, Shit&Whiskers, if that don't top it all. cause not only do I have no-style at-all, I gotz no-taste at-all, no-brains at-all, no-money, at-all, no-morals at-all and  no-ethics at -all!  Well, sheesh, that just goes to what a no-it-all I am and I certainly do not hold no truck with no rules-at-all!!

Well, anyways, I'm going to be nice and presume that Sherry made a semantic error and meant 'request'.  Requests are nice . I can live with that.

The first rul...request is that I reveal seven little know facts about me......which could be tough as I usually find a dozen things a day I do not know about me.  I am a mystery to Me as it were.  But I'll give it a shot. 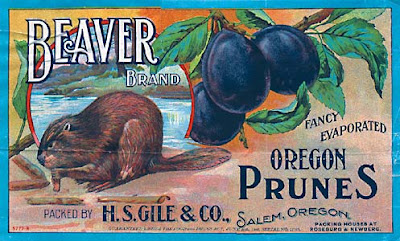 1)I have never eaten a prune. Ever.  Do not plan on it either.  I will be one soon enough, thank you very much.

3) I have  thought of becoming bi-lingual..... but then realize I like women too much and it is too late to change.

4) my last year of college and for a couple of years after that I drove taxi as a way to pay rent and buy beer and drugs.  Big old boxy Checker cabs.  One night I pick up this old white-haired guy at the University to take him to his hotel.  he jumps in my cab and starts telling me that he has just come from a meeting where he has decided to seek the Republican nomination for Governor.  For the next twenty minutes he tells me of his hopes and plans for Wisconsin; improving the University system, making it easier for minorities to go to college, environmental concerns.... yadda and stuff.  We get to his hotel and he sits there and goes on for another twenty minutes.  I didn't mind as I didn't have another fare and I was stoned anyway.  Later that year Lee Sherman Dreyfus bucked the the Republican machine and became Governor.  He turned out to be a fiscal conservative and a social liberal, passing the first law in the state to ban Gay discrimination.  I voted for him.  He spent about an hour talking to  some patched-jean. long-haired, bearded hippie as if I was the most important citizen  in the whole state.  He wasn't a great governor.... but he turned out to be decent and honest

5) I cry reading those stupid goddam Chicken Soup for the Soul books and then am filled with such self loathing for having done so that I have to go out and drink copious amounts of beer to get re-balance.

6) the two most precious moments of my life were when my children were born.  If I concentrate on those days, hours, minutes, seconds, I cry as well, though I never need a beer after wards.

7) I have to trim my left eye-brow cause it gets really bushy and sticks up like an owls.  My right eyebrow is well behaved.


ok... the other request is to tag other folks.... but instead I will just recommend
a couple
The Black Magpie Theory
Menopausal Stoners
Helllllo Mr President, are you listening
The Chief
Oshkosh Beer
and never last

Out of Bratwurst.... so listen to this!!

just something different
Posted by okjimm at 10:25 AM 6 comments:

A joke in search of a p:)nch line

..... of course, everyone is presumed innocent until suspended by the Commissioner.

But I'm not prejudiced.

"What do you get when you have Ben Roethlisberger and Sarah Palin together in the same bar?"


Other than a rapist and a whore.

OK.... just when you think you have seen it all.... you see something that was not included in ALL when you last looked.  (of course, I have heard it ALL, too, but that was before I went partially deaf in dat right ear, so now I just think I have heard it ALL when it truth I have only really heard MOST of ALL, which is OK cause mostly, I don't want to hear about it at ALL)

With me so far?  If so it truly means that you have not yet had enough coffee on a Monday morning.
Anyways.... I open the paper this morning (and being a Gannett Newspaper, there isn't much to open) and I read THIS
yessirree bob.... I sure have it backwards.... see, these two guys sit oout on a frozen lake for hours, catch 5.44 lbs of fish and win $1500.  Now, Saturday I went to Fat Mama's and ordered a catfish sandwich with a side of fried okra and it set me back $7.50.  Now I know I can't catch okra in Lake Winnebago and I am not stupid enough to try..... but sheeesh, who in there right mind sits on a bucket on a froooooozen lake to catch five lbs of fish......??????

You have to buy a thermal coat, stupid snow pants, bit goddam boots that probably cost $100 from LL Bean and gloves and a Green Bay Packer hat.... and you haven't bought poles and bait and beer yet!!!
But that really kills me... a 'ice fishing' tournament!  And THESE GUYS ARE ORGANIZED
I mean... there is life in the winter.... things you can do indoors, like SEX, or even things to do outdoors, like Nordic skiing, or gosh, just getting in your car to drive to a bar.... but to spend all that money on gear and then sit on a bucket and freeze your ass off???  Shit&whiskers.... I can buy a whole lotta catfish and Fat Mama's for what those guys spend.... and okra, sweet potato fries and hunks a hush puppies.  Hey, and get this, just when YOU think YOU have heard it all, let me tell you this.... some of those guys build these little houses and drag them out there and sit in them all day....whoa!  I think that is why the divorce rate is so high in Wisconsin in the winter.....gees, you marry one of these dummies and he spends all day spending money at a Sporting goods store for shit to keep him warm while he deliberately  sits on ice..... divorce the dummy!!! 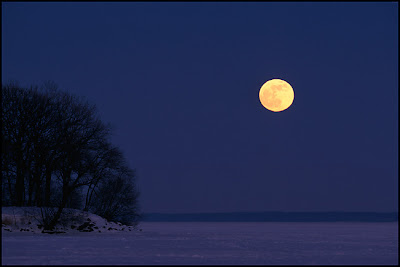 alright, already.... I AM done ranting, cause I have seen it all and have heard it all.... and DONE most things that I wanted to do when I thought of doing them.

In fact, a long time ago my good buddy Tom and I thought it would be a good idea to drive across the frozen 11 miles of the lake, just to get a beer on the other side, but  mostly to say we had done it.
But rather than fish.... we had caught quite a buzz first.
Posted by okjimm at 10:34 AM 4 comments: