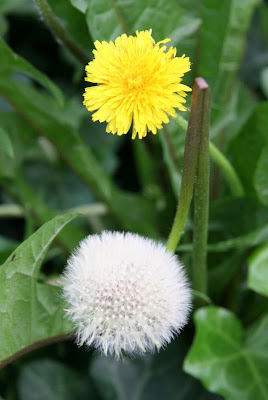 She worked daily with the geriatrics and greatly preferred that to working with any other patients.
" They are all so sweet and have such interesting stories. Some of them have led such interesting lives."
He so enjoyed his job at the day care center that he could not conceivably envision any other employment.
" They love 'MY STORIES' and I am positive that they will all grow to have meaningful and fruitful lives."
The clothes they wore had brought an Alpha and Omega aura to permeate their apartment. Lysol, disinfectants, puke, talc, shit, bed pans and baby wipes.
Their day were and their days went, but theirs was a shared passion for cranberry-nut muffins drenched in honey for their tea and for that last possible moment before the closing of the door, in the morning, when they would kiss.
Posted by okjimm at 5:44 PM 10 comments:

Ok. Enough of politics and nude women. Bring on A Hunky DUDE! Per my friends request..... I present one of the hunkiest dudes I could think of. 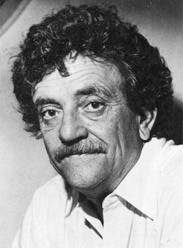 Laughter and tears are both responses to frustration and exhaustion. I myself prefer to laugh, since there is less cleaning up to do afterward.
A purpose of human life, no matter who is controlling it, is to love whoever is around to be loved.

Listen: We are here to fart around. Don't let anybody tell you any different.

All persons living and dead are purely coincidental.

Well, the telling of jokes is an art of its own, and it always rises from some emotional threat. The best jokes are dangerous, and dangerous because they are in some way truthful. 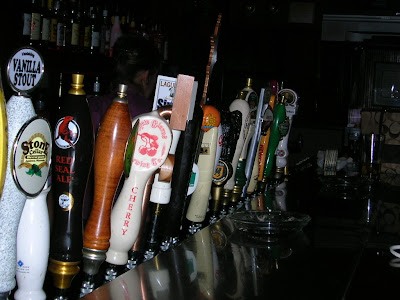 some of my friends
It is so gratifying to be amongst friends on the blog. It is even better to go to Oblio's after work and hang out with a few friends there, too. Thursdays with friends is a good place to be.

And Now for Something Completely Different 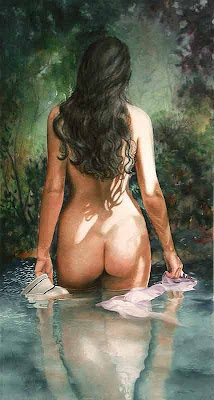 Somewhere to go
Serena Rose
With McCain lagging in the polls, Politico's Alexander Burns sums up why Obama gets the "W" next to his name:
Obama didn't deliver a knockout punch tonight. But he denied his opponent the chance to rescramble the campaign, and that was enough. The day goes to him.
OK. I'm done. No more politics. I got me an absenteed ballottee. Voting Friday. Don't even have to mail it in. Do it right at City Hall. All I had to do is tell them I was going to be 'Out of
Town'.
I am sick of this election. I saw Old Uncle John last night. I wanted to gag. If Sarah Palin is trying to appeal to Hockey Moms and Joe Six-Packs, all I can say is I feel that McCain is trying to appeal to the Bed-Pan Nation.
I can't take the shit anymore. Gonna smoke me up some fine hashish and bake some cookies and read a little Shel Silverstein. Three things that always seem to either wipe away my sanity or restore it.
Posted by okjimm at 9:57 AM 16 comments:

I am really sick of John McCain, Sarah Blow Job, Wall Street and Hockey. Thank goodness the Hockey season hasn't started. McCain is fucked, and he knows it. But he will go down snarling and swearing and bitching...... and perhaps be the first candidate to have a heart attack live during debate coverage. I do not wish that on anyone, and certainly not the Senator. I am a kind and caring Liberal. (But it sure would be a ratings winner.) 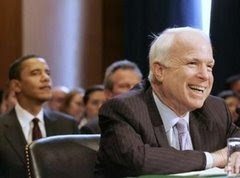 "Ya, I made the nigger sit in the back!" 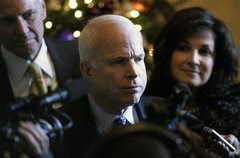 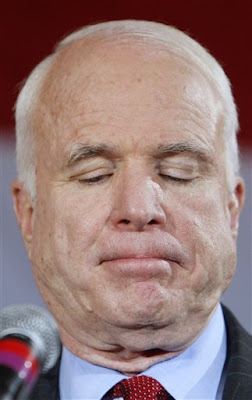 " I'll answer all your questions by referring you to Sarah, who will not anwer any questions. I hope that answers your question. Now I need a nap."

Boy, I am tired of this Maverick shit. It is not real. Not the way John would have us believe. The etymology of a maverick is an unbranded range animal, especially a calf that has become separated from its mother, traditionally considered the property of the first person who brands it. And that is John McCain. Property of the first Big Business that brands him.

I think I have had enough. I can get an absentee ballot and vote on friday. While the voting is safe. 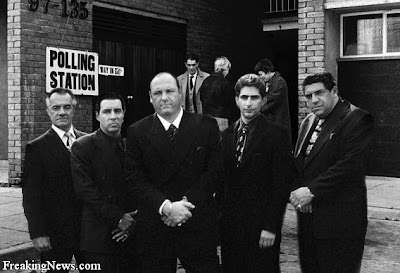 Ok. I think I am a liberated guy &stuff, and I would never presume to 'speak' for the women in America........ but I gotta think that most women in America must be embarrassed by the VP candidacy of Sarah Palin. Gees, it is almost as if some strange powers that might-be are deliberately trying to negate all the good that Hilary has done for feminism in politics. If I was a Female politician, I would be afraid to show my face in public. 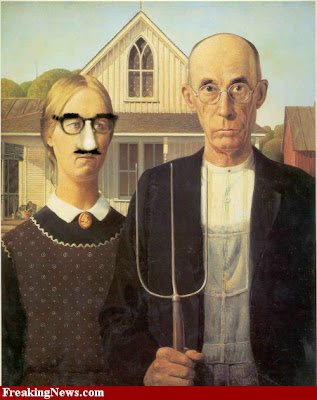 Of course I owe a lotta people money, so there are moments I am afraid to show my face in public, too! Mostly Big Biker Billy who still thinks I owe him $20 for a deal back in '75. He thought the weight was short. Whadz E Know, anyways? The baggie was real big is all! But I found this little poll thingee on the net..... Do you think Sarah Palin is qualified to be VP. Simple question, huh, but Boy&Howdy, were some of the 'YES' comments illuminating!

Sarah rocks. Her opponents can only attack her on trivial things. She's one of us...not one of them. This has her opponents nervous and makes me smile every time I hear the next trivial or fabricated problem on the Media.

.......Sarah Palin is a newcomer, definitely a Washington outsider, which is a good thing. If she's not qualified to be president with her experience as a mayor and governor of Alaska, than no one with a lick of common sense could, in their right mind, vote for Barack Hussein Obama. Maybe that's why people say liberalism is a mental disorder......and why liberal democrats have worked so hard for a generation to dummy down the public education system.

Sarah has character and determination. She is a quick study and given the opportunity, I believe she will gain any knowledge she needs for the position. She is not from a wealthy family which sets her apart from those she will deal with in Washington. She is very refreshing--and I believe what you see is what we'll get. 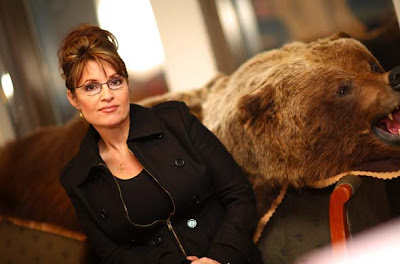 Shit&Whiskers! Are they kidding? Do people really believe this shit?

Sarah should not hold back and should make them ask questions she wants to answer ie. Do you think you have the experience to be VP, Yes I do as you can see by the last few days those that have been doing this for the last several years have not done such a great job. I aman outsider and that is what we need to truly make changes. These over site committees have not done a very good job of overseeing have they? At this the ball is in there court.

She is just playing feminine till she gets the 85% of those watching tonight. She is ready to be VP in more ways then Biden. He is all dried up! Who wants the good old boys club??? Not anyone with a brain cell! Biden is just there to help Obama look more reliable. Nothing can change the fact a trained Muslim influence is very dangerous to this nation at this time! Obama is no safe! This is common sense. He is a good charmer and this is all! Go Sarah!

she has run two separte governments - The other three together – NONE

All this yakkin about experience. She's intelligent, clear spoken, and has Character. Obama just duhs and umms, and his only friends are characters. Bad ones. 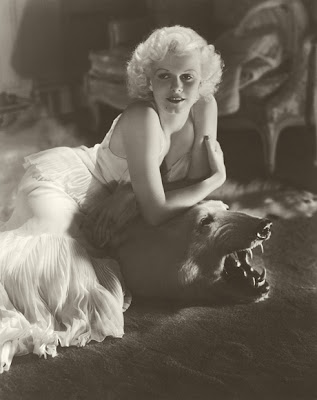 Now I like a lady on a bearskin rug as well as anyone. Or a bare lady on a rug. Whatever. But the comments are killing me! Do people think anymore! C'mon.... to do a paraphrase from Dorothy Parker ( who was a great thinking woman)

“Miss Palin runs the gamut of emotions from A to B"

I think she is exactly what this country needs. She is real and she shares my same morals and principles and faith. I am tired of the idiots in Washington thinking that if you are not born and bred there that you can't make it. The fact is, all of those idiots need to be replaced with more people like her that will go there and not let that life change who they are and for what they stand. And, should something terrible happen, I feel very confident in her abilities and leadership rather than the likes of Biden.

What a breath of fresh air! Imagine her wanting to communicate with the people of America and serve the same people. I believe McCain/Palin will make a remarkable difference and help change the attitude and beliefs of many. Let's vote YES! to McCain/Palin!

I would rather have a moose hunting soccer mom who is a Washington outsider and not afraid to speak her mind, whether or not Charlie Gibson or Katie Couric gives her an "A", be our "next in line" than a career politician in the form of Biden. This is from a registered Democratic dad of a Feinstein intern, who is embarrassed to be from the state of California, employing this democratic senator, who is an embarrassment to our wonderful state. While Sarah Palin would get my vote without hesitation, Senator Feinstein wouldn't get my vote if she ran for mayor of Wasilla.

As a woman I am thrilled with Gov. Palin for the VP seat. She's sharp, witty, competent and seems able to withstand pressure. I think she'll do a fantastic job and I wish the election was already over so she could get started.

She's hot and spunky, just what we need!

She's smart, she's brass, she's educated, and she's not afraid of the 'big of boys'. You go girl.

Her personal life and political record have indicated that she has the integrity, the perspective, and the ability to govern. 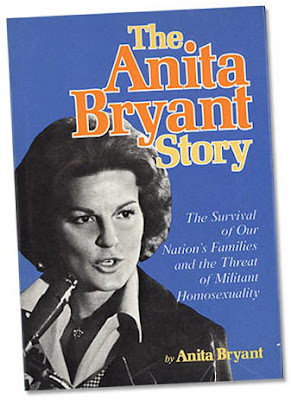 Boy and Howdy...... just when I have given up on common sense!