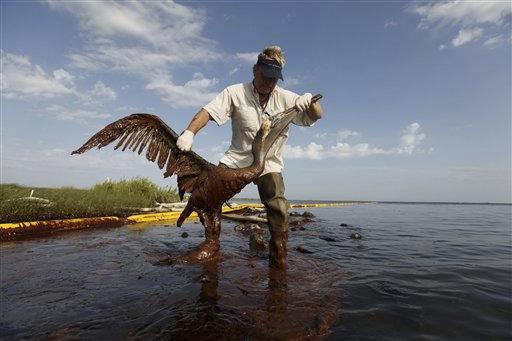 
"It bothers me. I saw the full-page ad in the newspaper and they've promised to pay for the clean up. Do we have to have a villain? That's my whole point -- do we want a presidential administration that says outlandish things like we're going to put our boot heel on BP? I want BP to pay, everybody wants them to pay for cleaning up the oil mess. But the thing is, is that sometimes people are well-intentioned and bad things happen. And I don't know if there was negligence or fault here -- it should be investigated and if there is someone should be punished for it. But we shouldn't automatically assume that there is."

quoted on CNN in March, 09...
CNN :
In a budget proposal released Friday afternoon, Louisiana Gov. Bobby Jindal indicated he is only rejecting $98 million of the federal stimulus funds due his state. 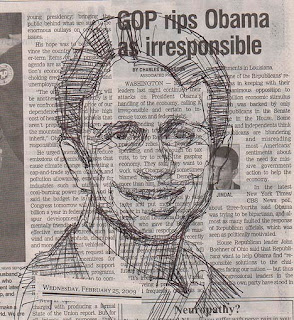 I could have sworn hearing him on the news lately that Obama is not doing enough to help Louisiana.  This MUST be Obama's fault.  I guess a Free Market doesn't bail out states when Big Business fucks up.  The government must.


... of course, now, the Big Government both of them hate... is not being quick enough to solve the BP mess in the gulf.