I got a message delivered yesterday via the moztly unreliable Billa Lang. Now, messages from Billa should always be taken seriously. They could be a matter of life and death or matters of cookies and milk, or he has discovered the Wisconsin field of Sacred Ginseng..  never know....or .they could be from the mafia....they could be from the Vatican...you never now.  This was serious. 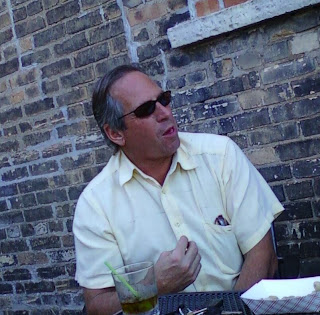 Some irate elementary school teacher in the wild wild north of Wisco has threatened me with a whack of the ruler or even more heinous punishment if I do not cease using the letter 'Zed' interchangeably with the letter "Sss".
Now I just thought I was being fair with the alphabet and seeing as 'Zee', or 'Zed' to our Canadian cousins. is so under used that I would just give it some more fair play.  Nope.  Not supposed to do it.  Best not mess with Elementary teachers.  They can get nasty.AND....I am not to call it 'Zed' unless I am in Canada.  Boy&Howdy....some folks just don't want me to have fun....Nutz!

But it did get me thinnking a little....and in stead of just lying down and waiting for the thoughts to go away......well, just I thought of the last trip I took to the grocery store and how wonderful the labels on some food products were.  I especially liked "made with all natural by products."  Now that made me think I should not buy any items so labeled.  I mean...whoa....what is in that stuff!  Why don't they just label it with some truth like " This shit is made of so many disgusting things that if we named them all there is no way you would buy this"  That would really boost sales, huh! Ohohoh...and the other one that grabbed my attenion was a bag of "Fish Portions"! Now the good old 'fish portions' were on sale...buy one bag and get a second free...and it seemed like a good idea until  started to think of what "portion" of the fish that stuff could have been made of.  Then it didn't seem like such a good idea.
oh, the shelfs were full of stuff like that.....gluten free, no high fructose sugare (course they didn't say anything about low fructose sugar) and no saturated fats, and 'only natural flavors'.  Damn....see I was really looking for some thing with a lot of unnatural flavor and full of glutens and fructose and saturated with all sorts of fat.  Gees...whats a shopper to do?  Then I pickeded up some sauce.....
.......now how could I go wrong!  It waid it was 100% natural.....and it was 'Old World' Style; god forbid it would have been only 98% natural and 'Third World' style.....gees, then ANYTHING might be in there!!
Seriously.....what does "FLAVORED WITH MEAT" supposed to mean?  Did they dip a few bones in there while simmering? Did they stir in some all natural unsaturated meat by products?  Well, it sure as hell doesn't say anthing about REAL MEAT being in that stuff/!  ohohoh....and there were other things,,,,made of mostly food byproducts, whatever that could be, in all sorts of stuff.  There were emulsifiers, acids of all types, oils, starches, fibers of unknow origin.  I mean... you had to almost be a chemist to know what was in the stuff that I was goning to stuff into me!   And, as I wandered around that grocery store, less and less of what I was seeing was appetizing.  Hunger was starting to look like a good option.

"Mostly Artificial flavor and color"
"Unfit for Human Consumption"
"Suspected human by products"
"Made of Highly Saturated Stupid"
" No Moral Fiber"
"May cause bran farts"
"if ingested induce vomiting"
"Made of Simple carbohydrates. Do not recycle next election "
"100% reconstituted bullshit"
.........but thinking of Congress makes me want to drink until numb and I did not have enough for a six pack......the brussel sprouts looked good 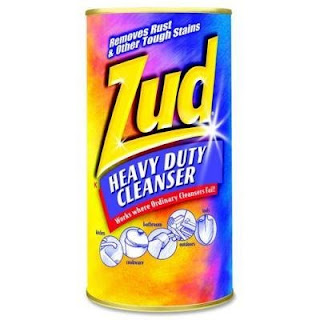 ...and I picked up some Zud.....it is great for scrubbing away Zins...but only venal ones. For Mortal Zins you have to wait until they elect a new Pope
Posted by okjimm at 2:02 PM 8 comments: