Politics, Stinky Cheese and Philosophy from the Bird

AndAnd  the Republican New Thing is just say NO.  I will not release my tax forms.  It is none of your business what nefarious deals I have done or where I have hid my money or where my money comes from.  NO NO NO....  which I think is really funny coming from a Political Party that is so afraid of fraud that they want every voter to have an ID.... except them.... and ID of responsible fiscal dealings.
The new candidate for the Senate seat, former Governor Tommy Thompson.  Believes in saying NO.

Well, the Ex-Governor of Wisconsin, (R) Tommy Thompson is running for the Senate seat that will be vacated by the retirement of (D) Herb Kohl.

Tommy is not new.... he was Wisco Governor for fourteen years before resigning to accept a post in the Bush Cabinet.  He 2000 he penned the GOP party plank opposing all abortions...NO exceptions.....

"As in years past, the GOP has enthusiastically reaffirmed its commitment to eliminating access to abortion by once more committing to an anti-choice "no exceptions" plank in the party platform.


Well, good old Tommy probably does not want anyone to know how much money he made after leaving the Bush Admin to work for political fixers,  http://www.akingump.com/about/overview/

Now Tommy was never one to pass up freebies.... or drinks.  Wisconsin Lore has Tommy drunk at several functions.  Google Tommy Thompson 'drunk' and there are a couple of clips to choose from, but sadly, not enough.  His terms as Governor were slightly before 'citizen cell phone video' days.  There is a NICE ARTICLE FROM THE ISTHMUS about Tommy cavorting down in Tampa with Ron Johnson and Scott Walker and other assorted assholes. 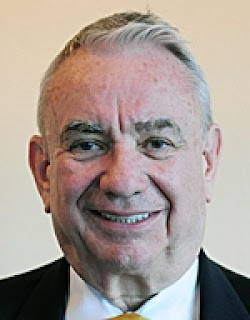 So.... the real deal is.... the Repubs in Wisconsington have struck again.   They have fished up a 71 year old corporate shill who will do most anything they say (if you give him enough Scotch) to run for a Senate seat to go with Senator Ron Johnson (who works on a strictly cash basis) to team up with Scott Walker and Paul Ryan.

OK.... that is as far as I got... a couple of weeks ago.  I just can't write about that old drunk fuck...cause that is what he is...kind of a standing joke around Wisco.  But some folks still like him..... rather like Mayberry likes Otis the drunk. The guy would be almost 80 when he would finish his first senate term.... but he would deliver on his promise of 'less government'  Which in Tommy's case is a promise to do nothing at all.  Ron Johnson has held up that promise very well in his two years as Senator,   He has propose 'SIX bills.... none of which has been enacted.  But then Ron is a real dumb shit so less government from him is probably as good a deal as a concerned citizen would want.

Ya, I don't know what it is lately with Wisconsin throwing all these trash people out into the publick arena.  Gees, alla I can say is 'Sorry' it wasn't my idea.

Well anyways...... see, everytime I try to write something I get sucked back into thinking politics.... and lately.... boy, does that stink.  Well, anyways..... my buddy, Billa Lang, got me going a couple of weeks back talking about Stinky Cheese.... Which, see, is Limberger, and to just lay a bit of info on you.... is ONLY made in Wisconsin....or I guess there is a spot in Canada and I think if you go to Germany you can still find it, BUT.....and let me tell you>>>> IT really does stink...(but tastes good) and Billa laid some info on me that AGED BRICK smells almost as bad... and if you eat enough of both with a couple of beers and some onions with the cheese......you can truly make you bathroom a toxic zone the next morning. Course there are other things that can make the bathroom a toxic zone, like watching the Chicago Bears, or listening to ABBA or ....well, gees, I'm sure everyone gets the idea. Really. But honestly, I ate a bunch of that Brick Cheese and stuff....... I couldn't stand myself in the morning>  But, like Billa said, just open some of either up in a bar and NO ONE will talk politics.... or even talk with you, for that matter.  So, see, stinky cheese is a good antidote when the old news gets too much.   Don't believe me?  Somebody said Limberger is good catfish bait.... I said 'Bullshit' and they said "look it up" and I did   and gees, golly and stuff let me throw this recipe for catfish bait at you and then you tell me if you can still think of Polly-Tics, huh.

**
WARNING: This bait really smells bad due to the cheese and meat after a few days, I am not responsible for any bowls that are left unusable. The Bait: ingredients
1 carton of Limburger cheese
1/2 pound of ground hamburger meat
a box of wheaties
1/2 can of beer ( doesnt matter what kind)
garlic powder
chicken liver blood from one or two containers
SECRET INGREDIENT: 1 can of longcut Copenhagen, id rather use grizzly straight though its cheaper and id chew the longcut myself ha ha.
Now to put it all together
1. Grab a decently large bowl
2. mix limburger cheese and hamburger meet together
3. cover this mixture with garlic powder and mix in the 1/2 can of beer
4. add the chicken liver blood
5. dump in your can of chew
6. mix in your Wheaties or cornflakes till the bait is good and thick
7. put in a container, a coffee can works great
8. now for the stinkiest part, set the can outside in a hot area that gets a lot of sun for 2-3 days and then go fishing! good luck 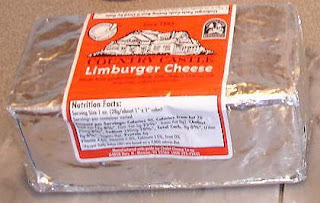 HA... good luck is right!  But.... is any body reading still thinking of politics????  Nope.  And you are also probably thinking that you will never eat fish again.  There are other things to put on a plate next to the cole slaw and fries on a friday night..... but Catfish ain't one, I bet.

~~~~
ok..... if you gotz this far.... it is time to talk about really really serious stuff.  See, my friend Jean at Snoring Dog Studio  wrote this nice thing about how her dogs inspire her to avoid cynicism and it is a nice readl  Do check it out......but it reminded me of when my bestest pet, Gomez, taught me philosophicle stuff.

My Dad gave him to me.  He hatched the bird from an egg......and boy, did Dad have to sit on it very carefully.  (kidding, but only slightly)_See, my old man had Polio as a kid, which kinda limited him later in life to stuff he could do.... like, he never went skiing  or skating and pole vaulting was just plain out of the question.  So he raised birds.  First it was racing pigeons, but his sons got to big to crawl up into the loft coop he had built and he got a plot of land in the country to raise pheasants....but then his sons were all off to college and there was no one to run out there in the winter to take care of them,  (I know all dat's true) and so he finally settled on finches and parakeets and small parrots in his basement.  Drove my Mom nutz, but Dad always was a loving and giving man and he always thought of that particular thing as his gift to her. Thoughtful guy.

Anyways.... one day he shows up and he has a present for me... DIS itty bitty bird and a cage. He never asked me if I wanted one and it would have made no difference anyway.  There it was and it was now mine.  The damn thing could barely fly, it was that young.  Mostly, those first days, it just ran around the bottom of the cage and once in awhile looked out at me.  That was the extent of our relationship for a few weeks.
Now the place I lived in then...and for almost ten years, was just a small 850 sq ft bungalow right off campus.  I had a roommate the first year, but he worked nights and I worked days so it was almost like having the place to myself.  When Kenny then moved in with his girlfriend, Pete moved in, but it was more like a place for him to store clothes as he mostly was at his girlfriends.  My girlfriend, who became my wife, who became my ex-wife, was still finishing school and working nights.  Mostly for a bunch of years it was just Gomez and I.

I taught him to talk.  It wasn't that hard.  I spoke, he spoke back.  When he did say thing right thing.... he got what he wanted. And that is the way it was, for a long time.
The place was a shotgun bungalow, back kitchen, dining room , front room and a couple of bedrooms on the side.  Gomez;s cage hung from the bottom of a suspended bookshelf in the front room.  When I would come home at five he would scurry around the bottom of his cage and say " Let me out, let me out."  I would latch the door open and he would then fly a few laps around the house and then find a perch for the evening....either the bookshelf, the window sill or my shoulder.  He became very companionable.  His vocabulary increased to include 'What a good bird." Hello, hello." "Eat shit" (which he always had problems with)  Now him and I really started to get along.  I taught hem to play cribbage and sip whiskey.  Fond of Kessler;s, that bird, and he surely did love flipping cards around.... didn't matter much to him that he never won a game or that I cheated terribly, he just loved that game.
He generally eschewed the bird bath thing, too, much preferring to just shower under a slow trickle of water in the kitchen sink.  His other passion was squawking back at the time&temperature lady on the phone, which, truth be told, was one of my favorite things to do.  See, you could swear and bitch at the time&temp lady as much as you wanted and gosh, she would be just as nice the next day!  It was a good release for me and I think Gomez caught on to it well.  If I did not dial that number for him quick enough he would land on my face, tear my glasses off and the fly to the phone and march around it till I dialed for him..... see, no matter how much I tried, I could not teach him to dial and gees, he never figured out how to hold the hand set.  Dumb bird. 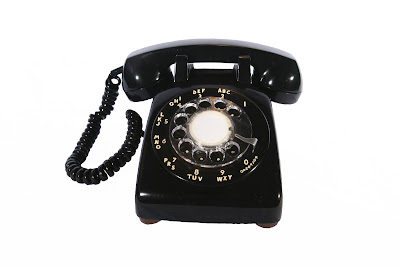 It became an enjoyable routine.  I would set the timer on the TV so he could listen to Phil Donahue in the afternoons....we would play cards, sip whiskey...he decidedly did not like beer, or he would just sit on the window sill perusing the outside world.  Things were fine..... until the day of the great calamity.