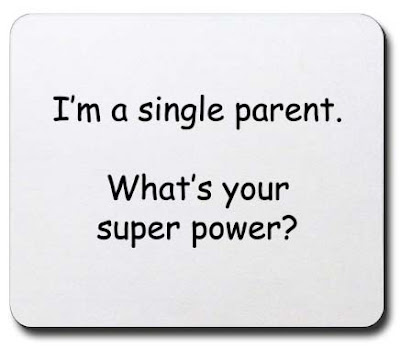 Now... it sounds like he wants to help end child abuse.... but he rather thinks single parenthood... is bad bad bad...really bad,not nice at all.......


Section 2. 48.982 (2) (g) 4. of the statutes is amended to read:
48.982 (2) (g) 4. Disseminate information about the problems of and methods of preventing child abuse and neglect to the public and to organizations concerned with those problems. In disseminating that information, the board shall emphasize nonmarital parenthood as a contributing factor to child abuse and neglect.

... so don't become a widow, don't get a divorce, don't let your spouse get deployed overseas...or get arrested and thrown in jail...all those things are, duh, preventable, see.  Gees, what a dope-shit.

I did a stint as a single parent....so did the kids' Mom.  We decided to raise two children 'separately' together.  Put that in your basket, Glenn Grothman.  And it goddam worked!  Youngest joins her older brother as a college graduate (budding snobs, see) this spring.  Honors and stuff.

Anyway, in the other category of saying stupid shit.... MITT!!

... ya, sure better than them left leaning trees.  sheesh. 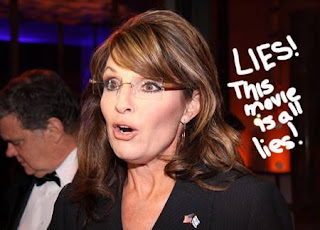 and then I getz this snazzy email from the Sarah  Peoplez saying the new HBO movie about her, "Game Change", is not so good.


"Liberals have proven once again that they do not value truth. The liberal left distorts facts to fabricate its own version of history.
Their latest effort in storytelling is HBO’s movie, Game Change."

* that was as far as I got yesterday.  Important things got in the way, like walking the dog, taking out the garbage, going out for a beer and trimming my beard.  And I lost my thought... as if it really was a cogent thought anywayz.

So then.... in the lieu, Limbaugh is bashing birth control, and calling a law student a slut.  Everybody got up in arms and starting yelling and screaming.  Now, I have to admit..... I do not listen to the guy.  I tuned him in, once, for about twenty minutes.  That was enough... I read a few pages in one of his books.... more than enough.  I have ignored him.  I will continue to ignore him...... but.... and I mean this sincerely.... if he ever called my daughter a slut...... I would be sorely tempted to break a pool cue over his head and stick one of the broken pieces up his ass.  That would make me feel bad.  I am a very non-violent person and it would also be a shame to waste a perfectly good pool cue.


I talked with my Ex-wife about Limbaugh: she laughed and turned him on the radio.  I cringed.  She laughed.  I started to get upset, at Limbaugh, not her, and she laughed some more and told me to watch the Godfather on AMC.  "Buy some Oreos and have a glass of cold milk,too."  Trust me, The Godfather and Oreos go well together.  We still get along....(well enough).


*Snowing today.  Last storm of the year, I hope.  I am really sick of winter. And Romney. And Santorum.  And Limbaugh.  Life is short. I need to relax.  Maybe I will skip the cookies and milk.  Cold beer with a can of sardines.  And a Jimmy Stewart movie.  I know.... I may have my movies and refreshments mixed up...... but then I am a twisted guy.