I have picked-up courage and trust to forward this letter with divine confidence that you are a reliable and honest person capable of handling this important business proposal believing also that you will never let me down either now or in the future.

I am Naut Klasse , a solicitor at law. I was the personal attorney to Eng. Gilbert M. Reain, a national of your country who used to work with an oil servicing company here in the Netherlands thereof be referred to as my client.

He left no clear beneficiary as Next of Kin except some vital documents relatedto the deposit still in my possession. Recently, the financial company contacted me asking for the the next of kin to the funds or funds may be declared to the goverment asunclaimedUpon a clear and legitimate agreement with you, I seek your consent to present you as the next of kin, so that my late client's fund will not beconfiscated by the Finance Company.

You will be entitled to 40% of the total fund, 50% for me while 10% is to be marked out for any expenses that will be incurred during the clearance orprocess of transfer of the fund to your bank account. Be informed that there is no risk involved as all necessary legal documents that will be used to back you up as the legal beneficiary and next ofkin of my late client will be procured. I guarantee that this will be executed under a legitimate arrangement that willprotect you from any breach of the law.

Kindly, get in touch with me by my e-mail (reachnk@yahoo.cn) or telephone to enable us discuss further.

You may also send your telephone number so that I can call you. Do not forget that a transaction of this magnitude requires utmost confidentiality and sincerity.

I look forward to your urgent response. 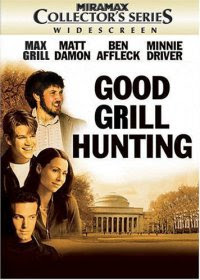 I haven't been this sick in years. I'll spare the details..... but it has been five days of feeling like shit and I am still not completely back to normal. Whatever normal is.

So I don't have any big news.

Max won an award at the National Broadcasting Society annual convention in New York at the end of March for one of his radio dramas. Of course, he wasn't there. But that hasn't stopped him from being very pumped up. He has a new movie planned, too. I am loathe to break the news to him that it has been done. Let someone else burst his bubble.
I haven't died. I have just felt like it.
Now...... back to the office.
Posted by okjimm at 6:58 AM 2 comments: