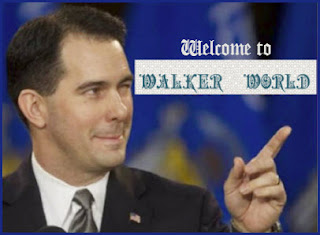 Clothes belong in closets, not people

WASHINGTON — A majority of the justices on Wednesday questioned the constitutionality of the Defense of Marriage Act of 1996, as the Supreme Court took up the volatile issue of same-sex marriage for a second day.
Justice Anthony M. Kennedy, widely considered the swing vote on the divided court, joined the four liberals in posing skeptical questions to a lawyer defending the law, which defines marriage as the union of a man and a woman for the purposes of more than 1,000 federal laws and programs.

Well.......... my first thought about gay marriage, well OK.  This 'Defense  Of Marriage' thing was pretty stupid anyway.  I mean, if you really want to DEFEND marriage...... outlaw Mothers-in-Law, and as Congress hasn't come close to addressing that issue, screw 'em.

Personally, I think marriage should be outlawed.  I know that will never happen, cause open bars at receptions are very popular.... and if you don't invite enough people to your wedding, Who is gonna eat that big cake thingee, and getting blenders and toasters and micro-wave oven gifts is a spiffy deal.  My thought is marriage should be replaced with something like a renewable five year "Fidelity Lease".  You both promise not to fuck around with other people.  Easy enough.  And, if in the first five years everything goes well (or you have kids) you can renew for a twenty year one with a clause of who the kids stay with after college.

all right, that was silly, but then, so is denying basic rights to all people.  I think it falls into that 'pursuit of happiness' thing.  And inheritance.  And taxes.  Health benefits. Such stuff.

I hate to go the route,  " I know some gay people and they are all right" shit.  Well, I do, but that is just stale shit.  But I know Brian nad Tony have been together over thirty years....and Michael and Jerry too.  ?hose guys are about as married as you can get .  Course, Tom and Debbie were NOT married for about 20.... and they only got married because of legal benefits.  I guess Jerry and Michael deserve the same choice.

What I don't get is why this decision is now up to nine old shits in black robes.  This should have been a done deal a long time ago.  I don't think of it much; but the bottom line is if Gay/Lesbian people want the same pain, suffering, anxiety, anguish, worry and bullshit as heterosexuals...gees go for it.

BUT.....Gays should never own guns.  Wayne LaPierre told me so....and I believe everything that guy says.
Posted by okjimm at 1:16 PM 5 comments: