We are building new aircraft carriers.  Navy expects to build about 11 of them....the last one not finished until 2058.

A 2009 report said that the Ford would cost $14 billion including research and development, and the actual cost of the carrier itself would be $9 billion.

Of course... that is what the cost is estimated at NOW.  Gosh, just another case of building social programs that help the middle class.

Never eat left over oatmeal on a Sunday morning.... course I'm thinking it wouldn't be good on a monday or tuesday either, but listen... if you can't remember if you made that stuff on friday or was it saturday, definitely don't be eating it on a Sunday morning, in fact, iffen you care to know... Don't even be looking at it on a sunday morning. Nope.  It'll start making you think what of why in the name of  bad toenails you saved that stuff for anywayz.  Expectionally if you spent a good part of the late saturday afternoon drinking strong beer with Billa Lang. 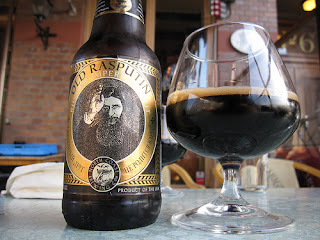 Now... Billa was in an off mood. Normally he kind strides into Oblio's with a grin painted on his face that makes you think he just found the WORLD'S next best idea and that he has it firmly tucked into his back pocket.  But his allergies were kicking in... and he made me get out my computer to check some sort of pollen chart just to show me that he was not making it up.  "You just can't make up this shit," is usually what he says, even when he is making up shit.  A couple of rum and cokes didn't fix his allergies, but it sure enough made him happier.  "Gonna move to a desert island... I've had it with these allergies. I'm no making that up, either!"

We talked a little politics.  Seems like Grovernor Scott Walker erased the Wisconsin Equal pay Bill that protected women and other groups from Wage Discrimination.... cause it was a GRAVY TRAIN  for trial lawyers.  "course.... after telling everyone here in Wisco that we are Broke Broke Broke... it didn't stop him from handing out $765,000 Dollars in BONUS and RAISES to 'select state employees.... included some State Assistant DA's who were key in his bashing of Union Right and EVIL Teachers.... AND>>> get this... it was right after he got back from a fundraiser in OKL-FUCKING-HOMA  sponsored by Kosh industries at &10 THOUSAND A PLATE diner.  Musta been a really really good salad, huh?  "You can't make that shit up," said Billa.  I told him to let me know when he finds that desert Island... I will go with him, but only if I can be King. "Nope. I'm gonna be the King," he said. " But I'll let you be Duke of Coconuts, "he laughed.  He kinda laughs like Mr. Ed.  I can't make that shit up.

Earlier in the day I hit a good sale at the old record shop.  Three re=mastered CD's, Son House, Robert Johnson and a Charlie Mingus... plus a bunch of free samplers of newer music.  Only set me back $15.  I figured that was  good deal..... alotta nice old Blues is now out on remastered CD's.  Good stuff on a sunday morning with coffee.  Boy&howdy..... I think I will hold a breakfast fund raiser so I can buy more.... a dollar a bowl.... oatmeal.  I think it is the WORLD'S NEXT BEST IDEA.... I'll run it by Billa and see what he thinks.  Seriously.  You can't make this shit up. 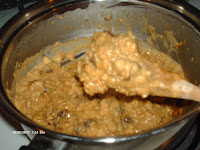