How My Life Changed

It started out as an innocent thought. I began to think at parties of how to loosen up. Inevitably though, one thought led to another, and soon I was more than just a social thinker. I began to think alone-"to relax," I told myself-but I knew it wasn't true. Thinking became more and more important to me, and finally I was thinking all the time. I began to think on the job. I knew that thinking and employment don't mix, but I couldn't stop myself. I began to avoid friends at lunchtime so I could read Ralph Waldo Emerson's work to enhance my thinking. I would return to the office dizzied and confused, pondering, "What is it exactly that I am doing here?" Things weren't going so great in my outside life either. One evening, after eating dinner, I asked Cheryl about the meaning of life. She stared at me, aghast. I soon had a reputation as a heavy thinker.

One day the my boss called me in. He said, "Jimm, I like you, and it hurts me to say this, but your thinking has become a real problem. If you don't stop thinking, you're going to have to find a new job."

This gave me a lot to think about. I came home early after my conversation with the boss. "Cheryl," I confessed, "I've been thinking..."

"I know you've been thinking," she said, "and I want to see other people!"

"But Cheryl, surely it's cannot be that serious."

"That's a faulty syllogism," I said impatiently, and she began to cry. I'd had enough. "I'm going to the library," I snarled as I slammed the door. I headed for the library, in the mood for some Nietzsche, with some Beethoven melody playing softly in the background. I roared into the> parking lot and ran up to the big glass doors... they didn't move. The library was closed.

To this day, I believe that a Higher Power was looking out for me that night. As I sank to the ground clawing at the unfeeling glass, whimpering for Zarathustra, a poster caught my eye. "Friend, is heavy thinking ruining your life?" it asked. You probably recognize that line. It comes from the standard Thinker's Anonymous poster.

Which is why I am what I am today: a recovering thinker. I never miss a TA meeting. At each meeting we watch a non-educational video; last week it was "Porky's." Then we share experiences about how we avoided thinking since the last meeting.

I have a new job now, and things are a lot better.

Life just seemed... easier, somehow, as soon as I stopped thinking
Posted by okjimm at 8:17 AM 13 comments:

Because I am Crackkkkkking up...

Heed the U. S. Dairy Council,
Keep the Gruyere on the shelf
Even just a tiny ounce'll
Give you vitamin B-12.
Gather, pilgrims at the deli
Buying Edam and Havarti,
Wedges moist and cold and smelly,
Bring home lots and have a party!
anon
-found on web 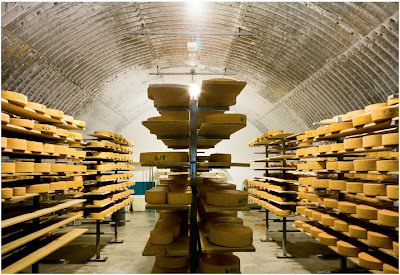 Because I ran out of egg noodles.... 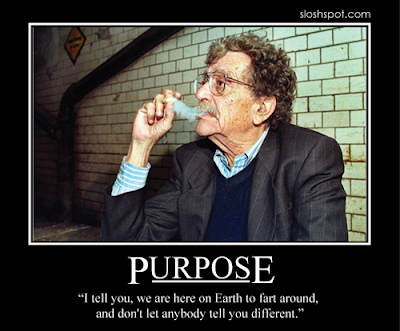 Laughter and tears are both responses to frustration and exhaustion. I myself prefer to laugh, since there is less cleaning up to do afterward.
Kurt Vonnegut
Life happens too fast for you ever to think about it. If you could just persuade people of this, but they insist on amassing information.
Kurt Vonnegut

Those who believe in telekinetics, raise my hand
Kurt Vonnegut
Posted by okjimm at 2:24 PM 4 comments:

A lie is whatever I want it to be; the truth is usually much less interesting.
I have
..immersed my self in 'Peace like a River', Leif Enger. I have saved the last 50 pages for tonight. every good boy deserves a favor..... and sometimes even boys like me. I would highly recommend it to Sherry Payton and Missy. sometimes everyone needs a good book. 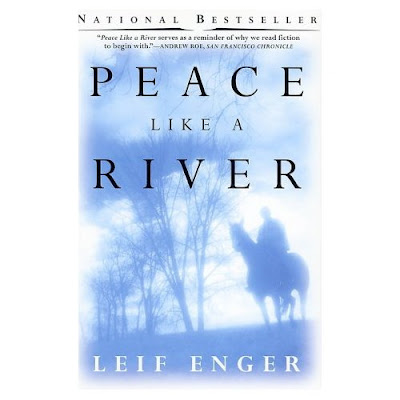 ..I cleaned my entire apartment. including scrubbing the bathroom floor.

..I have quit drinking for Lent. Lent is two days, right?
..still grokking Neko Case, 'Fox Confessor Brings the Flood. I thought it was bad.... then I thought it was good and then I thought I needed a beer. Lent's over, right? I would recommend it to Lisa, cause new music is Golden..... and there are really peachy-keen Edward Gorey type graphics all over it. 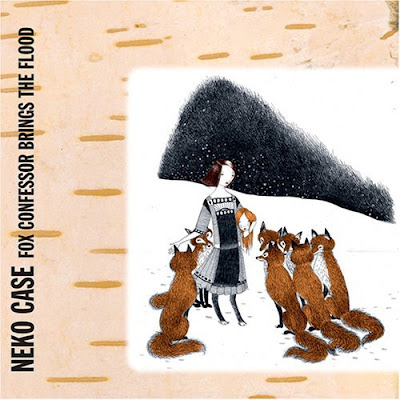 ..The curfew tolls the knell of parting day
The lowing herd winds slowly o'er the lea,+
The ploughman homeward plods his weary way,
And leaves the world to darkness and to me.
Now fades the glimmering landscape on the sight,
And all the air a solemn stillness holds,
Save where the beetle wheels his droning flight,
And drowsy tinklings lull the distant folds:
.. fully expect to win the lottery tomorrow
..the goddam coffee machine at the office is not working
..The quality of mercy is not strain'd,
It droppeth as the gentle rain from heaven
Upon the place beneath. It is twice blest:
It blesseth him that gives and him that takes.
..Bell's Brewery Hop Slam is my new favorite beer. Oblio's picked up another barrel just for me. 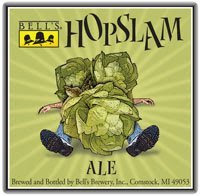