I found my chainsaw yesterday.  I had lent it to Aaron, from the New Moon, cause he had this really crappy cedar bush that was growing into his porch and it was getting very unsightly and wouldn't behave.  Had to go..  From there I lent it to my Ex, cause she had this ancient lilac bush, more like a tree if you have to call it something, but anyways it had split down the middle last winter and it needed to go.  I remember bringing it home sometime after that, but I couldn't remember where i put it.
Well, I found it. 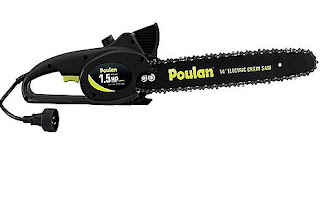 It was underneath a pile of laundry at the foot of the bed.  The pile of 'dirty laundry; not the clean pile.  If it had been the clean pile, see, I would have found it sooner.  I look for clothes in the clean pile, not the dirty pile.  Makes sense to me.  I found it with my toe. Got a little cut on my right big toe. I had the chain sharpened last fall, so it was very sharp.  Bled a little, not too bad, put some peroxide on it and a band-aid, but it was a good indication that I needed to do laundry, seeing as I do remember bringing it home about four weeks ago.  It is a nifty little electric chain saw.... goes 'whirrrr-whirrrr-whirrrr' rather than 'Rumpppppphhher-Rummppphher-Rummppphher'- so no one would ever mistake it for a chain saw that you use to cut down really big rees like the lumber jacks use.  I am not a lumber jack.  More like a brush jimm, if you have to name the trade and all.

But it was time to tidy up.  Now, my first rule of tidying up is pick a spot and clean that spot as well as you can.... and seeing as the spot by the foot of the bed was, well, kind of a challenge, I started in the kitchen.  It wasn't as messy.  The dishes were easy.  Only three days worth, or so.  I am kinda picky about having clean dishes.  The counter was a different story.  I found three moldy hamburger buns.  For a minute I thought of tying to scrap off the mold and still eat them, but after trying a little, I realized the mold went too deep.  Outa here!  Did find the spare house keys which was a good thing, see, cause I thought I lost them down at Oblio's and I was really afraid someone down there would find them and sneak in here and clean up and then I would never find anything and I like finding my own stuff, thank you very much! Found a roll of toilet paper I had been looking for, the potato peeler, two potatos... a little too soft to peel anymore.  Outa here! .....and twnty three cents!  Three nickels and the rest in pennies.  Not enough for a beer, but hey, progress was  being made?!!!  Even washed the floor!  Found a newspaper around the side of the refrigerator.... head line was Obama getting elected.  wonder how that turned out?  Anywayz........
I went to work on this spot by the front door.  Found my pipe cutter, which I had not been looking for, my finish sander, which I had, a pair of old shoes with the soles coming off... they made a thunk-whump noise when you walked in them, which is why they were there, outa here!  There was also a New Yorker magazine, unread, from 2010, a hex wrench, some CLEAN underwear, obviously in the wrong pile, those went into the drawer, and sixty-two cents, two quarters, a dime and two pennies.  So, all in all, I was up to 85 cents, still not enough for a beer, but gees, this picking up and cleaning up thing was starting to get profitable. 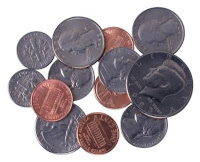 Also found a new baseball hat, Kessler's Whiskey, smooth as silk, which I had been looking for cause I was going to give it to my friend Joe, seeing as it is golf season and he has this small bald spot that he needs to protect from excessive sun and occasional bird droppings.  "Good Deal," I thought to myself.  There was also an unopened jar of strawberry jam and two cans of cream of mushroom soup.  Not sure how they got there.  They should have been hidden on the counter where they belonged.  There was a rutabaga, too...it looked good.  Now that the counter was cleaned, I had a good spot for it.
Well, having a clean spot by the door, a clean sink, a clean kitchen sink.....I was on a roll!  I was finding all sorts of things......next...the bathroom.
Now I do keep a semi-tidy bathroom.  The mess there is just things that BELONG there, but just need to be organized.  I did locate seven toilt paper roll thingees...that carboard cylinder that is left when the toilet paper is gone.  Just never moved them to the paper recycling  bin.  Done.  Outa Here.  The library I keep there needed some pruning....didn't need the chain saw, but almost.  I did throw away a 2002 Rolling Stone, a 2009 Beer Mag, and a Milwaukee Journal sport page from last October.  That was all I got rid of.....see, you never know when you might have to ,ah, sit there for awhile and it is best to leave something to read.  I did find  eight cents, though, a nickle and three pennies.  AUp to 93 cents.  They were behind the toilet.  Sprayed 'em with some Lysol and there were as good as new.

.....and the more I dug through stuff....the more I found.  Christines cell phone number that I had lost..called her..she wasn't there.  Found Ed's cell phone number.... just put it on my cell.... I see him most monday's so I didn't call him.  Located a bunch of postcards that I had put stamps on...but never wrote or mailed.  Time for some more Random Acts of Postage !  Photos of Max in first grade.  Two screw drivers.  Tony Santo Paolo's obituary.  Missing CD's.... A Canadian One Dollar Loonie.  Directions for the microwave oven I threw away last year.  A box of photo negatives that I saved from my Mother's house. 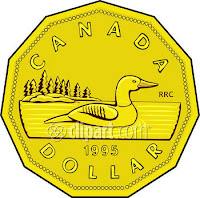 So, if you count the Loonie, I was up to a Dollar and 93 cents.  That is if someone will accept the Loonie, it being Canadian and all, but I figured I could try it and if it worked, why gosh.... it was close to a beer, all this new found money.

Anyways.... all this cleaning and finding was wearing me out.  So I made a stack of stuff that I wanted to sort through yet and put it in the now clean spot by the front door and went to the library to get a movie.  thought I would make a cup of tea adn watch a movie, seeing as the kitchen was clean, might even make a peanut butter and banana sandwich.  thankfully, I hadn't found an old one, yet, which is good, cause it would have been kinda old, see.

And that is what I did... ..got and old movie on DVD that I remembered that I had liked.  Jane Fonda and Robert Redford, 'The Electric Horseman".  Made a cup of tea and watched it.  Didn't make that sandwich, though, cause I was out of bananas and a plain old peanut butter sandwich just didn't seem right.

Now... it's a nice movie. An d if memory holds true....it did pretty good at the box office and stuff.