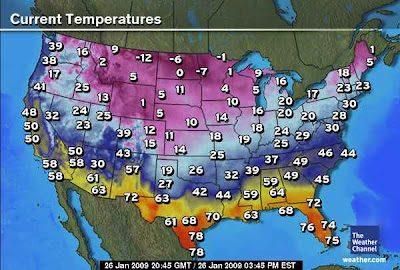 You don't need a weather man
To know which way the wind blows.

.....but sometimes it helps.
Woke up this morning feeling like a gang of malicious elves were clogg dancing on my back while wearing Clydesdale horse shoes.  Hurt is almost a joyful word compared to how it really felt.  But then...the Doc said that they slid a eight inch tube right down along the rib cage, and, well, golly it was gonna hurts for a bit and a bunch.  Live with it.  Now my first impulse was to pop another vicodin but I have been easing off on those suckers.   Kinda makes me dream of orange snakes sliding around in the jello.....and those were the dreams I had BEFORE I fell asleep.  Should put on label not to take them with Bourbon and glazed doughnuts.

So I turned on the weather channel......and OH....what they said!  Gonna be a snow Storm!  Kansas could get 36 inches....Oklahoma maybe 24.....  Missouri 18....Kansas is gonna get mega inches, Illinois a bunch inches.....and ohohoh...they are calling this Snowstorm 'Q" and I got all confused cause I could't remember snowstorm l-m-n-o-p and I thought they gave them real names, not just letters.  Like, what's wrong with snowstorm Quesadilla?   Just add cheese and go sledding, right?
Well the WeatherLady kept rattling off the inches and the WeatherMan interrupts and asks, "Is that a Heavy Wet or a Light and Fluffy?  Which broke me up.....see, I'm thinking all that talk of inches got him all worked up and he is looking at the WeatherLady like he was ready to do some plowing right now.  He had this look on his face that just broke me up......I think he had taken some Viagra so he would be ready for when the moment was 'right' and all this Wintery Mix talk was doing a number on him.  Well, I got a weird sense of humor and I starte laughing and it hurt my ribs....and golly....I settled for Vicodin and orange juice.
Stuff breaks me up.  The look on that guy's face broke me up.....just like that old Viagra ad...you know....the one were the guys are all so happy that they can finally get a real woody...and what do they do?  ?Sit around with each other and sing about it!!!!!!!!!
ya, that kinda shit always broke me up.  Gees, if they are T"HAT happy ...go home!!!!  Can't screw your banjo in a bar anywayz!
But what you can screw, iffen you can get it up...is the American public.  Oh...and there is a whole lotta that going on!  Start with Obama's choice of Sec of Defense, Chuck Hagel.  Well....the Republicans don't like him...mostly cause he used to be a Republican and a tlot more mostly cause he is Obama's Choice.  Shit, John CCain even admitted he won't vote for him because he said "GW Bush was the worst President since Herbert Hoover."  hmmmmmm  Well, McCain knows a thing or two about bad choices. 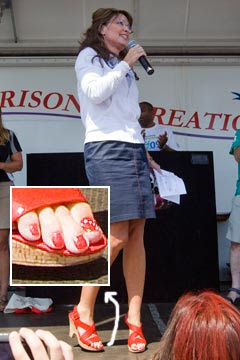 
....and now they are going to do this sequester thing.....mostly because....well.....because they don't like Obama.   They don't have a plan to balance the budget ...or do anything to help the country......but they have marching orders from Karl Rove and Grover Norquist and the Koch Bros.  The whole plan is simply to shut down all spending and emarass the president.

nah....that is too goddam mild.   The Republicans are just a buncha fools that think they invented the hard-on....yessirree bob.....they got dem low T blues, see, and they popped a pill that they didn't need and now they got an erection that may last well over four years...forget about that four hour stuff ....aw gees.....it really makes me sick....and I got the back pain coming on again, and the snowstorm Q....the weather people tell me....could last all day tomorrow.  I have gone to the library...all stocked up on Bob Dylan, Jimi, some Doors and som symphonic shit I haven't a clue about, but figure it will play good with some vicodin and a heating pad.  ah well......I am conna have my own little sequester and I ain't coming out untiol I elect David Letterman as Pope.

no time for blogging....