Oh, gosh, don't have much today....it is the nothingness thing again.. Just random thoughts... oh! I have one of those neat battery jobees on the wall...a "Random Detector'.  It beeps if there is too much random gas in the room...and then I run away to somewhere else less random.

So anyways, I was reading Sherry's blog  http://afeatheradrift.wordpress.com/  which is a nice place, and she had written this thing about Reid being a jerk and the bun bill, ah, gun bill  ....well, just go read it...anyways this troll is chiming in and stuff and he says a particular Democratic Politician
was the "most responsible party of losing S. Vietnam to the Communists."  Now that made me chuckle.  As if it was ours to lose. break me up. It was funny. I love the way wing-nuts think.

Little known fact about jimm.  I always put my left shoe on first. Yup. Left sock, left shoe...then repeat for the right side. When I first noticed this I thought it was because I was a Liberal, but then I realized it was because, well, gee,  what if the Random Gas detector went off,beep-beep-beep,  real sudden like, and it was a snowstorm outside and I had to flee my domicile quickly, why gosh, I would have at least one sock and shoe on when I bounce around out in the blizzard! And I do hop better on my left foot.  Congenital flaw, I'm thinking.

Anyways.  Then I was over at Squatlo's Blog http://squatlo-rant.blogspot.com/ and he had posted a nice crips bit about the hypokazy, hipocrok, shameless hucksterism of Pat Robertson who says 'gimmee jimmee' no matter how broke you happen to be, cause well, shit&bisquits, "I'm Pat Robertson and I have a limo driver to pay, expensive ties and clothes, to buy, and the Lord's Work ain't cheap.  Ha! and then good old Squats found another clip of Pat counseling his flock to be wary of "Religious Shams. Of Con Artists with bibles.  Hey, you can't make this stuff up!

You know, I gotta tell you, I tried a rutabaga last week.  Just marched right on into the grocery store and picked one of those ugly suckers up! Peeling a rutabaga isn't anywhere as hard as I thought.  I mean, at first glimpse, peeling a rutabaga looks like it could be tough. Naw, it was a snap. I like my rutabaga with a little salt and butter.  Goooood rutabaga.  I do believe I will buy another rutabaga. I think I have developed l lking for the word rutabaga. Say, did you know that rutabagas are from Rutabagastan. Capital is Rutabaghdad. The country next door is Turnipistan. That's where turnips  come from.    Amazing, ha!  Can't make this stuff up.

Well I was in between basketball games and I wandered over to Randal Graves blog http://lennui-melodieux.blogspot.com/ and he had asked the rhetorical question, " if a tree falls and there is no one around to ignore it, does it still talk with itself?"  Now the mystery of life itself could hinge on this answer so I highly recommend y'all head over there and leave old Randal with some answers.

Going to make some Jello tonight.  Lemon Jello.  Jello originated in Jellopia, by the way. Little country outside of Sweden. You can't make this stuff up!
Anyways. The way I make it is,see, I don't add that cold water part of the recipe.  Nope.  Just mix in a can of crushed pineapple and a little lemonade.  You know lemonade originally came from Lemonolia.  Some desert country.  Not sure.  Better go look it up.  Just the facts, see.  And I am still not sure why Random Gas is dangerous and must be detected!
Posted by okjimm at 4:18 PM 8 comments: 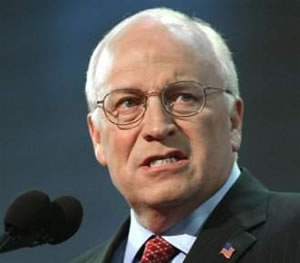 Dick Cheney made millions off of the war 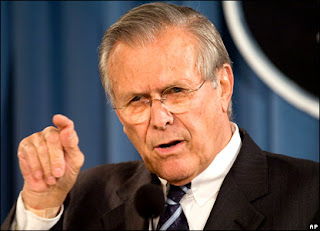 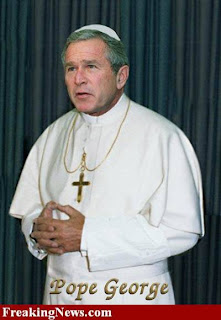 I pray for strength. I pray for wisdom. I pray for our troops in harm's way. I pray for my family.  I pray for my little girls. I think I would make a good Pope. I prayed alot and now Iraq is free.  Say, are the Cardinals still in town?  I always liked a Astros-Cardinals game.
Posted by okjimm at 2:43 PM 4 comments:

A little carry out Chinese

Golly....winter has been offensive this year.  March is starting to act like the asshole guest at the dinner party who does not know how to leave!! Disgustifacating, if you ask me!But no one really asks me,, which is a good thing, if you ask me....
It was a good St. Patrick's Day....which was really Sunday, but here in beautiful downtown Wisco the local populace decided a Saturday would work so much nicer for a party, giving all involved a whole extra day to sober up before needing to be at work.  At six-thirty our town had it's first St. Partick's day parade. Extreme efforts were made to make the parade a success including making the parade only two blocks long. Now that was a stroke of genius.  It started down by the sundial across from the New Moon and ended a the empty car lot down by the Roxy where beer tents had been erected.  I always thought it bespoke well of the citizens of Wisconsin that they were not only hardier to drink cold beer outdoors in a tent when the temp is only 28 degrees, but just stupid enough to relish the opportunity.  I sat in at Oblio's with Basketball Joe and Baseball Ed.  Schultzy had some corned beef and cabbage flown in from the north side.  Nothing but the finest, course, it is hard to screw up a dish that is mostly boiled food.  The place filled early.  By 5:30 the place was fpacked with semi-inebriated young men and women; one of the latter very intent on declaring that I was Geraldo Rivera, so much so that she asked if I would autograph her boob.   I did explain that I really wasn't Geraldo, and she replied that she really didn't care


"Erin go bragh. Nice tits. Geraldo." is what I wrote with the sharpie pen, though now that I think of it, that was an  error, using the plural, as she only pulled out one and, to be honest, only 75% of that one.  I should not complain.  I have not seen a 25 year old boob in some time, let along sign one.  Ed thought it fun and it did add a little frivolity to the happening.

It still is the same old winter, though, and I grieve for the absence of all the other young flowering boobs, ah, buds of springtime.

I  haven't seen a recent photo of Rivera.   I think I should find out if I can look more like him especially if the offers are that good.  Many years ago someone strongly remarked to me that I looked strongly like the Country & Western singer, Eddie Rabbit.  Now I really don't know what he looks like, and will never look him up to find out, but gees  Eddie Rabbit.  Maybe looking like Geraldo isn't so bad.
Ah, it is snowing again.  Three inches expected.  I am so gleeful with the news that I darn near died.

well this hasn't been much.  It still might be more than my last post, which was about nothing.  I leave you with a passion pasta poem....and ode to spaghetti 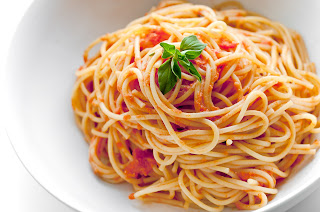 her hair was like well boiled spaghetti
her eyes deep and rich red like a sauce
immediately!  I was in love already
I just wondered how much she cost

her meatballs were large and well breaded
a little Parmesan stuck on her lip
"Fifty bucks, " she said, "if youse intended"
and smacked herself wetly on a hip

now, sometimes my breadstick thinks for me
and sometimes I make it behave
but I envisioned her passion like a hot garlic sea,
amongst her Amber Grain I would wave

ok...that is not worth finishing and I really have an urge for Chinese anyway.