Now This Is Wixconsin!! More Cows than Politicians!!!!

OK....so I cropped the photo a bit, big deal, but this is what was on the front page of my local newspaper today!  Udderly ridiculous! NOW... I could milk this for all it's worth...see, and I just might.  The story was about big factory dairy farms, places with  over 2,000 cows. Turns out there a bunches of them, and that's no bullshit, but I figured they could have found a better photo.  Times are what they are, though, and I am sure the paper doesn't hire the cream of the crop anymore.  Well before anyone tries to butter me up for posting such a cool photo, and one of you out there might, I have to say that it is just so hot lately that all my thoughts just curdle.  But listen, see, the photographer could have taken a FRONTAL view, asked the cow to say, "CHEESE", BUT no no no... 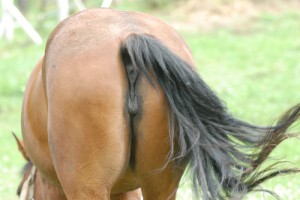 Once, I thought of being young forever.... 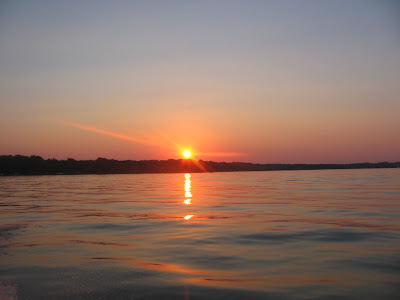 It is hot. And muggy. And down right uncomfortable. And it is lasting, for days now. Our local newspaper made the astute observation that 'energy use' is up during the heat wave.  And it is  no never mind exactly how high the temperature is, or the dew point for that matter, and we really don't care what this 'heat index' thing is, it is just plain hot, muggy and uncomfortable. The last time, if I remember correctly, that it was this hot was the summer my daughter was born, twenty-two years ago, and we lived in one air-conditioned bedroom.  It was almost two weeks of temperatures over ninety and a woman who is nine months pregnant, and two weeks beyond her due date, does like a cool room.  It was impossible to cool the downstairs and cooking in the kitchen was impossible.  I remember getting carry-out a lot and cooking on the grill outside.  Making jello and macaroni salads late at night when the kitchen did cool a bit.  I remember the heat spell broke the day my daughter was born, on July 15th.  It is what I remember.... the three of us, my wife and I, our three year old son... sitting on the old iron bed upstairs in that one air conditioned room, eating up there, watching TV, playing cards, waiting four the fourth family member to show up.  I forget how old I was, though I could calculate it, and that is not important.  What it is... is that heat wave left me with an indelible remembrance of things felt.  I remember that correctly.  Weather will do that for you.

Extreme cold will do the same.  I think it was January of '77 and we hit a stretch of about 34 days where the temperature only rose ABOVE zero once.  Mind numbing cold.  Days of minus 20 degrees, or -30 and exorbitantly gusty wind chills, even once, they sadi, if I remember correctly,  of -75.  But again, it is not so much the weather that you remember as much as what occurred during that weather. We were young yet, my friends and I, and mostly just out of college or still in grad school.  Cars would not start well, or at least the vintage of cars that we owned.  I remember mine did, a '88 Rambler with a tank heater. And that I lived alone in a decent sized little one story bungalow with a fair sized dining room with a big table, the consequence being that I would pick up folks and my house became a nights and weekend hang- out.  No one wanting to walk out in the cold or venture too far where your car could freeze up. And we would play Risk and backgammon and cribbage and Sheepshead... and cook community meals and pool money for beer.  The cold created a family of sorts then. And I will never forget those people, ever.

The heat wave that I really remember is the one that happened when I was twelve, right before my birthday and the start of eighth grade.  Now that is a strange time in any boy's life and I was not an exception.  I still had to complete a grade at the Catholic School, I prospect I abhorred beyond measure.  Most of my friends were already at the Junior High and getting ready for football in the fall, something that did not exist at St. Patrick's, Nuns being unusually inept in the sport. To add to my discomfort that summer was the 'tweener' thing.  Too old for all the amusements that used to work and too young for the ones you hoped lay just on the horizon.  There was no cable TV, no video, no internet....you had nothing but your friends to hang out with, and that was good, good friends who were all in the same shape you were. Girls were an interest, but that was something else we were too young for, or at least for more than talking about. You felt that you wanted to stay young forever, and could not wait to grow up.  Whatever that meant.

And so it was that summer as a heat wave enclose the hills of Western Wisconsin. The days would swelter and we would swim in the lake. Nights we would hang at someone's house and talk.  Or go down to one of the creeks and drink soda... and talk.  Fog would come cruising in along those creek banks after sunset and give you the only air-conditioning available. It was that kind of summer. Teen angst just heating it up a little more. I remember that summer well, for many reasons. A prime one was that my brother, older by three and a half years and a very big guy, had taken up the habit of antagonizing some of the 'bad' boys in town who in turn, not able to touch him, had taken up the habit of unleashing their frustrations on me. It was just the way it was in small towns. It sure didn't lessen the anxiety, though, and after a few scuffles which found me on the short end, I was starting to work out on a speed bag thinking that a good left jab is a nice thing to possess.  But I digress.

The thing I remember most that summer, during that heat wave, was that I discovered what love is and how discovering it in the way that I did made me think I would never really know what love was, or at least not with the intensity that I wanted.  That is a perilous ledge for a twelve year old to peer off of, but I will tell you about it.  I was there.  It was a hot summer.

So the word was, that day in early August 1960 something, was Hugo Mueller was looking for me.  Not a good thing, see, cause Hugo was mostly known by his nickname, Huge, and that he was. Well over six feet and possessed of a wardrobe that consisted mostly of black t-shirts that never quite covered his enormous middle girth, Huge Mueller was definitely a person to avoid.  My Big Brother had obviously pissed him off and he was going to settle it by finding me.  I would avoid that at all costs.  Spent the day at the public swimming pool, where he couldn't touch me, rather than going to the lake.  Spent most of the early evening at home.  Hugo was also noted for not being extremely brigh as well as for being big.  he would forget me soon enough, I thought.

That evening I got a call from a friend, Mike, explaining we were going to Greg's house, just hang out, Ross, too. I meet Mike and Ross downtown by the small bridge that spanned Beaver Creek.

So that is how it was, that night, the three of us walking to Greg's house at duck, the elm trees, all lost just years later, were a nice shady canopy and it was cool in there shade. It helped, the breeze through the leaves...to forget all that was bothering you. I remember I felt relaxed and had a feeling that what ever the trouble in my mind was, it could wait.

Mike spotted him first, and at first I thought he had seen Hugo, but instead he pointed to what looked like a heap of rags on the sidewalk. Ross identified it better, as an old man on the ground. The three of us rushed over, and sure enough, it was an old man wearing a sport coat and tie in the heat, a gasping sound coming up deep from his throat.  Now, we didn't have cell phones and none of us thought of the obvious thing, to knock on the nearest door and use a phone.  Mike said he would run to the hospital and get help; Ross would run to the Police Station... both were just blocks away.  " YOU stay with him," Mike said, " you're the Boy Scout!"  Which I had been, and not much of one, if the truth were known.  But that is how it was, if I remember correctly and so began ten minutes that would stay with me forever.

I did what I remembered to do from what I had read for one stupid merit badge. I loosened his tie, tilted his head back and opened his mouth and checked that he wasn't choking on his tongue. He wqsn't breathing, or did not appear to be.  There really wasn't much thinking on my part.  I pinched his nose and, taking a deep gulp of air, started mouth-to-mouth resuscitation. Or at least as much as I remembered from that merit badge pamphlet.  I was still doing it when the cops came.  The first cop did whqat I never thought to do... check for a pulse. "He's gone," he said, just about the same way you would say the Braves had beaten the Dodgers.  The old guy's wife then showed up. I guess she had run to their house to use a phone. "Henry," she was crying, over and over.  I remember another cop telling her that 'sorry' there isn't much more to do, ma'am.  I was still kneeling by the now dead old guy, had his head cradled in one hand.  She knelt on the other side, and put her hands on his cheeks. "Oh Henry, Henry, " she cried, "What will I do now?" Then, and I will never forget this, she looked directly at me and said, "Where will I be now?"  I looked directly into her eyes and knew.....
that I  wanted to stay young forever, and could  wait to grow up.  Whatever that meant, and that love might just be a stroll through breezy elms.... on a hot summer night, and that I may never know where I will be now, or ever.
Posted by okjimm at 12:52 PM 2 comments: