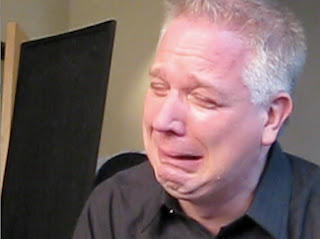 He is a lame, loony, lonesome, loathsome, ludicrous liar of a car salesman.

America... just a nation of two hundred million used car salesmen with all the money we need to buy guns and no qualms about killing anybody else in the world who tries to make us uncomfortable. 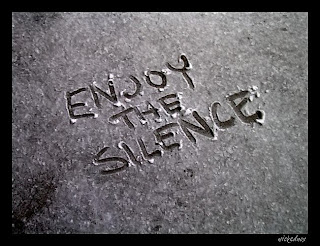 all which isn't singing is mere talking

and all talking's talking to oneself

(whether that oneself be sought or seeking

master or disciple sheep or wolf)

gush to it as diety or devil-

toss in sobs and reasons threats and smiles

it is you (ne i)nobody else

you are deafened every mother's son-

all is merely talk which isn't singing

and all talking's to oneself alone

but the very song of

I think I am turning of TV for the weekend......( save for a couple of football games)

A fool and his beer

I have had little to write about. And little time to do it in. My company has experienced financial downturns of late ( which is news? ha!) but to date I have managed to keep a position in a sea of drowning sailors. But it is stressful. So it has become increasingly difficult to ignore a swath of emails from some of my friends, one in particular, who emerged with me from the primordial soup of college to become much more fiscally successful than moi and feel very threatened than they may have to share their wealth with the less fortunate in terms of possible increased taxes to fund a government health care plan. These guys are Doctors, Stockbrokers, Engineers.... but in the past the merging for social occasions was all a matter of fun, music and camaraderie and not a matter of politics or money. The times they are a changing! For the last couple of months I have been besieged by one.... who cannot come to grips with the Obama Administration. He has been crying "Ruination" since last December.

... And I told him to knock off the emails. Leave it alone. We can talk football and beer. Our politics do not mix. He didn't. Friday last there was one that got rather personal... sent in a group email... disparaging my 'lack' of political acumen in that I do not believe Obama has destroyed our nation in seven months. I pointedly told him to knock it off.... again.

I'm in big enuf trouble with him already.....

Combusted, indeed. Of course, if we need to consider the source of combustion, and then determine that it was not a large fire, we should also then consider whether there was a need to burn at all. Recent studies in our National Parks have confirmed that controlled burns are a great source of rejuvenation of a natural state. Yet a fire caused for simply the urge to watch things burn is vandalism. However, giving a match to someone who does not have the sense to delete a thread is just obtuse.

But rather than dwell on such mundane subjects as minds that are not simply content to watch fires burn, or for that matter, watch a Nation burn or watch friendships burn, but feel compelled to fuel those fires to greater intensity , I would pose a challenge.... engage your mind in an expansive way rather than trying to peer up ones own asshole to determine how wide the orifice is and whether there is room to insert a thought of an analytical nature rather than another weak puerile attempt at humor.

So, hence I will tender my own attempt to amuse.... name that quote! One beer for each one correctly attributed without need of google. Those who resort to using hard copy(or own hard copy) where the answers can be found will be congradulated, but will be denied libation.


1
It is better by noble boldness to run the risk of being subject to half the evils we anticipate than to remain in cowardly listlessness for fear of what might happen.
2
A lie does not consist in the indirect position of words, but in the desire and intention, by false speaking, to deceive and injure your neighbour.
3
Wit has truth in it; wisecracking is simply calisthenics with words.
4
The want of belief is a defect that ought to be concealed when it cannot be overcome.
5
It is a mistake that there is no bath that will cure people's manners, but drowning would help
6
If one must drink with fools... it is best to drink alone. 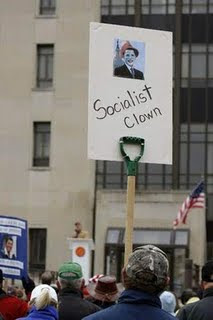 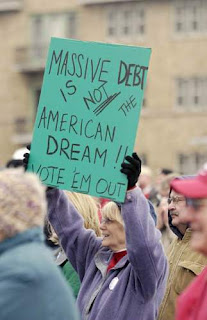 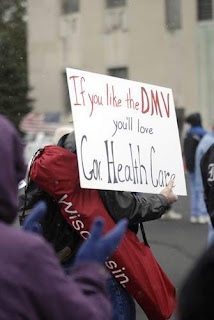 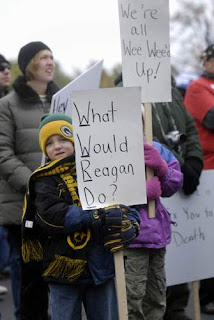 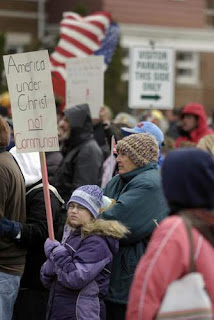 I went to a political rally on Saturday.... a Tea Party (Taxed Enough Already). Joe the Plumber was to be the guest speaker. There were about two hundred very cold people there, rallied around a slate of Bankers and Real Estate and Insurance folks who seemed to be bent only on throwing a little fear into a middle class crowd. It was very cold with little wisps of snow floating in the air. After about a half hour I had had enough and strolled a block away to the farmer's market. The vegetables seemed a lot fresher..... and I liked the signs better. 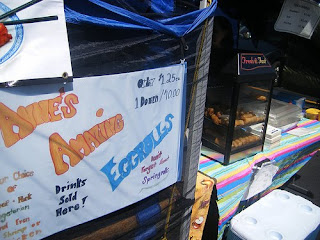 Don't ever become a pessimist... a pessimist is correct oftener than an optimist, but an optimist has more fun, and neither can stop the march of events.
Robert A. Heinlein
Posted by okjimm at 11:54 AM 84 comments: