It's NOT Guns that are a problem...it's the NUTZ

Wowzers! It's only a few days into the New Year.....and already some things irk me.....to begin with, some really irritating expressions.  Like, say, "Bucket List".  Not what is that really supposed to mean?  Sounds like an itemization of how many oats which horse gets.  Ohohoh.....and this "Double Down" thing.  I mean, really.... I would NEVER Double Down unless, see, she was really really gorgeous and asked nicely&stuff.  Hey, another one that is so so so overused is "Awesome"  It doesn't mean anything anymore.  Awesome?  I will tell you what would truly be awesome; when the lilac bush in the back yard suddenly goes up in flames and a voice from Heaven says, "Two pints of import beer for the price of one at Oblio's. No coupon needed."  Now that would be awesome.

Yessirree Bob....course, what truly would be awesome is if politicians would double-down on things that truly need to be done, make a bucket list to do it, and then GET IT DONE.....!!!  Of course, that will not happen.  Just before Christmas some nut kills 26 innocent children and teachers, the President makes an effort to try to stem the tide of gun violence, everyone gets excited....... untilHawiann Irish Football Player has an imaginary girlfriend who imaginarily dies of cancer. 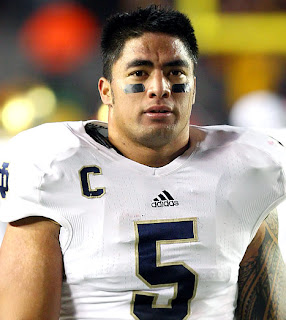 Gees, what a flake.  I mean, first of all...if you are gonna have an imaginary girlfriend and you want to imaginatively kill her...I mean, c'mon....have her die in a sky diving accident or killed by pygmys in Africa while trying to find an AIDs cure.  Something original.  And golly gee-willikers ....get with the drift and paint some Bible verses under that eye shadowy thing. 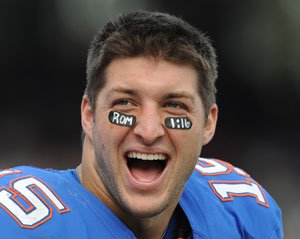 ohohoh.....and get an imaginary God, who cures cancer ....ya, there you go.  ohohoh...and then God trades you to the Jets.  Now that would be awesome.

Course...iffen all that happened...we would easily forget all about dead children, gun violence and trying to find a sensible solution to fixing a problem that should be on everyone's bucket list.  But that ain't gonna happen...in fact, the only solutions that seem to be out there that the NRA feels would work is PUT ARMED GUARDS AT ALL SCHOOLS

......and by golly...if the nutz are really the problem....why,gees, then I have a solution! Arm the Squirrels!

Think I'm joking?  Nope.... just think about it.... So we have all these automatic, semi-automatic, assaultivish weapons and the NRA says the solution is just to make sure nutz don't have guns...and really just get more guns and post a semi-retired, or automatically retired, person at the door of every school, hospital, day care center, post office, movie theater, shopping mall, churches, pawn shops, gift shops, coffee shops. antique stores, sports stadiums, McDonald's, Burger King, hospitals, animal shelters, convents, Planned Parenthoods, Neighborhoods, Robin Hoods and just plain old Hoods.  That's what the NRA says....which would really be good business for gun manufacturers and would really help reduce the deficit and the unemployment thing, except it would cost oodles of money and we would just bump our heads on the debt ceiling again.  So.....in my quaint Wisconsin Way...I have a solution.

Arm the squirrels and put 'em to work.  There are plenty of them!  We got grey squirrels, red SquirrelsBlack squirrels....betcha there are Christian Squirrels and Jewish Squirrels too!  Not to many Born-Again squirrels, though, cause I watched a dead one in the road and he ain't come to life in a buncha days.  Anyways, we gotZ lot of squirrels and we got lotz of guns....and anyone who has ever put up a bird feeder knows that squirrels will work really really hard for peanuts, or any other kind of nut, truth be told, and STUFF....we certainly have enough NUTZ in America...why, gees, just look at Congress!  Damn...let's do this!  I think that the only way to stop a BAD GUY with a gun is with a squirrel with a gun! oh oh oh...Squirrels are quick, determined, agile.....fact is....let's just bull all our troops of of Afghani-ville and replace them with Squirrels!  Think of the lives it would save.  The Talibananas would not know what hit them!

ohohoh...I am overwhelmed with how smart I are!  I am putting this on my bucket list....right after my imaginary girlfriend get done riding in the Tour de France and double down on a few beers.