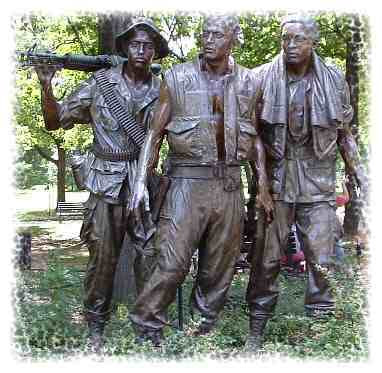 Every Fourth of July I think back to some friends I used to know that are no longer around. I don't spend a lotta time thinking about it..... but I think of them.

I knew a girl who was almost a lady
She had a way with all the men in her life
Every inch of her blossomed in beauty
And she was born on the fourth of July
Well she lived in an aluminum house trailer
And she worked in a juke box saloon
And she spent all the money I give her
Just to see the old man in the moon
I used to sleep at the foot of Old Glory
And awake in the dawn's early light
But much to my surprise
When I opened my eyes
I was a victim of the great compromise
john prine
Yup.. there are ghosts and ghosts...
then there are ghosts I still drink a beer with.
But that ain't no never mind today. I leave the office at noon and tonight head to the river to listen to a band I have wanted to see for some time.... Cory Chisel and the Wandering Sons. 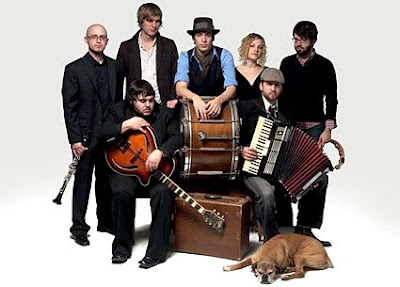 Everyone who has seen them says they do a real kick ass show. Plus I have free tickets... two actually.. so I have a spare, seeing as I have been stood up on the second... can anyone make beautiful DownTown Wisconsin by 7 tonight?

Anyways.... I said I would post some Holiday Cheesecake for Randal........ 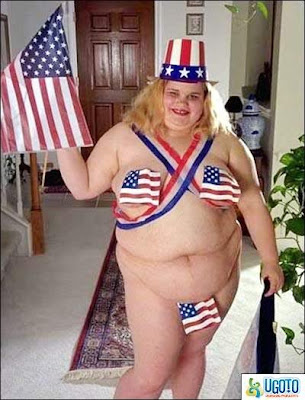 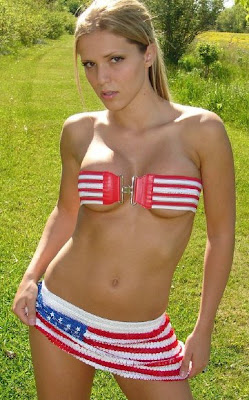 Happy Holiday.
Posted by okjimm at 8:12 AM 8 comments:

IT'S CANADA DAY!
Which is as good a reason to celebrate a Wednesday as any I have found.
Actually, eh, I have great respect for Canada. For one, it is a large region that separates me from Sarah Palin. For two, it gives Chicago people another place to fish with out coming to Wisconsin. 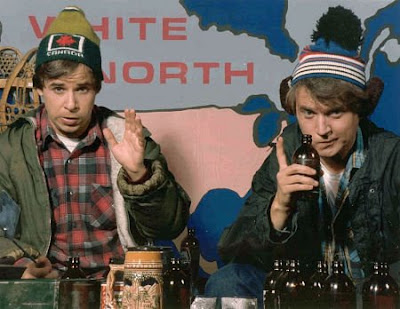 For three, my great sister-law, Linda, is a Canadian. In just ten short years she has convinced my brother that he, too, is a Canadian. Which is a great improvement from his previous belief that he was really a Minnesotan.

For four, I know some really terrific folks who are Canadians. Most of them live in the States.

For five, .... C,mon ... there is no five in Canadian-ese. Five would require that they take their boots off to count. 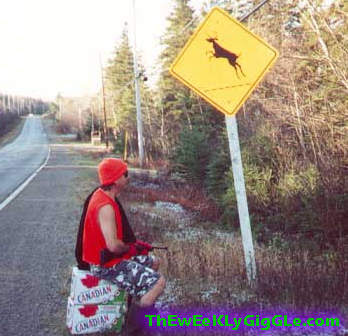 A Canadian bloke is walking down the street with a case of beer under his arm.His friend Randy stops him and asks, "Hey Dave! Whatcha got that case of beer for?""Well, I got it for my wife, you see?" answers Dave."Wow," exclaims Randy, "Great trade."


It was mealtime during a flight on Air Canada."Would you like dinner?" the flight attendant asked John, seated in front."What are my choices?" John asked. "Yes or no," she replied.

Canada apologises to the US
A truly Canadian Apology to the USA, courtesy of Rick Mercer from This Hour Has 22 Minutes, CBC Television:

Hello. I'm Anthony St. George on location here in Washington.
On behalf of Canadians everywhere I'd like to offer an apology to the United States of America. We haven't been getting along very well recently and for that, I am truly sorry. I'm sorry we called George Bush a moron. He is a moron, but it wasn't nice of us to point it out. If it's any consolation, the fact that he's a moron shouldn't reflect poorly on the people of America. After all, it's not like you actually elected him.
I'm sorry about our softwood lumber. Just because we have more trees than you, doesn't give us the right to sell you lumber that's cheaper and better than your own. It would be like if, well, say you had ten times the television audeince we did and you flood our market with great shows, cheaper than we could produce. I know you'd never do that.
I'm sorry we beat you in Olympic hockey. In our defence I guess our excuse would be that our team was much, much, much, much better than yours. As word of apology, please accept all of our NHL teams which, one by one, are going out of business and moving to your fine country.
I'm sorry about our waffling on Iraq. I mean, when you're going up against a crazed dictator, you want to have your friends by your side. I realize it took more than two years before you guys pitched in against Hitler, but that was different. Everyone knew he had weapons.
I'm sorry we burnt down your White House during the War of 1812. I see you've rebuilt it! It's very nice.
I'm sorry for Alan Thicke, Shania Twain, Celine Dion, Loverboy, that song from Seriff that ends with a really high-pitched long note. Your beer. I know we had nothing to do with your beer, but we feel your pain.
And finally on behalf of all Canadians, I'm sorry that we're constantly apologizing for things in a passive-aggressive way which is really a thinly veiled criticism. I sincerely hope that you're not upset over this. Because we've seen what you do to countries you get upset with 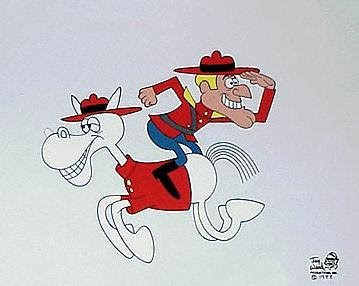 
Up in heaven God was talking to an angel about this beautiful country he was creating. He described this place to the angel."It will have lakes, tall mountains, as well as big trees covering the land. The air will be crisp and fresh , the water will always be clean, and the people will be the most friendly you will ever meet."
"I will call it Canada and the people living inside; Canadians.""But God." the angel questioned, "don't you think you are being too nice to these Canadians?""Nope!" replied God, "Just wait 'till you see their neighbors!" 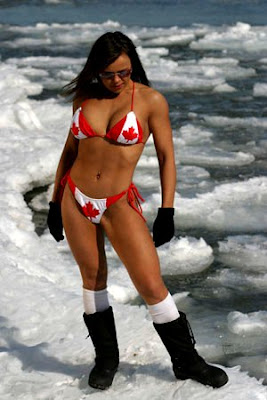 All right. Let's all go out and celebrate Canada Day. They are our neighbors, they drink beer, they like doughnuts........ and they sure know how to do creative things with there flag.... 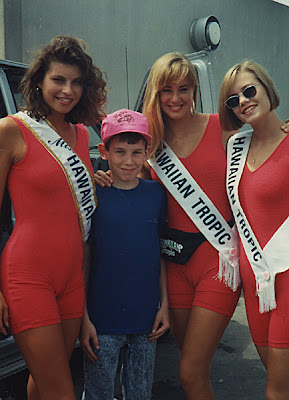