And sometimes gets serious......


The train tracks along  Broad St split the city like a rusty zipper.  The wide right of way on the west side of the tracks is a mild rage of bottles, cans, paper trash and rudely discarded hopes. You have to cross Broad, though, to get the park from where I live. This morning I was  going on a quick little walk to the park by lake and the zipper split open  a  bit of life fell out.

I'll tell you about it.  I was there.

The stuff here, the politics, the teabaggers, the Governor, the protests...... I needed a break..... so this morning I took a stroll down to the lake. The ice is still pretty solid.  The gulls like stoic prophets glide around hoping for a little wisdom or a dead fish.
But it was too chilly to stay down by the lake for too long so I decided to head back down Parkway St. and get a cup of Joe at the New Moon cafe.  Well, sure enough, when I got to the intersection of Broad and Parkway the rail gates started coming down b ut before they could totally close and ambulance sped through, just missing the gate.  Now, and here is where the morning got interesting, that sucker was hitting such a speed that the back door momentarily flapped open and a small styrofoam box the size of a six pack cam tumbling out!

Now, being the nice guy that I am, I picked that sucker up, figured it was supplies of some sort and I would make the phone call and have the company come and pick it up.  The kicker was, there were no labels on the box.  Well I lugged it down to the cafe, got my cup, and proceded to open the box.  Certainly there would be something inside, give me a clue, on who owned this box.
Well, it was taped shut.  Maria at the counter gives me a knife, I cut the tape...... and inside, all packed in frozen ice packs....... is a severed toe.... human.

Maria is now in on this and she gasps, "oh my God!!! What ....!!!" Her face has gone blank and her mouth is wide open.  I tell her to get me a phone book....the best I can figure is that this toe was headed  to it's rightful owner for a stitch and sew and we needed to get on this right away.
Now the ambulance was headed East, where the hospital USED to be... but it is a short hop up the Lake Road to Theda Clark Med Center where they do do all sorts of miracle medicine thingees.  And so that was the first phone call.  After getting passed around a few times.... no one knows anything... but I get numbers to Sta Agnes Hospital in Appleton and they also rattle off some numbers for me of different ambulance companies in the valley.  Maria fills my cup again and I start dialing.  I call Aurora Health... Mercy Medical... and then onto the ambulance companies.  I am on my third cup of coffee.  Keisha has joined Maria and I and we are going nuts.....somebody must know this toe!!  Now Keisha has he laptop out and we know have numbers for Milwaukee hospitals, Fond du Lac ambulances... Stacy has joined in and we now have four of us on the phone.  The toe has been repacked with fresh ice and Aaron has gone back to Broad St to see if anyone down there is looking for this box.

Two hours into this... the whole cafe is now clustered around my table.... I am just about out of ideas when finally Maria asks" "What can WE DO!"
Well... finally, when all was said and done... it came to me that there really was only one thing left..... 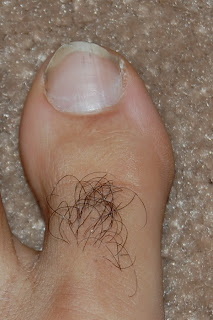 "Maybe we have to reduce that deficit not simply on the backs of working families, low-income people, the children, the sick, the elderly. Maybe, maybe we might want to call for shared sacrifice. Maybe Exxon-Mobil and some of the large oil companies might be asked to pay something in taxes."