but but but... it's all about balancing the budget....

so.. "Wisco" is broke... we are broke, broke, broke, broke... ain't gotz no money.... nope... we gotzta cut cut cut.. teacher benefits, social services, public works.... cause we is broke, busted, and generally, money-wise, screwed, stewed and re-fried.............  so... the Wixconsick '
Republicans.... work on a voter registration bill.... work on a gun carry law (which requires no 'gun training)  and now they are hard at work.... on an IMMIGRATION BILL similar to the one in Arizona!!!
Yupperz, oh, and have we got immigration problems that need fixing!!!  Wowzers, do we ever!!! It's the Canadians, see, cause Wisco has a big problem with CANADA
and it is really really serious!!!
Why those Canadians, see, are building rafts made out of old maple syrup cans and just paddling across Lake Superior and taking Native Wisconnyites jobs..... which we ain't got, see, cause, we is broke broke broke &stuff.

Frankly... I think them there Canadians is just here to steal our guns, see, or maybe our world champion football team... or else they are trying to illegally vote!


AND WE CANNOT HAVE THAT.....cause we are broke, see, and that is why I really really have to hand it to old Scott Walker, our beloved Governutz and his salty-toed minions for spending all of their time and attention and my money.... to balance the budget and keep those goddam Canadians up there where they belong and not down here doing what ever those goddam Canadians do when they are not watching Polar Bears screw or whacking baby seals with hockey sticks.!
Now, iffen you live here... you know we do not have immigration problems... see, Lake Michigan pretty much takes care of our eastern border, (except for the UP, and those folks have enought trouble going to Escanaba for a six pack, so it ain't no never mind if a few get south a bit... we just put 'em on a Greyhound and send 'em back... most are grateful for the help, cause they were too drunk to know where they were) and like I said, Lake Superior takes care of the Canadians, and the Mississippi rather keeps the Minnietosans where they belong..... our real problem... REAL Problem.... is

.... YUPPERZ... now if the Wisconsin Luberlagisgaters were working on that problem, why gosh it would be all right.

See, I propose building this big honking wall at our southern border where the Illinois tourista class folks can just walk up, throw their tourista type dollars over the top and sigh, "I heard they have lakes full of fish up there; wish I could go up there and be throwing beer cans in the woods."

I think I am going out for pancakes. 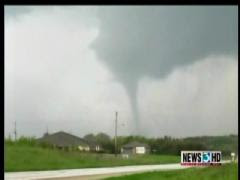 Found a screen shot of the tornado that hit my home town Sunday night. the damage there was significant, but not anywhere close to Joplin or LaCrosse or other cities. Couldn't find my sister for a couple of days and they have a huge old maple in their yard that I was concerned about...... if it falls... it falls on their house.  She is OK, theri house is ok....

but she is, as a retired teacher, very concerned about their household budget.... thinking of eliminating all 'social services' to her husband as a way to saving money.  I didn't ask further. 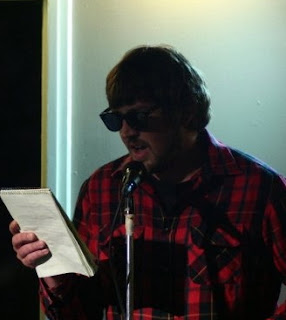 Boy Wonder is home for a week.... or at least he is about town, somewhere. Very hard to keep track of.  He is determined to see all of his college friends that are still here.... cause, gees, he hasn't seen some of them for MONTHS!  The other night we sat around at his mom's and were able to view all the "out takes" from the new internet commercial they are filming.  Rather reminded me of his grandfather showing old home movies.  I mean, it was good....... but how much of a 60 second commercial for a rubbish removal service can you watch?  Obviously....... he thinks you CAN spend hours doing so.  Slightly more interesting than watching CNN.


Sunday night a tornado ripped up LaCrosse, WI.  I grew up just twenty miles out of the city and remember it well.  I just became aware of the storm (it was part of a cluster of storms tornadoes that ripped up Missouri, Minnesota, Wisconsin sunday night.  My sister still lives in the area.


I have been in a couple of tornadoes, one in 1973 was particularly scary.... I was driving across one of the river bridges merely 100 ft behind the funnel..... watching trees getting plucked from the ground.  In 2000 a near event hit our town.  Tornadoes usually have a width of a mile or so.... that event covered over thirty miles..... the winds went from 10 to 120 mph in less that eight seconds... no funnel, so not actually a tornadoe, but the devastation was tremendous.

lottza stuff ... going on... no time for Snark or Politics

OFF... TO A BEERFEST....got a call for a really really cheap ticket...... it's a beautiful day to drink beer and polka. 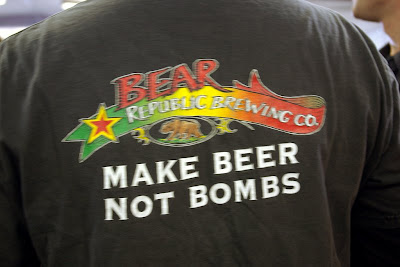