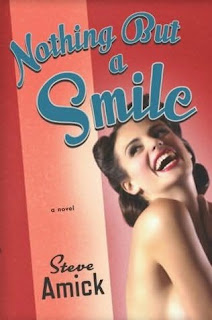 OK.  It's Friday.  Whoopee-Shit!  Gonna make a few phone calls for Russ..... beer at five.  Tomorrow is Ocktoberfest down at the river..... and Sunday gonna watch the Packers.  Maybe eat some Cheese. 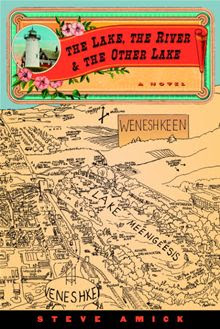 Ron has No Johnson

GOP Senatorial candidate Ron Johnson in a recent TV ad moans of the fact that there are 57 lawyers in Congress and 0 Manufacturers.  Ron is a Plastic manufacturer.  From his own site
http://ronjohnsonforsenate.com/home/2010/09/57-2/#comments
It drew a few comments on his site.

But .... from the Huffington Post, and featured on Keith Olberman..... he does not think it is fair that victims of sexual abuse be allowed to sue for damages.

Last week, I encouraged readers to get to know their Ron Johnson, the GOP insurgent who's lately been up in the polls against veteran Democratic Senator Russ Feingold in the Wisconsin Senate election. Now, here's a new fun fact, courtesy of Zaid Jilani, at ThinkProgress -- in Johnson's "one prominent act of political participation" prior to his Senate run, he testified in front of the state legislature against the Wisconsin Child Victims Act.

The Wisconson Child Victims Act essentially eliminates the statute of limitations for bringing suit againt "any person" for "injury caused by...an adult's sexual contact with anyone under the age of 18." For the purposes of the statute, "person" was defined as "an individual, corporation, business trust, estate, trust, partnership, limited liability company, association, joint venture, or government; governmental subdivision, agency, or instrumentality; public corporation; or any other legal or commercial entity."

Now, me, personally, I have no problem with easing the burden on children victimized by "an individual, corporation, business trust, estate, trust, partnership, limited liability company, association, joint venture, or government; governmental subdivision, agency, or instrumentality; public corporation; or any other legal or commercial entity."

In his testimony before the Wisconsin legislature, he said it was "extremely important to consider the economic havoc...and the other victims" that the new law would "likely create" -- ridiculously comparing child abuse victims to the economic damages faced by employers being sued. Johnson warned that the Child Victims Act would lead to businesses or other organizations that work with children to be "damaged or destroyed" by civil suits and that it would "send a chilling signal" to civic-minded organizations like the Boy Scouts to not work with children in the future. He then opined that if the bill were passed, "I have no doubt trial lawyers would benefit, I'm not so sure that the actual victims would."

Fuck you Ron Johnson.
*hastily put together.  I am too pissed to do better.
Posted by okjimm at 10:54 AM 7 comments: 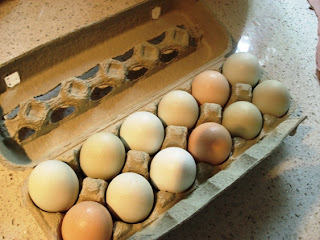 I have to go shopping.  Very much out of beer and other exciting household items..... and I have and old Neil Young song  in my head.... sing it with me....

Well, I dreamed I saw the knights
In armor coming,
Saying something about a queen.
There were peasants singing and
Drummers drumming
And the archer split the tree.
There was a fanfare blowing
To the sun
etc etc etc etc
Posted by okjimm at 11:41 AM 8 comments:

What I saw on a Saturday, clearly

This Saturday past I found my feet taking me to the Leach Amphitheater on the Fox River for the annual Community Dragon Boat races.  There was a more than brisk chill in the air, but my daughter called and asked to meet her there.

Basically it is a charity event where you get a sponsorship to fit twenty people in a silly looking boat and race down the river to raise money for community charities.  Business sponsor teams, employees sponsor their own, community groups, University organizations, Breast Cancer survivor groups.  There were 42 boats sponsored, 840 people paddling, plus a good sized crowd of onlookers.

It has become a mini-festival.... bratwurst, music on the stage, funny costumes, coffee, face painting for the kids, Suzuki violins, folk singers, Okinawan Taiko drummers.  Despite the chill there was a good crowd. 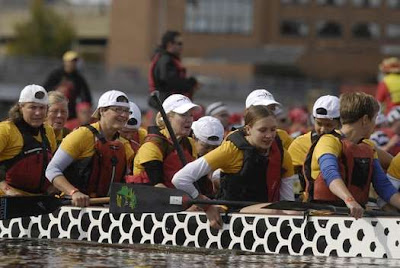 My daughter and I sat along the river wall to watch.  Soon she was pressed into a University  crew that was short a paddler.  Her place next to me was taken by Peyton and his grandmother.
He looked to be about four and of African-American Heritage.  His grandmother seemed more than just a bit older and of Anglo-European decent, if that really matters.

As he looked down into the water I admonished him to be careful, that there were big, mean fish down there that could jump up and bite him on his toes.
He looked at the river, at his grandmother and then at me.
"Huh," he said. His mouth was agape, his eyes grew wide and his grandmother laughed.  "My daddy is racing," he said seriously, "and Grandpa, too!"
"And your uncle," his grandmother said.
"Uncle too!!!" Peyton said.  The day grew a bit warmer.
After a bit I rose to get a hot chocolate.
"Peyton," I said," it was nice to meet you.  Be careful of your toes. You need them all."
"Huh?", and his grandmother laughed.
"Do you know how many toes you have,Peyton?"
He scrutinized his shoes.  "All of them," he said.  The day got a bit sunnier.
It was a good morning....I am not sure who won the races.... but I am thinking everyone there did. 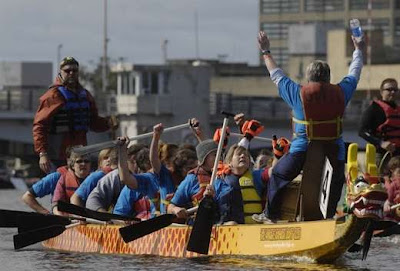 Later in the afternoon, of a curious bent, I went to the shores of Lake Winnebago to watch a Tea Party Rally.  There were roughly the same amount of folks in attendance as there were paddlers from the morning gathering....except these were mostly seated in lawn chairs and carried signs instead of paddles.  There was a pledge of allegiance, several invocations to God, and a badly sung National Anthem.  One of the first speakers spoke of the need to get back to our "Judea-Christian" values, to get rid of the elitist Liberals and Democrats.  One of the next speakers followed up and was even a little more specific about values.....his were "Protestant-Christian" values.... which rather left me out... as long with a bunch of Jews, Catholics, Hindus and Buddhists. 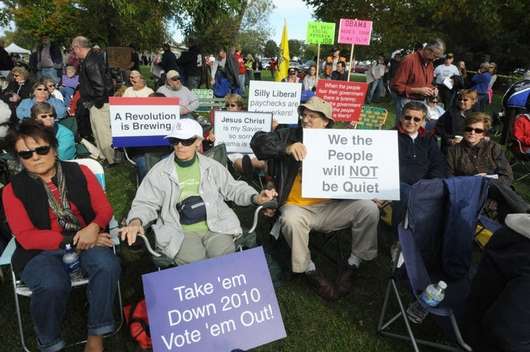 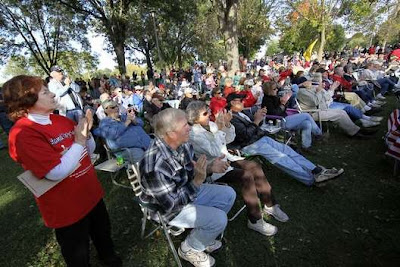 .Well, it went on from there. I guess it was at the point when a later speaker started complaining about immigrants and the teaching of "Multiculturalism" when I started to feel the day getting chillier.  I guess it is hard to row a boat from a lawn chair especially when you only have your oar in on one side.  And these guys were leaving my new buddy Peyton out of everything.  It seemed to be like a Nuremberg Rally with oodles of fear to go along with the Geritol,  Ensure and Depends.  And a bit of Valium.  The tea being served was tepid and I felt a need to have a beer.  I need to get back to my values... where friendship and the quality of your heart is all that matters.

Sometimes it takes a little work to sort out the truly substantial from the inconsequential hubris of life.  A beer can help.

Peyton..... I checked my toes when I got home.  I had all of them, thank you very much.

*photos blatantly borrowed from the Oshkosh Northwestern.
Posted by okjimm at 12:18 PM 3 comments: