I learn how to post videos-send complaints to Randalz, if any 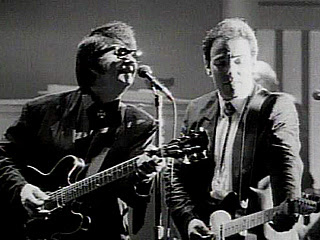 click below (for David) I'm still working on dis

Tomorrow will be a better day, I think

ok.  The world just got stranger and smaller.  Beautiful downtown Wisconsington just elected a Teabagger.  Replaced a clear thinking honest politician (not an oxymoron, really) with a small thinking idiot fuck who will not be able to find the Senate bathroom with a google map.  The guy believes Sun spots are causing climate change and that small businesses create jobs while still employing Dept of Corrections inmates as almost ten percent of his work force at his factory.  Saves him over 100K in health insurance benefits.  But he doesn't believe in government aid to business.  And he has yet to employ any of those inmates after their sentence is served.  I could go on.... but then I would have to start drinking and even by my standards it's early. 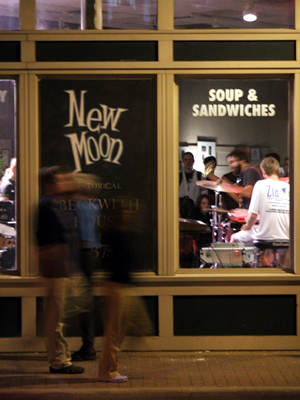 Well I'm not going to rant and rave... yet....there is still time, like the next six fucking years!
But I'm sitting at the New Moon having a coffee and a cheese scone this morning when this Dude in his mid-thirties comes up to me and says, "You're Okjimm....from the Eggroll Emporium."  Now.... I'm thinking the CIA or FBI or EPA or DEA or OSHA or some such as finally caught up with me.  But then I realize that the statute of limitations should have run out long ago on most of those major felonies and I never figured they would send anyone after me for stealing that lady's underwear or the parking tickets. And that shit that happened in Beirut was a long time ago, under a different alias and Brown Bob was the only one that knew of guns and he's dead.

Well.... it turns out that there are more than four folks in this burg of 62,000 that read this stuff.  Frankly, I was shocked. And then I was even more shocked when he introduces himself as one of our city councilmen.  And THEN... I realized I voted for him and boy&howdy....it sure took him a long time to come around and thank me for the vote&stuff!  But connection was beer.  See... he's read Lee at Oshkosh beer and had moseyed over here from there and recognized me from that photo I put in the story about Oblio's. ( I really must be more careful about posting photos or an arrest MAY be imminent) And he recognized Al in the window.....now I knew Al was a real SOB...member of Society of Oshkosh Brewers, But I never new  he was also one of our County Board Members.

I just thought he was a guy who knows good beer and whose wife makes a fantastic mango salsa and beer rye bread.
So I spent a few moments talking with Bob who is almost as upset as I am over Feingold's loss in the Senate elelction and he gives me his take on a couple of people who are running for the School Board, including a nut-job homophobe. It was a short talk, but a nice one.  Homophobes are fun to talk about and it really has a nice sound, homophobe, kinda like microbe or isotope or big dope.  Anyways... it was nice.  Nice to know that there are some folks, outside of my sincerely beloved circle of bloggy-buds who read my drivel. Maybe.
..........it's been a glum few days.  I can't believe we are such a nation of idiots.... and I DO NOT mean because Republicans won more legislative races than Democrats.... but it was the way the election was run and they type of candidates that won.  Fear Mongers. Racists. Bigots. Know Nothings.  I guess I was naive enough to think tha America was beyond all that bullshit.  But we are not.  Most voted as if they were casting a vote for a Fox Stupid Reality show....."Dancing with The American Idol".  It broke my heart.  And then I realized that WE are still here.  Folks of a like nature.  Kind, interesting and (except for me) mostly intelligent.  We may find each other in cafes, or bars, or blogs....but we seem to search for each other.  The Media has let us down.  The TV stations, the Newspapers, The Magazines.....but in that failure it becomes clear that there must be an alternative way to connect, to communicate, to embrace new and wonderful tomorrows.  The future is us.  We just don't know it yet.
Posted by okjimm at 10:58 AM 11 comments: 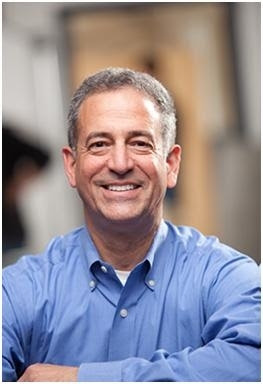 Proud to have voted for the only Smart, Educated, Rational, Honest short-twice-divorced-Jewish guy in the Senate!  iffen I was gay..... I would marry him!!
Posted by okjimm at 12:45 PM 8 comments: 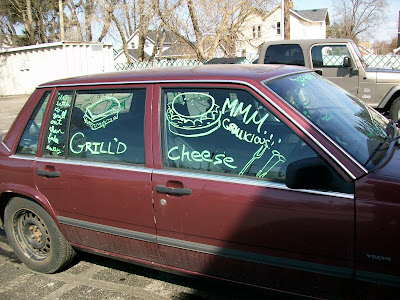