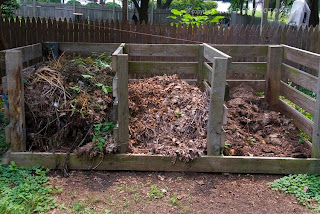 OK... see I really like compost.  No shit! Truly. Well, to be honest, in the old days... it did have shit... used to run the old truck out to a farm and scarf up a couple of washtubs of good old horse shit from a buddy who had a couple of them there creatures.  Oh, it would really make the pile cook up!  Best recycling ever!

The bin on the left is pretty much what the old bin  looked like, only not so spiffy cause I made it out of old doors I had found, and old screening... I mean..if you are gonna recycle shit... well gees, don't be buying new stuff just to throw shit in it.  Makes sense, right!  And everything from the kitchen went in it... bad lettuce, coffee grounds, tea bags, veggie peelings, eggshells, left over bits of malt-o-meal...all the fall leaves were bagged for next year.. all the dead veggie plants from the garden, hedge trimmings.... everything went in there.  blessed were the moments I would go out back there and turn the heap.  Boy, nothing like the smell of rotting shit&stuff.  Yessirree, Bob, Iffen when I die I could be shredded and  composted, why gosh I would think that would be a good deal...

But anyways,,,, there is a story here..and here it is.

When the Ex moved out of her apartment and bought a house... I went over and the first thing we did is build a bin.  And now it is getting run down, cause I built it with throw away scraps and stuff....see we were talking about it and I said I would... mostly because in the course of the divorce I gotz all the WEAPONS of MASS CONSTRUCTION...love me them saws and hammers and golly I don't know how I could get along without my chain saw... why gees, I can carve pumpkins wit dat thing.  Well, ok, see, what happened, what the story is, is that about ten years ago Wonder Girl calls me at the bar, cause Mom had found a opossum in the bin and was freaking out.  The Ex had Bill-the-Neighbor over and he was poking it with a stick and then Bertie from across the street came over to see what the fuss was, and then Jack &Karen were there and so was the Wara boy, the one with the runny nose...andMiriam said that her Mom was going to call animal control, or golly, "Dad, can you come over and take care of this?"  Well, by the time  I got there, it was a small convention and the possum looked dead.
So I said to Wonder Girl to go get me a beer.  See, Bill-the-Neighbor was ready to get his ten gauge out and shoot it and Bertie is almost having fits about the possibilities of rabies and fleas and Armageddon and what not because possums sure are ugly &stuff.  I figgered another beer would help me think this through.  Well, it sure enough did!  I chugged that sucker down... asked everyone to step back, asked the ladies to turn the other way, calculated the distance between me and the critter and well golly beer is only rented, so I unzipped and let that possum have a little extra rent.

You know what?  With a little extra room and a dose of left-over Leinenkugels that ugly sucker just woke up and took off.  Course, the Ex thought I was vulgar, which she already knew and why she would tell me again is a good head scratcher, but it ain't no deal. 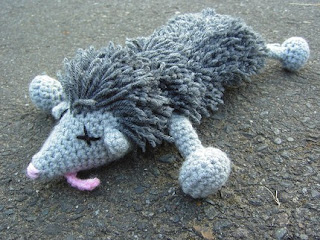 The deal is that the Boys down at Oblio's been giving me a good rubbing lately cause I still get along with the Ex... but the way I figger it... you can compost almost everything, including a marriage and piss on every thing else if you don't believe that, and if that is what it takes, but golly, iffen you do it right, you can still grow things with a goodly composted marriage.... including children... and they are doing just fine, thank you very much. 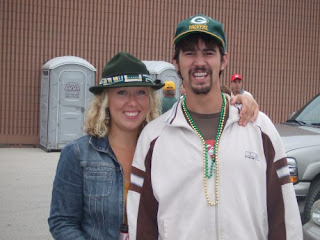 Well, ok... it has been a somewhat-sorta-kinda busy week here in beautiful downtown Wisconsington.

Mostly the weather... but no one wants to hear about the weather..it's bad enough being in it when it is not to your liking.  Talking about the weather always reminds me of when my mother would talk about her second cousin, who I never met, and all the illness that woman had...and, oh, there were plenty!!  I think she was the only woman, that cousin, who managed to have three hysterectomies....a really medical case study.  I think she was also born without a tailbone... whatever.

Anywayz... headed to Madison this coming Saturday for my nephew Eliott's Wedding.  Gees, he has been a couple with Sarah so long it seems like they were married along time ago.  I think they just ran out of excuses to have a party, is what I am thinking.  I still really don't know where the WEDDING is...I mean, where in Madison.

Not that it really matters.  I checked around... looking for a cheap room for Saturday night and did not find one.  And it didn't help that I had no idea where the wedding WAS going to be..other than 'some place just off the Capital Square...so the Ex said that my sister said that most of the family said they were staying at some Ruby Marie Hotel.... and I broke down and booked a room. 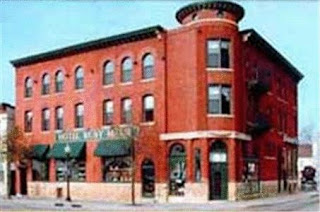 Now it was a little pricy for me.... cause I can be cheap...specially when all I want is a bed and a shower.... but after checking the place out it seems like  a nifty little place built back in 1873 or such and the Happy Hour in the bar is free for guests and so is breakfast.  HA!  They may not break even on my stay!! &&&  after talking with my sister it seems that between Sarah's family and my sister's we have booked all the rooms.... it could be fun. Especially..... with.... my nephews... 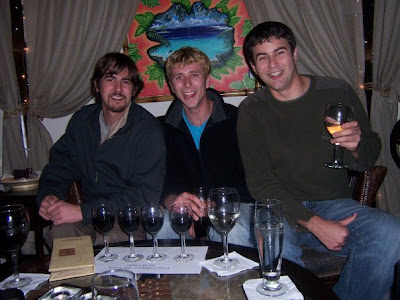 .... and it should be a good party....Elliott and his brothers are a gas.... Adam has been in Asia for the last few months...just quit his job in Sand Diego and split with his girlfriend/fiancee... I guess they saved up some money, whatever... he always tells good stories.  Middle Bro, Jonas... is an out and out gas.... He was late for his teaching job one morning...so he got a speeding ticket...which really made him late.... so he gets a second ticket ... fifteen minutes later... for speeding in a school zone...the one in front of where he teaches.  Elliott worked his way through college as a sous chef.... I know he will have some good stuff ... he made the dinner menu.

I am really looking forward to this... it just got to be a reflective moment.... I was a good kid... the cousins are all good kids.... not a Republican in the bunch!  Max will not make it, the only cousin absent... but he can't fly home from Portland twice in a month... and Christmas is already set....
...... kinda wish Grandma was still around...... she sure liked the kids.  See, you can only complain about the weather... you can't change it..... and you can't change your family either.... so you may as well love them....


well, OK... it;s a Herbie kinda day, ha.... and it ani't even close to over.  Good old Oliver-Dog got away from me.  Or to be honest, he just decided to take his walk without me or the leash. Nope, I could see him thinking, see, as he looked back at me, "I knows the way, Jimm, just be seeing you in a bit." And off he went . Hit the corner at Sterling and Powers and just started trucking down Powers headed south with me yelling behind him.  Course, he can do two blocks to my one and I am getting pissed, and, gosh I barely covered that block when he comes running back  north up THE MIDDLE OF THE STREET chasing a guy on a bicycle. Now I have no ideas about what he would do iffen he would catch that bike and it ain't no never mind, cause now I am a block behind him heading the other way... and getting a little chilly in my thinking.  Well, someone at Melvin and Powers said he stopped at the fire hydrant for a quickie leakie and  and was headed east.  So I am trucking east on Baldwin hollering out his name when a door pops open.... "Oliver? Is he short, black&white?"  Well, some lady opened the door to get her newspaper and he just sauntered in and sat on their couch.  Dogs can be assholes.

No soup for you, Dog.

But nothing is nothing that can't be fixed with a little Herbie on the stereo and maybe a little herbie in the pipe.  finished off with a little cookies and milk.  No cookies for you, either, goddam dog.
Posted by okjimm at 12:22 PM 13 comments: