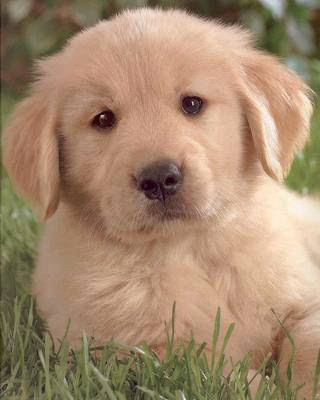 OK. So the dude I ride to work with has his dog with him this morning. It's a big puppy. Some kind of yellow-brown hunting dog type canine sorta animal. Beats me, but I know it is drooling on my shoulder at 6:30 am. I am not ready for any kind of drool at 6:30am.
He's taking it to the Vet to get it's Nuts CUT OFF. I needed to know that as much as I needed to get drooled on.
" Ok, dog, lick 'em while ya got 'em"!
"Why didn't you get a Vet in Oshkosh? You needed to get a Vet in Appleton?" I think it is a fair question.
"He was recommended to me."
" Whoa, good thing you weren't recommended a dogg-doc in Milwaukee!"
So for the next twenty-five minutes I get an explanation on why it is good to cut the balls off your dog. I think the dog drool is more informative, but deep in my soul I get the feeling that the information may be useful in the future....... I could use it to pick-up women! 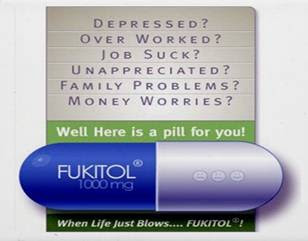 "Gees, Honey, you sure are cute.... lemmee buy you a drink. Say, do you know why they cut the testicles off of dogs?" I need drugs!

So John McCain is gonna skip the debates friday to rush to Congress and fix the financial crisis.... even though there is NO special session planned, the son-of-a-bitch has done nothing in regards to drafting the bail-out, seems awfully willingto seem involved in whatever happens that others might be doing to help, but really doesn't have a clue or have a plan himself. In a statement, he parrots what Obama already has said....
Speaking for himself, Senator Obama outlined the following principles that he calls on Senator McCain to support [8:29 p.m. Wednesday]:
I believe that several core principles should guide this legislation.
First, there must be oversight. We should not hand over a blank check to the discretion of one man. We support an independent, bipartisan board to ensure accountability and complete transparency.
Second, we need to protect taxpayers. There should be a path for taxpayers to recover their money, and to turn a profit if Wall Street prospers.
Third, no Wall Street executive should profit from taxpayer dollars. This plan cannot be a welfare program for CEOs whose greed and irresponsibility has contributed to this crisis.
Fourth, we must help families who are struggling to stay in their homes. We cannot bail out Wall Street without helping millions of families facing foreclosure on Main Street.
Fifth, we both agree that this financial rescue package should move on its own without any earmarks or other measures. We have different views about the need for other action, but this must be a clean bill. This is a time to rise above politics for the good of the country. We cannot risk an economic catastrophe. This is not a Democratic problem or a Republican problem – this is an American problem. Now, we must find an American solution.
McCain CGI Speech, 8:45 a.m. Thursday:
First, there must be greater accountability included in the bill. I have suggested a bipartisan board to provide oversight for the rescue. We will not solve a problem caused by poor oversight with a plan that has no oversight. Never before in the history of our nation has so much power and money been concentrated in the hands of one person, and there must be protections and oversight in place.
Second, as a part of that oversight, there must be a path for taxpayers to recover the money that is put into this fund. When we're talking about 700 billion taxpayer dollars, that money cannot simply go into a black hole of bad debt with no means of recovering any of the funds.
Third, there must be complete transparency in the review of this legislation and in the implementation of any legislation. This cannot be thrown together behind closed doors. The American people have the right to know which businesses will be helped, what that selection will be based on and how much that help will cost. All the details should all be made available online and elsewhere for open public scrutiny.
Fourth, it is completely unacceptable for any kind of earmarks to be included in this bill. It would be outrageous for legislators and lobbyists to pack this rescue plan with even more taxpayer money for favored companies. And frankly, members of Congress who would attempt such a thing are scarcely better than the most reckless operators on Wall Street.
Fifth and finally, no Wall Street executives should profit from taxpayer dollars. Let me put it this way: I would rather build a bridge to nowhere -- and put it square in the middle of Sedona, Arizona -- than take money from teachers and farmers and small business owners to line the pockets of the Wall Street crowd that got us here in the first place. And I can assure you: if I have anything to say about the matter, it's not going to happen.
"Gees, America, you sure are cute......lemmee buy you a drink..... say, do you know why they cut the nuts off of dogs?"
Lick 'em while you got 'em, America. 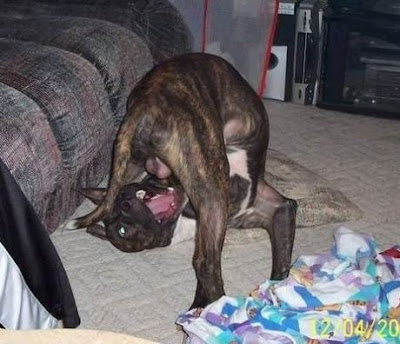 Only you can tie in cutting balls off dogs to politics. You're a gem, kiddo.

Oh, and using the dog testicles as a subject during dinner...no. Before sex...no. After sex...maybe. BUT NEVER AFTER AN ARGUMENT WITH YOUR GIRLFRIEND! You might give her a very bad idea. Of course, that might make horseback riding a little more comfortable for you.

Now, if I can only wipe that pic of the dog on the bottom of your post out of my head today.

Sweet beelzebub, I don't know whether to laugh or to cry.

My legs automatically crossed, and now I can't un-cross them.

Um, this all defies whatever it defies.

It wasn't ten minutes after the deal non-deal announcement was made that Tucker Bounds, McCain's guy, was on MSNBC claiming credit for McCain for influencing the outcome.

You doubt the Magical Healing Powers of Heroism? For five years John McCain couldn't influence the outcome of anything.

Our hero McCain has solved the crisis! It makes me feel all warm and fuzzy inside Knowing that McCain and the moose killer might soon be in charge of our country and knowing that they'll appoint justices to the Supreme Court. It will be as much fun as being licked by someone else's dog.

With McCain chickening out on tonight's debate I'd say it's him that's missing his balls.

I've been taking Fukitol for years. And I bet Okjimm and Randal could use it as well. You sports guys get really cranky when politics interrupts your beer swilling sports nights. Fear not. There will be many opportunities for drinking games this evening. "My friends" for starters. Buck up guys take your fukitol and pop the top on your brewski. It'll be fun.

gee jimm, that's a good point about McPain being a plagiarist too.