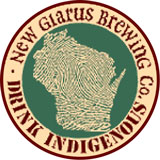 Now I am pissed off.... the Wisconsin Legislature... has done it again.  This time they are attacking.... get this (in Wisxonsin, no less)  BEER!  or more correctly, small brewers and breweries.  Ok, it gets complicated, but here is the nub, and I will also post a link.  There has been a 'Turf War' between Anheuser Busch and Miller Coors for beer distribution in Wisconsin... Miller-Coors was a big campaign contributor for Scott Walker.... Now there is proposed legislation that would significantly cripple the growing micro-brewing industry in Wisconsin.  You can read more HERE.

THE REAL DEAL..... is that it would in essence hinder the growth of independent business... Wisconsin small Breweries.  Now it is just plain and simple a matter of a large mega-company trying to stifle any ANY competition.

I know I have waxed eloquent on this page of my love for  beer.  The truth is, about twenty years ago I had pretty much given up on drinking beer.... not that I had a problem...but more so... it just didn't taste good anymore. 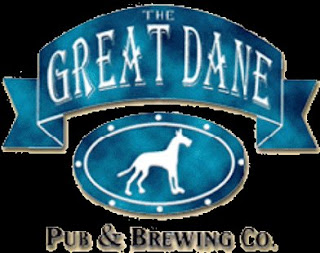 Now, craft beer, as it were, really has a small market share...but it was growing.  Brewpubs sprang up... often with attached restaurants... and it gave us  CHOICES!  well corporate greed knows no bounds.  At first the big three would buy up small breweries... or make partnership deals... Red Hook in Seattle, Goose Island in Illinois, Leinenkugels in Wisconsin.... to channel profits that had been siphoned away..... but that wasn't enough to satisfy the greed.  Nope.  Know the new 'rules' will not eliminate small breweries... but it sure will make it difficult to sell your brand.  It further inhibits current distributors from bringing in small brands from other states... Stone Brewing company and Dogfish Head are already gone from store shelves.

OK... I am just ranting.... but the real deal is..... this is just another measure to stifle... independence, entrepreneurship, innovation, and ...... jobs.  The current legislature does not have the individual in mind.....  they never have. Never will.  It is NOT about balancing a budget... never was.
Posted by okjimm at 11:04 AM

Here’s an even more disgusting part of the story: “Only two members of the Joint Finance Committee, Dem Sen. Bob Jauch and –– wait for it –– Republican Sen. Glenn Grothman, voted against it. The other three Dems and 11 Republicans voted in favor.” The Dems are just as scummy as the Repubs on this one. WTF?!?!

Hard to believe they'll get away with this if it's well publicized.

I doubt they'd dare try such a thing here in Oregon.

Infidel... that is the problem... there was NO debate or even info forwarded before the vote!!! Wixconsin is starting to operate in secret...
tfrom the Ashland Current
" According to the Wisconsin Positive Business Alliance, legislative restrictions on craft brewing across Wisconsin could result in small breweries losing their wholesale and retail licenses, not being able to distribute their own products, and not being able to have ownership in two or more restaurants.

The alliance also says the legislative change could require having 25 independent retail customers before a wholesale license could be granted to a small brewer, could eliminate retail licenses for new start-up wholesalers, could eliminate the ability of a brewery to sell a retail or wholesale operation separately from a brewing operation, and could prevent wholesale investment in private Wisconsin breweries while at the same time allowing for investment in out-of-state, foreign, and publicly-traded breweries."

they attacked unions and teachers.. in the guise of balancing the budget... they disenfranchised voters... under the guise of preventing fraud... they are acting minorities... under the pretense of stopping illegal immigration.... and now.... they will be eliminating businesses and jobs.... with no purpose other to to pay back SAB MILLER-Coors....

... and... from comments on aforementioned blog...
"Here's something else that is brewing:

The Joint Finance Committee voted huge cuts along party lines on May 3 of 2011 to the Focus on Energy program.

Energy efficiency measures, provided through Wisconsin’s Focus on Energy program, provide financial support to consumers and allow us to stay warm while still cutting our energy use and energy bills.

The program serves to educate the public about the importance of energy efficient systems including energy conservation and renewable energy sources. Additionally, it provides resources necessary to help individuals make responsible energy choices.

The program encourages business growth in the renewable sector, making energy efficient systems more accessible to the consumer. Overall, cutting funding for this program hurts Wisconsin businesses and limits the range of options that consumers have when it come to energy efficiency.

Please, when you go yell at your legislators about craft beer, remember to bring up that it would be absolutely backwards to cut the Focus on Energy program."

Craft beer is enjoying a renaissance in the U.S., and microbreweries should be encouraged, NOT discouraged with said policies.

Ahab... spot on... Infidel is in Oregon...a State that Pioneered Micro brewing... Michgan, Colorado, Washington All have a great rebirth in brewing...Wisconsin has come miles. The best part is that most brew with (as much as possible, local grain, thus supporting local economies. And offer a product that is pure and simple...

this is just pure bullshit... None of what has happened in the State of Wisco has been for it's citizenry. I guess things got really messing at the Finance committee meeting last night in Madison... there were bunches of other stuff CUT as well as MORE tax incentives and breaks for corporations. AND THEY TRY TO DO IT ALL LATE AFTERNOON OR EVENINGS... HOPING NO ONE IS PAYING ATTENTION.... WELL TEACHERS, FIREMEN UNIONISTS AND HIPPIE COMMIE SOCIALISTS PEACENIKS LIKE ME ALL DRINK BEER!! They have uncorked a shit storm... uncapped a pissed public, explored a keg, .... there is no more getting this back in the barrel. They should all be caned~!

Your story is mine. Some guv you've got, consigning us all to drinking Clydesdale piss. The microbrew revolution (begun and perfected here in Beervana, Oregon) is the single greatest contribution to the good life since I was born. Probably.

jimm, i think you should organize a beer-in to protest what wanker walker and the legislature have done.

What's wrong with Busch Light? Something has to be done with all that recycled sewage.

Murr... this is blatantly selling out to mega corporations.... Wisconsin, before prohibition, had a brewery in almost every small community...by 1860 there were almost 40 in Milwaukee alone. Lotta Germans and Polish.. need beer. Now they want to shut down a growing LOCAL industry and channel profits to corps.. i am pissed off!

Nonnie... the first "Happy Hour" protest march on the State Capital was yesterday! :)

Randal... I tried to boil some bratwurst in Busch light... the sausages jumped out

Isn't there some way a bill could be sneaked through getting rid of corporations altogether? Goodness knows, they sneak enough of their own stuff through.

This is Revolution dammit!

OK... I am just ranting.... but the real deal is..... this is just another measure to stifle... independence, entrepreneurship, innovation...

Just a taste of where the big corporation will eventually take us.