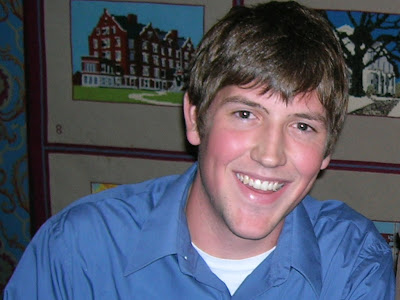 It was a warm day yesterday. Very close to 90. Bubba picked a great day to move into his new apartment. It's on the second floor of an old Victorian house that has been chopped into two units. All the windows were closed when we got there. It was roasting. He's moving into the Student Ghetto. I used to live about a block away from where his house is. The same laundromat/liquor store is still there. The Slosh & Wash. Adam shows up. And their buddy, Mongo. There are certain things college students must do on moving day......and the first two is get beer and get some music going. 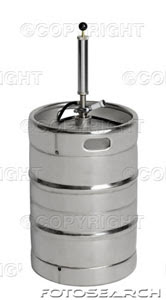 So a few more kids stop by. They are all "RTF" students. Radio, TV, Film majors. A couple of parts 'arty', a couple of parts techno-geek and a large dollop of WE'RE-21-N-GOTZA-ALLA-ANSWERS-'CAUSE-WE-WROTE-ALL-THE-QUESTIONS attitude. I have known most of them for a few years. They are funny, and smart and entertaining. Good kids.

So I am assembling some shelving units, Mongo is running wire all throught the apartment; I have no idea what he is doing or why and I don't ask. I am sure ripping off free cable TV or internet is part of it. Kelly and Hannah are in the bathroom rigging up a shower curtain thingee over an old claw foot bathtub and singing along with Bob on the stereo...
If today was not an endless highway,
If tonight was not a crooked trail,
If tomorrow wasn't such a long time,
Then lonesome would mean nothing to me at all.
They sound nice, singing along, and make my eyes smile to listen. They are the sound of hope when it is young and still has the happy promise of anything is possible. I am glad I brought the dylan over. It was a nice afternoon. I am glad I bought the beer.
Then the fun really started. Now I have seen a thing or two in my life, a lotta interesting things, and occasionaly have gotten into a bit of trouble, small amounts, from time to time, for not staying out of situations that I didn't need to be in, and for opening my big mouth and saying things I shouldn't when the most prudent approach would be just shutting up and drinking my own beer, but what happened next is one of the most strange moments of my life. Bar none.
Bubba and Adam get back with the truck and trailer..... the last load of stuff, a fridge and stove and Adam's bed. We gather to watch him back up the trailer. He is not very good at it. The last time was very funny. Hannah and Kelly and I are on the top floor balcony and they are laughing and yelling comments about Adam's ineptitude. Mongo is down on the first floor porch doing pretty much the same thing. Bub is in back of the trailer trying to give Adam directions. 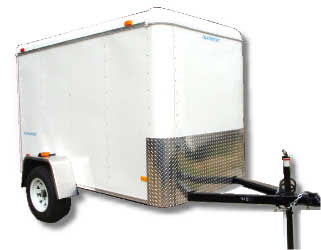 Adam has to pull forward a few times to straighten the trailer and almost jack-knives the thing a couple of times. Now the insults and barbs and laughter is flowing and Adam is giving back as good as he is getting. His forte is funny facial expressions and he is in top form. This is really breaking me up when suddenly he pops the clutch and the trailer jerks backwards just as an orange and white cat bolts from under the lower porch and gets splatched by the rear tire of the trailer. Schmucked. Flattened. Ironed out. Very recently deceased. Dead.

Bubba says, "Oh, Shit!" Kelly and Hannah suck air and gasp, covering their mouths. Adam had his head out the window while backing up and his eyes go open as wide as saucers and his mouth is a gaping hole. We are all just a little stunned.

"Holy Shit &Fuck Me Twice Jesus!", Bub says. I have no idea where he learned to talk like that. He is standing right next to the rear tire and the flattened cat. Now that strikes Kelly as a bit funny, and she starts giggling, which breaks up Hannah, and she starts laughing. It was a hot busy day and I think we were all too stunned. Laughter was a morbid release.

"I was hoping to get a little pussy tonight," Adam says, " but I was hoping it would be a little more lively than that." Now we are all laughing, but we are just tired. No one really likes this. Kelly suggest we check with the new neighbors downstairs and find out if we have just offed their cat. Mongo checks them out. Soon we have Gretchen and Jenny and Sara with us. Nope. Not their cat. The cat has no ID or collar, but at least the guys have met their neighbors. Gretchen suggest we have a funeral. Mongo offers them beer, but they have been making pitchers of margaritas, bring some out, along with some salsa and chips and a cheese plate. I suggest we do the shovel and garbage bag thing. It sounds sensible. The down-stairs girls then suggest a cook-out wake for the cat. This is good college bonding. I figure I will help them bury the cat and split. That is when Ms. Welfare &bad housekeeping from next door comes storming over. Seems like it was her cat. "What have you done to Yoda!", she screams. (C'mon...who names a cat Yoda?) "You've Killed HIM!!" (Boy, no flies on this lady)

Now she has a wild K-Mart Red Light Special look on her face and is extremely shrill and is oozing a fragrance that bespeaks of regular montly showers. She also appears to have brought her own entourage of flies with her, too. Adam relates what happened. He is really, genuinely upset. The girls are all speechless.

And then Mongo makes everything OK by saying, " Lady, if you really liked your fucking cat it would not have been under the wrong goddam fucking porch. I think you should just take your fucking cat and go away and go fuck yourself."

I have seen people throw gasoline onto a fire, but this is the first time I have ever heard anyone do it. Ms. FoodStamps lunges at Mongo and attempted to pull his blond dredlocks out. Bubba restrains her. (really, Mongo, what's a Norwegian kid from northern Wisconsin doing with dredlocks,anyways) What a diplomatic dude. The lady is going ballistics.

Adam feels really bad, now, and is repeatedly saying he was sorry. His eyes show it. He doesn't like this at all. " Lady, it was an accident, I'm really sorry.... the cat just bolted. I didn't mean to hit your cat." He is almost crying and then offers her twenty bucks to help with an adoption of another cat from the shelter.

"That's bullshit, " Mongo the diplomat says. "He doesn't owe you shit!"
(I have to ask Bub where he met Mongo)

"Seventy-five dollars," Ms Trailer park shouts, " and we forget the whole thing. Or else I call the cops!" I really don't like extortion, especially practiced on some college students over an accident.

"Ma'am, " I said. " No one meant for this to happen. The boys are not really responsible and I think an offer to help with another adoption is reasonable."

I wave the kids away and tell her to go ahead, call the police. She does. Twenty minutes later the youngest cop I have ever seen shows up. He is only slightly older that the kids. I think his last assignment was ticketing cars. And at this point, Ms Hamburger Helper raises the ante. She tells the cop that it was a pure-bred cat and that it is worth $200!

Well I explain the situation to Dudley DoRight and mentioned that Adam offered her twenty, that the cat has no collar, no license and that the boys are not liable. I even offer another ten to help with vet shots if she wants to get another cat.

I have had it. " Forget about it! It probably isn't even your cat!! Not a dime!" I am a little pissed off, now.

The Peach-Fuzz Fuzz doesn't know what to do. His face is red, his shirt is sweaty. There is now about a crowd of twenty or so watching this. He is getting really flustered. Out of his element. Mongo is laughing, Kelly is starting to cry.

So the cop gives me and the old Lady both tickets!

Arguing about the price of Pussy in the Street. 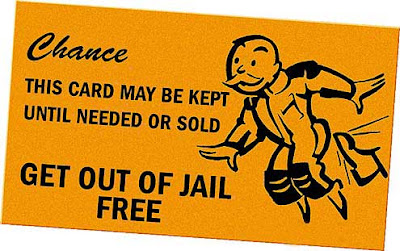 Yikes! What a story...moving, crazy trailer parking, dead cat, crazy lady, sweaty cop...and you get screwed. Sheesh, and my weekend was so boring. Thanks.

What was the ticket for, anyway? Just curious.

I almost didn't recognize the keg. I need to drink more.

well that got a chuckle out of me, thanks. :)

Oh, my god. Too funny. Good luck to them on their new digs - you need to bring them a broom, a bit of salt and some sugar.

Good luck to them on their new digs - you need to bring them a broom, a bit of salt and some sugar.

Diva, this is why I love you so much, that was precious!

Best of luck to those guys, and I hope you can get out of that stupid ticket! Sheesh, that's just crazy! (But I did get a kick out of the craz lady calling you a hippy. I about lost it when I read that.)

That was great. You're well worth waiting for, you crazy hippie :-)

Yes, never, ever carry old salt into a new house.. and remember the upsidedown horseshoe for over the door. Please remove from horse first.

ha ha ha...so how much was the ticket for? It would nice to know what the going rate is for arguing over.... felines.

oh, gees....it was another of my father's jokes.....I told it to the kids..they thought it was pretty good.

I have developed, though, a small reputation among the RTF students. It really is rather fun.
And they are fun. Mongo's blond dredlocks are funny.... and he is a work of art, too!

Christ, I was howling:

is oozing a fragrance that bespeaks of regular montly showers. She also appears to have brought her own entourage of flies with her, too.

OkJimm, I heart you dude..now I am going to pack a bowl, in your honor. ;p

Fabulous! I can see why you got an ROFL Award for this. So many wonderful jokes just strewn around here and there.