ok... it was the week that was... mostly gloomy, mostly raining. or mostly threatening to be gloomy and raining.

Weather finally broke yesterday and was nice enough to get out for a good bike ride.

The strawberries are coming in pretty good now at the Farmeer's market after a cool, wet spring. Scarfed down a bunch of them as well as a buffalo burger.  Went to Lee's and watched him brew beer. Fun, fun,fun.

Then I stopped and chatted with my buddy Joe.  He is retiring this thursday after 30 years with the University of Wisconsin-Oshkosh in the academic support/tests and evaluation dept.  Planning a small little gathering down at the bar for him thursday night.  Retiring... sounds funny, for a guy like Joe... cause the last thing he is, is shy and retiring. 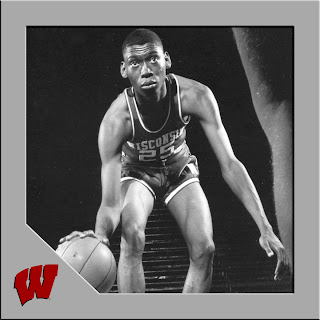 Inducted into the UW Athletic Hall of Fame in 1997, Joe Franklin was a first-team All-Big Ten choice in 1967-68 ... UW's career rebounding average leader (11.9 per game) and the school's No. 2 rebounder overall ... led team in rebounding in each of his three seasons ... owns 47 career double-doubles, the most in Wisconsin history ... set the UW single-season scoring record with 544 in 1967-68 ... team MVP in 1966-67 and 1967-68 ... team captain in 1967-68 ... his 27 rebounds vs. Purdue (3/2/68) rank second in UW single-game annals ... chosen in fifth round (63rd overall) of 1968 NBA Draft by Milwaukee.
Well, he didn't make the NBA, but he played Pro Basketball in Italy for a few years before coming back to Wisconsin and finishing his Master's.
I am not really sure where I first ran into him... must have been about five or six years ago, it ain't no never mind.  But he is in the crew of 'old' men who meet down at the tavern a few times a week.  I don't think he jumps much anymore.... but he can still shoot.., barbs, quips, insults, witticisms.... and that is what we do.  If Billa Lang is there, too, it gets going pretty good... and it is pretty funny.
He takes off in a week to do his annual golfing trip.... he flies out to Missoula, meets with some other folks, rents a motor home... and they spend three weeks golfing through upper Montana, Alberta and British Columbia.  I once mentioned that he must be the tallest Black Golfer in that part of Canada and he just rolled his eyes and said, "I am the ONLY Black golfer in that part of Canada!..... but it makes it easy to play through!"
So I said I would watch his house and mow his lawn when he was gone.  Ain't no deal.
The deal is.....  and this is what I like about Joe, to be a really interesting person, you do not talk about what you have done.... but what you are going to do.
I hope Montana is ready for him.... cause his bags are packed .. and, like he once said..." Life is just another Fairway I have not been on yet."
Fore. 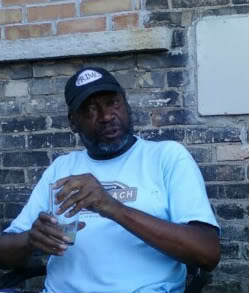 Some of us retire, others of us have retirement thrust upon us.

May Joe enjoy his well-earned retirement.

Nice tribute. I used to play golf and rent motor homes and that's such a beautiful area, so I guess I'm just a little envious. What a good friend he has in you.

i would love to hang out with you for a few days, jimm. i love reading your stories. i'm transported. your narration reminds me so much of the beginning of 'to kill a mockingbird.' i can almost hear kim stanley now. i have to dig out that dvd. i've watched that movie at least 20 times, but not lately.

Lisa... he is a little worried about what he is going to do after the golf season... I suggest5ed neele point

Nonnie... what a nice thing to say....'Kill a Mocking bird' Whoa... I should be so good! But thanks. Hey, if you are into old movies... I just finished "Man who Shot Liberty Valance'.... Jimmy Stewart, John Wayne, Lee Marvin... and a bunch of others... great story too... always loved the line..."This is the West, sir. When the legend becomes fact, print the legend".

I've seen a picture or two taken of Joe a few times around here. He sounds to be an extremely cool character. I think maybe he should run for Governor once golf season is over.

Definitely a dude you could have a beer with.