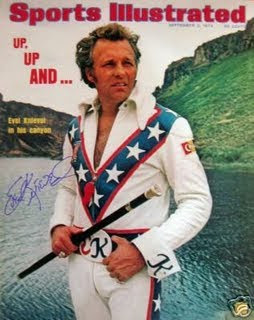 OK. Glenn Bleck has me convinced...... Obama is Evel. Whoops, wrong evil. Never mind. But I have been listening to Amurika and Bleck and Shamitty and O'Really and Bochmint... and gosh.... I think they may be right... Obama is a Communist, Islamic Fascist, Left-Winger, Radical, Acornite, Socialist......gees, the list could go on forever! Hey, and get this.... he is married to a black woman !!!!! Boy, don't that take all, huh !!!! Oh, oh, oh and those Birther Folks are RIGHT..... technically, or so I was told.... cause his mother had a caesarean section delivery... so he was not BORN in America !!! Well, howdy-do on that one, huh! And what's this deal about a Governmint Health Care plan? Gees, don't he know that we are a SICK society and we like it that way? And he still, after weeks and weeks in office has not reversed the Armed Services policy of "No Gay Left In The Closet" or whatever the such they call it! 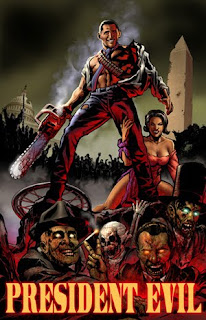 WHOA! I'm sure that BIG Tobacco has got him in their pocket just as sure as that is a pack of Marlboros in HIS pocket! Dang! See.... he's not really a Black Man.... he has just smoked so much that he looks Black. Yuppers! And don't tell me he goes out back of the White House garage to have that smoke, either! Uh-uh. Nope. He Probably goes right into Lincoln's Bedroom and does his evil smoking shit right there!

Now this has gotzta stop! Why look at all the other evil Presidents who smoked.... that Jewish President.... Rosenfeldt..... 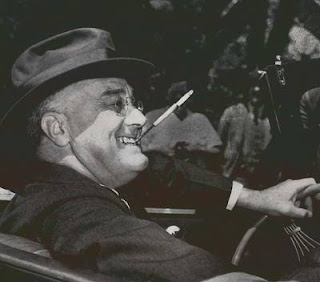 Yuppers.... that evil Jewish President got us into a big War..... Just like Obama did!

And what of that whore-mongering Catholic Prez.... the one that got us involved with that 'Bath of Pigs' Scandal down in Cuba! 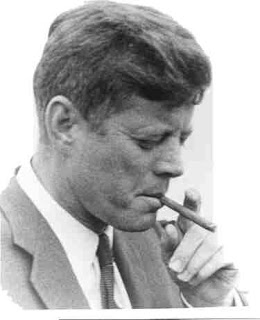 Yessirree Bob! That smoking leads to all sorts of evil stuff and bad, bad things! Why, Jesus Christ! He smoked! And lookee what happened to him! 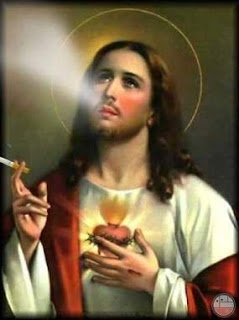 Ya know..... you just can't trust anyone that smokes. Nope, Nope, Nope. 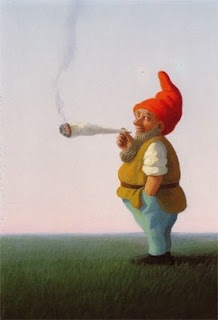