I blog, therefore I am a donut!

Ok. A discussion came up over the weekend... 'Why do you blog, jimm?"
Huh!? For a moment I thought they expected an intelligent answer, then I realized that they really did know who they were talking to and an intelligent, thoughtful answer was the last thing in a response that they expected.
"Cause I like to." I said. "It's your turn to buy a beer."
"That's not much of an answer."
"That wasn't much of a question."
"But who reads your shit, anyways?"
"It doesn't matter. I wrote shit for years on little yellow tablets with a #2 pencil, and no one read that shit, either. I don't care. I like to. 'n' it's still your turn to buy a beer."
And that's the truth. I don't care. Not really. The accrued benefit is what I am all about.
What Benefit! Ha! Take this! and stick it in your MicroSoft!!
A Feather Adrift
anitaxanaxnow
BAD HABIT
Border Explorer
Color Sweet Tooth (click to galleries)
DAD'ART
distributorcap NY
Freida Bee, MD
From the Left
I, Splotchy
Its my Right to be Left of the Center
jintrinsique
Journeys with Jood
Katie Schwartz
Left of Centrist 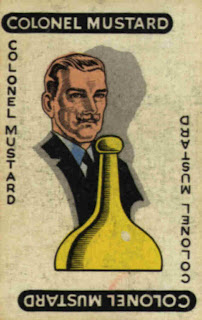 L'ennui mélodieux
Liberality
Love At Home
Mock, Paper, Scissors
Monkey Muck
phantsythat
Pulp Friction
That's Why
The Dean's Office
Utah Savage
When Will I Use This?
Zaius Nation - Some apes are more equal than others

The deal is.... for no money down... without a home computer.... without a clue...for no reason whatsoever&stuff... I can connect to people I like, or think I like, or like the things I like, and likely or not, it seems that a few of them like me. Whoa! go figure that one! But I have no concern about comments, or reads or hits or Technoratzi..... I just like doing this. Done&Done!

... http://gumbopages.com/looka/
and Chuck's Weblog, Looka. It was the first blog I ever visited, about three years or so ago. I just wanted a seafood gumbo recipe and what I found was..." cocktails, food, New Orleans culture and music." I think his description is mild. There is fantastic food porn photos, cocktail photos, the continuing adventures of Chuck&Wes....and lotza good music revenues and information and much, much more! I never comment at Looka.... I don't think Chuck cares one way or another, either. He is just doing what he likes..... and has been doing it for ten years. Now in bloggy years, that is like, wowsers, forever.
So, I don't care who reads me.... but my Pick of the Day is Chuck at Gumbo Pages.
Posted by okjimm at 9:26 AM

Thanks for blogging! I appreciate it so just tell them you are doing it for me if doing it for yourself isn't satisfying enough.

I too am happy that you blog.
I love reading "your shit". ;)

Hmmmm... too bad I didn't meet you 20 years ago! A man that loves donuts and peanut butter is right up my alley. (so to speak :O )

I love reading your shit! lol...I'm glad your back at it on a more regular schedule!

So do dogs, squirrels, mosquitoes, whores, rent boys and my bowels.

Life is wired to communicate with other life. So we blog.

Libs...yuppers...I like doing this!
'n thanks for stopping by!
"A Librarian a Day keeps the Lunacy away!"

Break me up,Christopher! //Life is wired..// So am I! The Doc said I should cut back on caffeine!
:)

Do we get free donuts out of this?

I'm glad you do too. I feel much the same but you have a much better way with being funny. That counts for a lot.

I'm glad you blog and I've always written shit. It's nice to have friends who read it now and I love reading everyone else's, too!