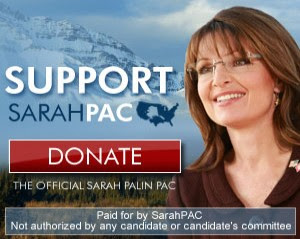 Sarah Palin. SarahPac. Not authorized by any candidate or Candidates committee.
Boy, what a deal! "GIVE ME MONEY"

Shit I should have thought of that years ago!!

JimmPac. I need beer. "GIVE ME MONEY"
Ok. The bitch quit. So why won't she just go away?
Out of curiosty I went to her official web page,
http://gov.state.ak.us/
and I gotz to the opening line "Hi Alaska, I appreciate speaking directly to you, the people I serve, as your Governor." 'Hi Alaska' ????? Damn, I can be witty like that, too! "Good Day, Wisconsin." See, it's really easy. Anyone can be witty like that! "Hello Ohio!" or
"How ya doing, Indiana" or maybe "What's up, Wyoming."
And there was her long rambling I quit thingee. I would call it a speech, but coherent speaking is not a Sarah strong suit.
"Absolutely not. I think that, if I were to give up and wave a white flag of surrender against some of the political shots that we've taken, that ... that would ... bring this whole ... I'm not doing this for naught."
--Sarah Palin, asked about her plans for 2012 and whether she would disappear from the national political scene if she loses, ABC News interview, Oct. 29, 2008.
So she quits, and then starts begging for money on the net. "Not authorized by any candidate or candidate's commitee". Now what the fuck is up with that?? 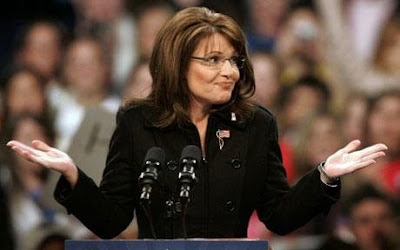 I think Sarah has her own brand of 'Don't Ask-Don't Tell'. She don't want no questions, cause she's a got no answers.

"I may not answer the questions that either the moderator or you want to hear, but I'm going to talk straight to the American people and let them know my track record also."--Sarah Palin, on not answering the questions in the vice presidential debate, St. Louis, Missouri, Oct. 2, 2008

I still think it is really ballsy asking for money. But it could be worse. I mean, Billy Mays is dead and she is looking for new employment and we could have been subjected to a ton of infomercials from the PalinPrincess. 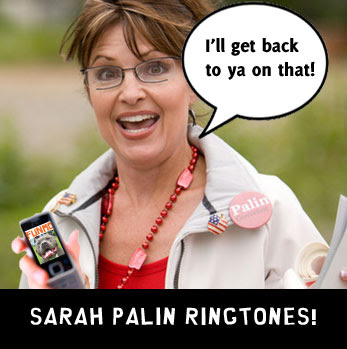 I really like the way she quoted MacArthur, too.

“We are not retreating. We are advancing in another direction.”

But back to her speechifying on her web page when she waxs eloquent on her achievements in office; "We cleaned up previously accepted unethical actions.." Boy &Howdy.... she sure knows what those are, huh! Here's another MacArthur quote for the Barracuda Bitch,

“You are remembered for the rules you break.”

"We took government out of the dairy business and put it back into the private-sector- where it should be."Absolutely. Government belongs in the private sector, not with a bunch of fucking cows. Cows make up really silly laws and make really really big messes in convention halls. 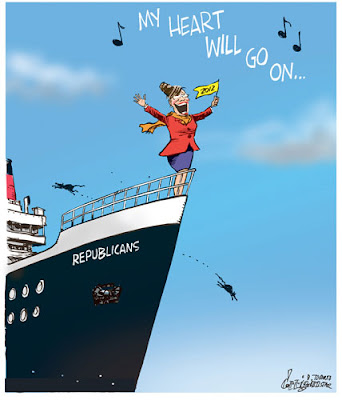 The bottom line is that Sarah Palin is an idiot. A loser. A no talent, no brain, bimbo. An opportunist. Possibly an unethical moron.

She is no leader. Sheesh, she could not lead a sober Pollock to free beer.

And no matter what she say's SHE IS A QUITTER.

Here's a couple of MacArthur quotes for her.

I hope she remembers the last one. Just in case she quits being a quitter and tries to get a new career as a tattoo model. 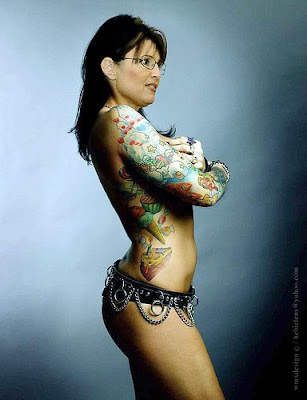 "I'm like, OK, God, if there is an open door for me somewhere, this is what I always pray, I'm like, don't let me miss the open door. Show me where the open door is." 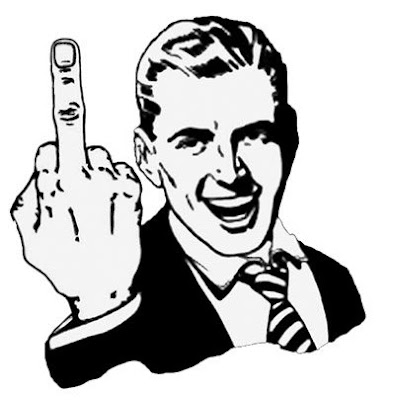 The Bottom line? Fuck you, Sarah.

In other news, Michael Jackson is still Dead.

You really got yo panties in a wad over this douchebaggery eh?

I wanted to like her when she first appeared on the scene. Really, I did. On the surface it all looked good. Once she started talking though ... uggh.

I'm glad Michael Jackson is still dead. His Dad would be good and pissed if he suddenly came back to life. The guys making old Joe more money in death that he has in the last 20 years of his life!
Plus I really don't want any Thriller-esque Micheal wandering around unchecked.
Thank you very much!

Given that the economy sucks, I don't have any money to give to JimmyPAC, but I can send some Palin pics I stole from The Google!

Ha! I read this twice trying to figure out exactly what you were trying to say about Palin because you seem to come down on both sides of the fence.

The bottom line is that Sarah Palin is an idiot. A loser. A no talent, no brain, bimbo.

But Jimmy... she does such a great job playing the hot, pole dancing, MILFy politician. I don't want her to go away. I need my 10 minutes of mindless, PG-rated, fantasy. After all, I'm a white middle-class, middle-aged American male. I fit her demographic.