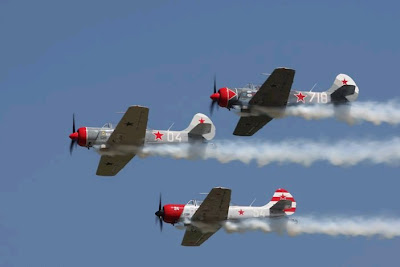 Politics are not good for me. I think most politicians should be ground up and used to fill pot holes in bike trails. Yuppers.
So I scooted on the good ol wimpy hybrid bicycle out to the airport.... it's only five miles, and watched part of the airshow. It's an annual dealie, the Experimental Aircraft Association has a convention and airshow on the good old southside, with neat airplanes and blimps &stuff.
http://www.airventure.org/
And it is kinda neat. I have been out there so often over the years that it seems rather ordinary.
Anyways...it is five out 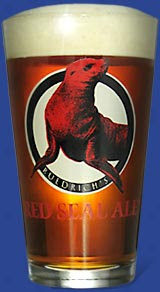 and five back and that is enough to make me thirsty.

And harks my heart back to poetry and love and friendship....... and a second pint. 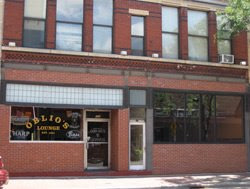 Beer
Joyce Killjoy
I think that I shall never hear
A poem as lovely as a beer
The brew that Oblio's bar has on tap
With golden base and snowy cap
The foamy stuff I drink all day
Until my memory melts away
Poems are made by fools I fear
But only the Worts can make a beer
I'll get pissed off about McCain later.

Oh, it's the Air Show - tons o' people go up to your necka da woods to see the Air Show, ya know.

So you ride a hybrid - when I was doing the 500 mile rides, I started on a hybrid, but eventually got a real road bike - complete with shoes you clicked into the pedals. I'm going to get a new bike, one of those cruisers with fat tires and a basket in front, and a bell to ring at people. I'm done with the long rides.

Much better than politics!

So here's my beer story for today. Because really? The beer stories are pretty rare these days.

I volunteered to pick up pizza at a local place in town. Turns out this place also appears to be the cool hang out for the after work crowd (read: people my age).

While I wait for the pizza, I order a beer and try to sweet talk the bartender into letting me take it "to go."

Wouldn't you know the owner is two barstools away from me. Dang.

So I ask the nice bartender to make me a Monaco with that beer - because I know I can chug the Monaco like kool-aid. Don't want those pizzas to get cold!

Thinking I'm plum insane, the bartender adds some Sprite and a shot of grenadine to my glass of Stella.

And now, there are five barflies in Cartersville, Georgia who think I'm a little nuts, but who expressed surprise that some momlike chick could suck down a whole beer (plus the other stuff)in about two minutes.

I'm betting the Monaco won't be the newest hip drink at Flamingos. Unless, of course, I start stopping there every evening....hmmmm.

I'm a sad case. We only drink beer now when it's very hot. We bought our summer sixpack and it got cold again. Sure hope it warms up before I need the refrigerator space for the turkey.

Yay! My old okjimm is back! I hate seeing you so bummed out.

Beer is great, but like susan, I don't drink that much of it. My husband has a beer every evening when he comes home from work or he'll wait to have it with his dinner. That's when I might take a sip out of it (ok, a gulp), but that's it. I'll drink a beer at the ballpark, but only one.

Wine is another story...I'll have a glass or two of wine with dinner just about every night. Although, if I eat out, I don't drink anything alcoholic.

Beer and airplanes. Good thing you weren't flying any of them.

I don't have any beer stories since I don't drink the stuff.

I drink wine because I am a liberal snob who looks down her nose at the likes of you beer drinkers ;)

but dude I got a joke just for you at myplace

I'm buying beer for everyone....'cept Randal....he can have Ripple....Liberally gets real wine, cause she's a Librarian and cute..... and your not, Bud...sorry, someone hadda tell ya!!

Diva...shoes you clicked into the pedals. Nope. Had nasty crash when I couldn't get shoes out quick enough. And road bikes suck on gravel and grass.

The air show in Oshkosh? My aunt lived down the street from the air port (Ohio St). But we never managed to go when the cool planes were there. I always wanted to see the B17's fly.

If I must drink beer, at least it can be a Sam Adams ok? ;p

Mathman....Gees Louise...yes, Oshkosh. It is a shame you didn't make the show....you could have seen most of the show from Ohio St.

I was a cab driver during my college years here..I have many Air Show stories. One night, late and in a very dense fog, I was dropping off a fare, missed a curve and almost ran into the moored Good Year Blimp. I met one of the owners of a B17 and he gave me a tour inside of it. I really know nothing of aviation, but when the elephant is in town, you check it out!

Gees, break me up!! well, if opportunity ever brings you this way....beer is on me.