Ok.  I am not having a good time with things.  I'm sitting here waiting for my sister to call with my Mother's  funeral arrangements.  It will be a small affair. But waiting is a bitch and it leaves the mind free to wander.
The shit that went down in Arizona still bothers me.  It should.  Just like my mother, I will leave this world soon enough, in a appropriate time, but it makes me think of how it will be for my children in a world...... of hurt.  And this world is hurting.  You can smell the fear, the uncertainty, the dread and you see faces looking for a semblance of sanity in blank mirrors.  People are signing up to any movement that will offer them any kind of respite from all the unknown that greets  them with every breathe they take. And they are really not thinking of what they are signing up for.  It made me think back to a book I first read as a freshman in college, Eric Hoffer, "The True Believer".  It still makes sense after almost sixty years.


“All mass movements generate in their adherents a readiness to die and a proclivity for united action; all of them, irrespective of the doctrine they preach and the program they project, breed fanaticism, enthusiasm, fervent hope, hatred and intolerance; all of them are capable of releasing a powerful flow of activity in certain departments of life; all of them demand blind faith and singlehearted allegiance.”

Eric Hoffer
of course, now we can watch as well as read the message


Go ahead... watch this if you want to think...otherwise...go away


It reminds me of why, after all these years, that I am still not much of a 'joiner'.  Oh, I participate.... but I never wanted to be grouped.  I still have a deep sense of appreciation for Randal Graves at  L'ennui Melo-some-fucking-thing
for coining the name to this blog..... I mean.... what's in an Eggroll anyways?  It could be nothing.... or the best of something.  Who knows?  Who cares?  Randal practices the ART of WHATEVER better than anyone I have read on the blogs.  I think he knows it and is proud of it.... and is also rather adamant in not giving a shit about anything as well.


Anyways....I started re-reading Hoffer this morning, mostly cause I was in no mood for Emily Dickinson, though she may come later today, and something else jumped out at me.


“When we lose our individual independence in the incorporateness of a mass movement, we find a new freedom—freedom to hate, bully, lie, torture, murder and betray without shame and remorse.”

Now that makes sense to me.  I don't want a label.... I don't want to join anything....if everyone else is doing it.....I am going the other way. I think what I think, I will vote the way I want to, I will drink plenty of the Tap Beer of Truth, Justice, Kindness........ and maybe have a doughnut or two. 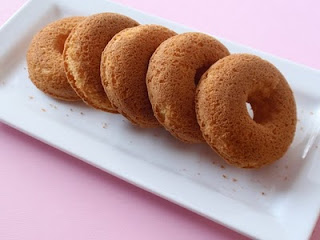 These are troubling times, sisters& Bros.... just remember, there is no half-time in the game of madness

Maybe I think too highly of myself but I don't think I could ever condone killing, torture, or any kind of cruelty of other living beings. I would want to defend myself from violence directed at me sure but that and no more.

Sometimes I don't think we grow up until about 55. I'm with you. I don't want to be part of the crowd. I guess some real thinking is in order. ((((hugs)))

Seriously dude, you post a photo of donuts and you pick those plain, obviously-not-custard ones?

Randal... they are the best!

I'm very sorry about your mother. Loss is so difficult, no matter what your age.

Like Groucho, I'd never join a club that would have me as a member. There's nothing as rewarding as being a bad tempered optimist.

I'm sorry for you loss, and you mom was a hellva woman.

My sincerest condolences on the passing of your mother.

When our parents pass on, it's such a strange experience. In addition to the grief (unless you're mother is Joan Crawford), you really start to feel the sting of your own mortality.

Of course, unless you're George HW Bush and his wife, Babs the Impaler, you're not going to live forever and frankly, it sucks -- big time.

I remember when Jim lost his parents. They died within 18 months of each other. His father from Alzheimer disease and his mother from stomach cancer. I watched Jim age a decade in a year and there was nothing I could do to help him except listen and let him speak.

As someone who writes, I know the act of journal writing can be extremely helpful during these times. Everyone deals with these tragedies differently, so one size doesn't fit all.