My sister called.  Mom took her 'power scooter' from the nursing home to head up to a Fall Festival at the Lutheran School.  One of those deals they put on for Seniors; have the kids sing songs, treats and tea.  I guess the van that normally takes her in her regular wheelchair was full so she said she would take her 'car'.  Well she rode the goddam thing off a sidewalk or something and wiped out.  Lots a bumps bruises.  Nothing seems broken.  But she is now at the Hospital in LaCrosse.
The woman does not know how to stop.  Even at 88 and no longer able to even stand up.  But when you  wipe-out at 88.  It's serious. At the end of August my niece Emily was married at a ceremony out in the country, about five miles from the nursing home.  She made calls, made plans and had someone with a wheel chair van equipped with a power lift to get herself out there.  We had tried making arrangements.......but she wanted to get there in her power chair...."so I can get around at the reception.
She amazes me.  Also drives my sister batty.

There was no way in the world she was going to miss the wedding.  "All my Grandchildren in one place!"  Of course she wouldn't.  My sister thinks we should take the power chair away.  I think we should just buy her better tires or maybe just get her chains on them for the winter.  I'm thinking that she's thinking that "if you have to Go..... you may as well Go on the go. 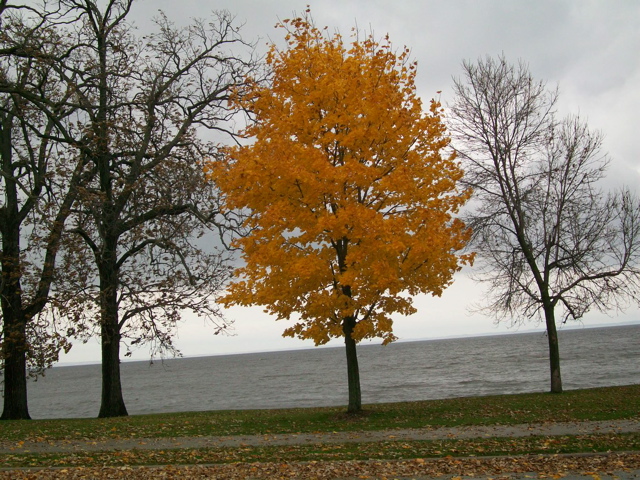 No Spring nor Summer Beauty hath such grace
As I have seen in one Autumnal face.
John Donne
Posted by okjimm at 10:21 AM

My grandmother's power chair was the one thing that kept her happy during her last few years. She never had any accidents but she sure as hell hauled ass to the park near her rest home whenever she sneak away.

She ought to put flames or racing stripes on that thing.

Oh Jimmy God bless her! My prayers are with her and you all. I can't think of a better way to live that as fully as possible. Sounds like she's doing it.

She did a wonderful job raising a terrific son. I hope she's back on track soon.

Thanks all. Latest word is she's OK ... bruised and sore. Packing up and heading over there for a week tomorrow.

Are you in the picture???