Juan is going away, for awhile, and it is breaking my heart.
His family had a big picnic for him yesterday. Lotta family. Lotta refritos, rice, homemade tortillas and chicken mole. Brats and potato salad, too. It is illegal to have a picnic in August without bratwurst and potato salad.

We met the Arguello family seventeen years ago when Juan's older brother, Luis, buddied-up with Bubba in kindergarten. They live in a Habit-for-Humanity house about four blocks from our house. Close enough to put the boys on the same soccer and basketball teams in the youth leagues. You get to know a family rather well when your kids are on the same teams for seventeen years.
My backyard was the spot for the neighborhood kids. Patio under the pines with a big picnic table, an elevated 'fort' that I had built and just enough room to play kick-ball if you only use two bases. Bubba, Logan, Luis, Juan, Ben and Jayna..... and the othe usual group of suspects. I just needed a steady supply of bactine, band-aids and cheap popsicles. Good kids.

Juan, though, was always the stuff. Competitive, intelligent, intense..... and a bit hot-headed. When he played Oshkosh Youth Soccer.... he was one of the best in the city. Would usually score 4-5 goals a game as a striker and finish the game as a defender to insure the shut-out.

When he got to high school he decided to play his favorite sport, football. But he was only 5'6" and was really too short to be a Dback.... same thing at linebacker..... so Juan lifted weights, pulled himself up to 180.... raw muscle..... and became a starting defensive tackle. He was quick, agile and loved to pound ass.... it was always fun watching him beat up players five or six inches taller who outweighed him by 20-30 lbs.

And the kid is friendly.... great smile.... was one of the most popular kids in school. He was the Home Coming King his senior year.

But his grades were not as good as his older sister. He joined the National Guard to get through college. He has earned 50 credits at Chicago-Loyola; last semester hit a straight 4.0.

On Wednesday he ships out to North Carolina, and two months later to Afghanistan.

I guess the Guard has another education for him. He isn't complaining. Neither are his parents. And neither am I........ it just isn't the way things should be. He was only 12 when all this shit started.... he won't be 21 until next year.

This is not the way things should be..... It is breaking my heart. I gave him a key chain with a bottle opener.... when he comes back.... Bubba and Luis, Juan and I will open as many bottles as he wants. 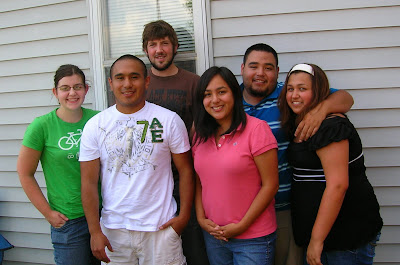 The War Is Over

I'm afraid the war is over
It's over, it's over

So do your duty, boys, and join with pride
Serve your country in her suicide
Find the flags so you can wave goodbye
But just before the end even treason might be worth a try
This country is to young to die 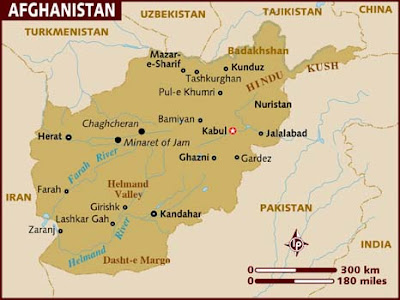 Anyone who can explain to me what the National Guard is doing involved in overseas warfare gets a beer from me.
Beautiful post, btw, okjimm.

Best wishes and thoughts are being sent Juan's way from all over.

Great post. Yours is the second post with Phil Ochs lyrics posted today. It's something in the air. And at Jonestown our National Guard was mentioned. I said, what national guard?--they are all in Iraq or Afghanistan.

And with a hurricane hitting the Keys, and a dam breaking near the Grand Canyon, where is our National Guard? Certainly not dealing with emergencies at home. The Phil Ochs song is heartbreaking - and I feel your sadness. I hope Juan comes home unscathed, and soon. I hope you get to have many cold ones with him.

I read a quote today in our local Newspaper (I don't have the paper, it's at my Mom's place so I'll paraphrase it). It was from a mom of one of two recent fallen soldiers from out town. The mother or father (can't remember) of one of the soldiers said, "Our country is not at war, no one was told to sacrifice, there is no draft, the war is barely mentioned. It's our military soldiers and their families who are at war."

I'll keep Juan in my prayers, I promise.

I am sorry to hear of another young man being offered up to the war and oil gods in the Middle East. That kid is brave and I hope he comes back safe.

Kids should not have to grow up under the spector of war. Not in Iraq, not in Somalia, Croatia, Serbia, Sudan..... or in beautiful downtown Wisconsin.

And Juan....I remember one day when he was about seven... Bub was at their house and I guess the big guys were picking on him, so he left,just walked out, came over to my house and just told me that the guys were being 'mean' so he decided to come over "hang out" with me. He was SEVEN. I never felt so complimented in my life.

I want that kid back.... he should never be leaving.

I'll keep a good thought for Juan. There's got to be a better way....

For a while, between the 50's and the 70's Kabul was an exotic destination for young travelers from the west. The drug laws were lax and you could live both comfortably and cheaply if you were brave enough to travel on a psycho-narcotic spiritual quest. I didn't go.. too young, too female, too blond. Knew of people who never came back.

Now all that has gone. What the Russians didn't destroy we have made every effort to grind further into the dust. Our leaders know nothing.

I'm sorry young Juan is having to go there now rather than having had the opportunity to go there then when there were fountains, libraries, museums and gardens. I too hope he comes home soon with the bottle opener intact.

I'll just second what everyone else said.

Please give Juan my best wishes for a safe and speedy return Stateside. I don't know this kid, but I do because I've seen many a fresh-faced kid like him depart from my neighborhood here in the 'burbs of NYC. They don't belong there. They belong here with Bubba smiling and sharing a brew or two.

this is all so sad

Jimm- I know it is futile to be saying this should not be happening, but it should not. My wish for Juan and everyone else involved is that this war is over now. The fact that you have been there for him all those years will serve him well, I am sure.

Freida.....Thanks. This fucking war really bums me out. And it is our children, our children.... who are dying.

I remember reading about Viet Nam when I was in sixth grade..... and then getting my induction notice when I was nineteen.(4-F...another whole post. Thanks, football and fucked up knees)

UC... it not only sucks....it is beyond criminal. This fucked up AdminisCastration is STEALING our CHILDREN.......and the kids don't even know it!

The best of us is going away.... and we will need them soooooo much.