I think it was last Sunday night that I heard that old hymn ....through the morphine haze and the sounds of the hospital corridor.  I sang it once...wayz back in college when I was in a play called 'The Rimers of Eldritch" by Lanford Wislon.  Hadn't thought of it for years.  The gist of the play was ethical morality, which, thinking back was funny...cause in the middle of the play the leading actor, Chuck, took off with the leading actress, Sarah, and I started a bit of an affair with Chuck's wife, Sharon.  Hadn't thought of it all in years....but through the pain and the drugs and the strange hummmmmmm of the hospital heating system.....I thought of it again....how it became a sad drama within a sad drama.

OK...the short version of what it was, and how I got to that strange hazy time trippy drug induced memory hallucination was.... a slip on the ice.  And not one of those 'gees I fell on my bum and it hurtz' thingee ...npe.  It was a 9/11 crash smack dab down on the street... felt like Jesus ran me over on his way to a sale at Walmart.  Goddam Jesus!  Anywayz.....landed right on my ribs and the gist of it was a lung collapsed and I couldn't breathe....and phone calls were made....and the Ex ended up taking me to the Mergeny Door and they took an extra-Ray thingee and shaved my chest (damn near took my right nipple off doing it, too) and the Doctor what was in charge&stuff cut this small whole in my chest and stuck some big honking tube into me with great forge and vigor...like I was a vampire or somethingand then hooked me up to something or something that soounded like a Hoover rug cleaner and then they shot me up full of of morphine and shipped me off to a room to suffer.


On the margin of the river
washing up its silver spray,
we will walk and worship ever,
all the happy golden day.

well, here;s the story.  Spent some time up in that there hospital....and some of the folks that took great of me were beyond great.  Maybe except for the woman who woke me at 3 am , after I finally fell asleep, to ask me if I was having trouble sleeping and did I want a pill.
The Student nurses that looked in on me were also very nice....wish I could remember their names.  They were both about 4'11" and were as funny as all get out.  When I told them that I,ah, was having trouble with,ah, bowel movements....they were absolutely delighted in the opportunity of giving me a suppositry. "Thank you very much," I replied,"but I have had a lotta experience getting things stuck up my ass.  I can mange.  Just leave it on the sink."  I swear, they were rather crest fallen. 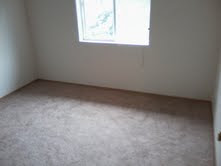 The deal is, though, that pain is a lonely thing.  Doesn't matter what you broke, a leg, an arm, your heart, your lung, your toe, your hopes, dreams....it just plain hurts and it is all yours and no one else can truly understand or even come close to it.  You own it, whether you like it or not  One of the worst things you can do is say something like, "I know how you feel" or " it will get better".  Nasyt things to say, cause you know they don't understand and that after you have been truly hurt, you never quite get better.
Pain does make you think.
Made me think of all the hateful rhetoric pounding around the airwaves....hurtful stuff..."Guns don'kill, people do" is one of them.  Thought of those kids in CT and how the response from the far right wing was..." well, we gotz too many guns so there is nothing to do about it.  That hurtz.  I thought of how Karl Rove and his ilk offer nothing to fix America...only suggestions that THE NIGGER PRESIDENT ( oh trust me...that is all they are saying...they just disguise it badly in other ways) has gotta go.  I think of how Grover Norquist and the Koch Bros spread the great UNTRUTH that greed is good and 'US GREEDY Folks' will get you a job...pushing brooms and emptying out the trash right after we steal you last flat nickel.  Yessirree, Bob.....I reach for another vicodin to ease the pain...and close my eyes to drift beyond what hurts and I hear that old hymn again....and how long Sharon's fingers were and how peaceful and healing it would feel as she would run them down my cheek.
But healing is not what the radical right Republican's want....they want power and money.... When the President passed the Affordable Care Act....the rich and greedly were quick to change the name to "Obama Care"....only because it would be impolitic to call it what they really wanted to call it.."Nigger Care".... oh oh oh... they would if they could....but they can't and all they are interested in is the insurance companies and how much they make and how much they spend to lobby for.....more money. 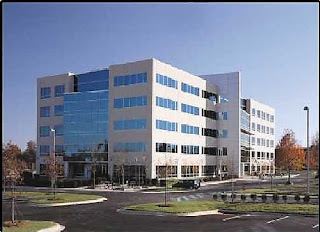 ....and golly gee, when they make more money they can build more insurance company buildings and fill them with people who write bills and for every bill those folks in those buildings...well....the money just keeps buiilding and building and then the rich and greedy can build more buildings and fill them with more folks that write bills......BUT...not a single person in any of those buildings make anyone WELL.
It really does hurt to think about it.  And when I think to much, I hear that song again.
Maybe we can get America Well Again...and maybe not.....but come spring, I will go down to the river and hope there is a God.....and that some day he will show up and share a beer with me.

I hope that most of your pain and suffering is over now. You are right about pain and how people can be unsympathetic even as they try to bestow sympathy. Listening, just listening, is the best thing to do--no one has to have all the answers. One has to be open to listening and then having an open and caring heart.

I'm so sorry to hear about how badly hurt you were. We've got a whole lot of melting snow and wet ice around here and the idea of falling scares me silly - even with the single payer health care. I never met anybody who checked themselves into hospital for their annual vacation.

The least they could have done when waking you up was to give you more painkillers.

Enough pain killers to deal with the Pope, the floating outhouse and a few loose meteors --
If it won't hurt your ribs to laugh a little, here's an article from Cracked about the meteors
<a href="http://www.cracked.com/quick-fixes/5-meteor-videos-that-prove-russians-dont-give-f2340k/>5 meteor videos that prove Russians don't give a f*&k</a>

PEN....pain killers are good....especially when watching the news. It worked well enough...I can cut and paste...;)