Used to be a  cigar was a  smoke and a burger beat anything.  A hamburger.  On a bun.  With ketchup.  Maybe cheese...but that was it!  It was plain, basic... and gosh darn good.  Nowadays it seems like you just amble out for a walk, ..see, and you're thinking, "Goddam, I sure could go for a burger!"  but but but...what you want, see, is a date with the Parson's daughter and when you stroll into a burger joint they flip you a menu that resembles a Las Vegas whore house full of aged and ugly hiding in lettuce tomato and plastic cheese.

Oh, and the stuff they put on them! Cucumbers, teriyaki sauce, guacamole, pineapples,fried eggs, jalapenos, blu cheese, bacon, mushrooms,onions.... oh gees!  Now, none of the above is particularly 'bad' on a burger.... but mostly they mush as much of that shit on one burger that the first thing I think of is, "I'm gonna wrap my lips around..THAT?????" Now don't be getting me wrong,see, cause I like to play with my meat as well as the next cook, and adding a little extra is ok....but what about the plain and simple iconic sandwich that means more to America than Hot Dogs ever did.

So I am thinking... what happened to hamburgers?  I used to stop at this cafe just off Hwy 51 just outside of Montello, a real Mom&Pop... Grandma is in the kitchen and the Daughter-in=law runs the counter.  Must have stopped there most every monday for 15 years.  Gees, by the time  I would spit a little gravel in the parking lot and amble on in, why see, my coffee was on the counter and maybe a newspaper and I knew my burger was on the grill.  We worked that all out long time before... if it was monday it was a hamburger with fries.  On a homemade bun, lightly buttered. Honest as all get out. Add a little ketchup.  Done.   See.. that's not much to ask.

So why is this so hard for the news peoples to figure out?  Just News.  Just give me a simple who -what -when -where -why and how serve it up to me on a homemade bun and then shut up. Well, maybe a little ketchup,see.  Now take this Iowa Caucus thingee....whiich is gonna turn into a Vermont thingee and a South Carolina thingee and ad nauseum.... see, all the news tells me is 'who is ahead'...... and not a single reason why they are ahead or what.... 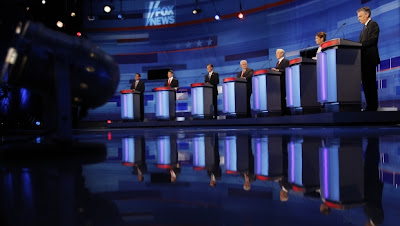 ..who's on first?  Not a decent burger in the bunch. Nope.  N0W... IF I WAS A REPUBLICAN... why I would be down right embarrassed.  It's bad enough it's just a bunch of whores... but this batch is like a forty year old whore wearing a bikini... and it sure ain't pretty, see.  And it is gonna get worse, cause soon, them whores is really gonna dance. 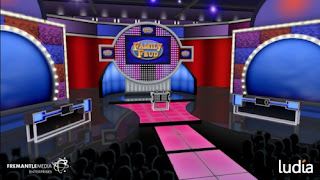 Reruns of Petticoat Junction will start to seem like intelligent entertainment.  I kid you not.


call me when the burgers done.
Posted by okjimm at 1:54 PM

I would not for the world want to figure out how, but I swear you and my husband share DNA. He also thinks there is a perfect and quite simple hamburger. His with a bit of raw onion, a single tiny pickle slice, and ketchup. How pedestrian. Sometimes I feel like a whopper and sometimes a quarter pounder, and sometimes blue cheese an jalapeno. You guys are dull. But otherwise I agree with ya.

I really miss the small burger joints that use to be in business all along the coast down here. One in particular had a huge screened-in porch and was so close to the beach you could here the surf on some days. Like you mentioned it was a just a burger, fries, and a bottled Coke or Pepsi from an old roll top freezer kind of place. Ask for anything greater than a slice a cheese on the burger or for a hot dog and they would literally throw you out of the place. This place, called Pop's Grill was started up around the late 40's and after being passed down to a new owner or two went out of business around 1995.

As best as I can figure out McDonalds and the other national chains simply ran them out of business.

There was a place in Panama City Beach that had the BEST burgers..... I cannot for the life of me recall the name right now, but it was in the Edgewater shopping center, right next to Food World......had the tastiest 1/2 pound burgers that they would make from scratch right in front of you and char-broil on a huge grill. Those burgers were orgasmic. I was crushed when I went home for my 20th reunion and it was gone. Sigh.
that Red Robin overload crap SUCKS.
I like exotic from time to time (I LOVE Bleu cheese on a burger, along with mushrooms and bacon), but a truly well-made burger needs nothing beyond the basics.