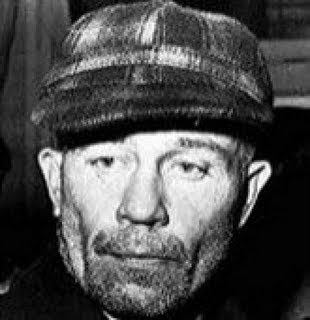 I really like the youth of America. They are clever, imaginative and innovative. Also..... most of them are young.
... and if they are really really bored..... and they have access to video equipment.... all sorts of stuff happens.
The most interesting one that has come to my attention, in my part of the woods, is the filming of a, ah, rather strange movie..... Ed Gein: The Musical.
Ed was a serial killer/grave robber/necrophiliac/cannibal who was apprehended in Plainfield, WI in 1957 with a woman's body strung up like a dressed deer in his shed. He was the inspiration for Norman Bates in Pyscho, Buffalo Bill in Silence of the Lambs and Leatherface in the Texas Chainsaw Massacre.
A local bunch turned this into a musical. A trailer clip is available at http://www.viddler.com/explore/videotrends/videos/43/ . The premiere is Jan 7. I can't wait. A local new story relates that they filmed the whole thing for $9,000; most of which was spent on pizza and beer. 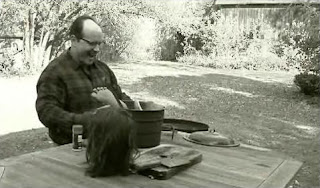 Thanks for the write up. A couple quick corrections: First, that trailer is actually a prescreener used to drum up interest, the official trailer is at http://www.edgeinthemusical.com , second the premiere is actually on Jan. 2nd at the UW Fox Valley Arts Center. Thanks again for the interest, can't wait to meet you at the premiere.

Holy hell, I wish I could be there. An Ed Gein musical is pure genius.

There's nothing like the enjoyment you get adding some local color to your posts - even if it is just red.

well.... all set to go to the premier! I'm guessing it will be gruesomely good/bad/funny/interesting....